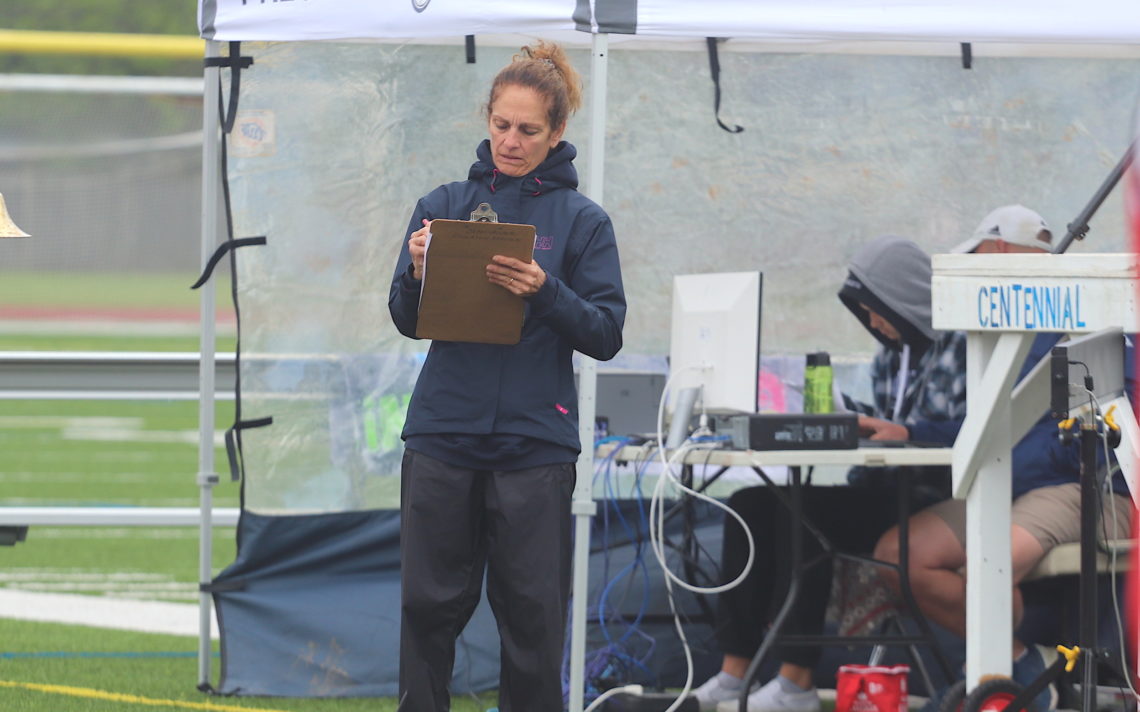 Rina Rode is ready for a change.

The 62-year-old St. Catharines native, who has spent the last 36 years as a teacher and athletic co-ordinator, feels the time is right to retire.

“I’m ready to go on and do other things,” Rode said. “It’s been great. I’ve loved working with everybody but it’s time to move on and get somebody younger in there with more progressive skills too.”

Rode is officially retired but has been occasionally helping her replacement, Sean Medeiros, who is taking over as coordinator of athletics for the Niagara Regional High School Athletic Association and for elementary athletics at the District School Board of Niagara.

Rode, who is perhaps best known for her love of fitness and commitment to track and field — it’s hard to image a high school track meet without her at the finish line — got into teaching at the behest of her father after two years of unfulfilling work in radio where she did everything from production to sales to on-air work.

“When I graduated university, I worked in radio for two years at CKTB but that was just not for me,” Rode said. “Dad convinced me to go to teacher’s college because I didn’t know what I wanted to do and I loved it.”

Her first teaching job was in Fergus. Current Brock women’s basketball coach Mike Rao landed a position in nearby Palmerston at the same time and it didn’t take either long to realize they missed Niagara.

“We were sick of it and coming home almost every weekend,” Rode remembered. “We’d take turns driving home.”

Rode worked for two years at the St. Catharines Collegiate before spending 19 years at Grimsby Secondary School where she was heavily involved in the school’s fitness program.

“When I got to Grimsby, they were already teaching fitness for seven or eight years. I think they were the first school in province to have a fitness program,” Rode said. “We were doing a ton of workshops and intros to it for other boards that were interested in picking it up. They were really ahead of the game. That was my favourite.”

Rode then moved to Sir Winston Churchill for six years before taking a new position of co-ordinator of athletics in 2008. She retired from teaching in 2015 but kept her role as co-ordinator.

“The plan was to do it for three to four years while (daughter) Katie was still in school. It just kept getting delayed. COVID came and they asked me to stay one more year,” Rode said. “Now I’m ready.”

Rode saw time and time again the benefit of sport at the high school level.

“For some kids, it’s the only reason they go to school,” she said. “Where they don’t necessarily connect academically, they do athletically and that becomes social as well and they’re getting good relationships and sometimes inspires them to do better academically.

“They go hand in hand. I don’t think you can have one without the other.”

She has also seen the landscape of high school sports shift.

“There have been a lot of changes. There are so many societal changes that it gets reflected in everything you do,” she said. “There are lots of good changes, lots more sports being offered than originally, lots more opportunities.

“I have to think positive and think all the changes are for the better.”

Rode said she has many more positive memories than negative.

“There are tough times definitely through it and COVID would be one of those tough times but when you look back you only remember the good stuff and the relationships you made,” she said.

She is particularly fond of her time as a co-ordinator.

“Of course when I first retired from teaching you miss the kids but that’s been done for seven years,” she said. “I’ll miss the coaches, the program chairs, the administration I dealt with.

“Of course I’m going to miss my boys, no doubt about that. Just sharing the office with those guys was a ton of fun. When it was Harvey (Haggerty), Larry (Miller), Sandy (Wilkes) and myself we laughed, we giggled. They are all such great people to work with and all have such strong depth within the sporting world that you could bounce anything off them and receive great ideas, suggestions.

“I can’t say enough about all of them — they’re all great people.”

Rode and her husband Mike Ross are looking into purchasing a home in the Tampa area of Florida where daughter Katie was hired by the Tampa Rays for an 18-month internship through the Major League Baseball Diversity Fellowship Program.

“The plan is to spend a lot more time down south; spend the winters there near Katie and summers here.”

Rode, who has been to every Major League Baseball stadium with the exception of the new park in Texas, is getting used to her new routine.

She admits it will be a bit strange, especially come September when the new school year begins.

“I do think about that. My mornings were get up and go right to my laptop and start working on stuff so maybe now with things looking a little more optimistic I can get back to the gym,” she said. “I have not been doing that since COVID. I’ve been afraid to go back. Maybe that will be my mornings.”