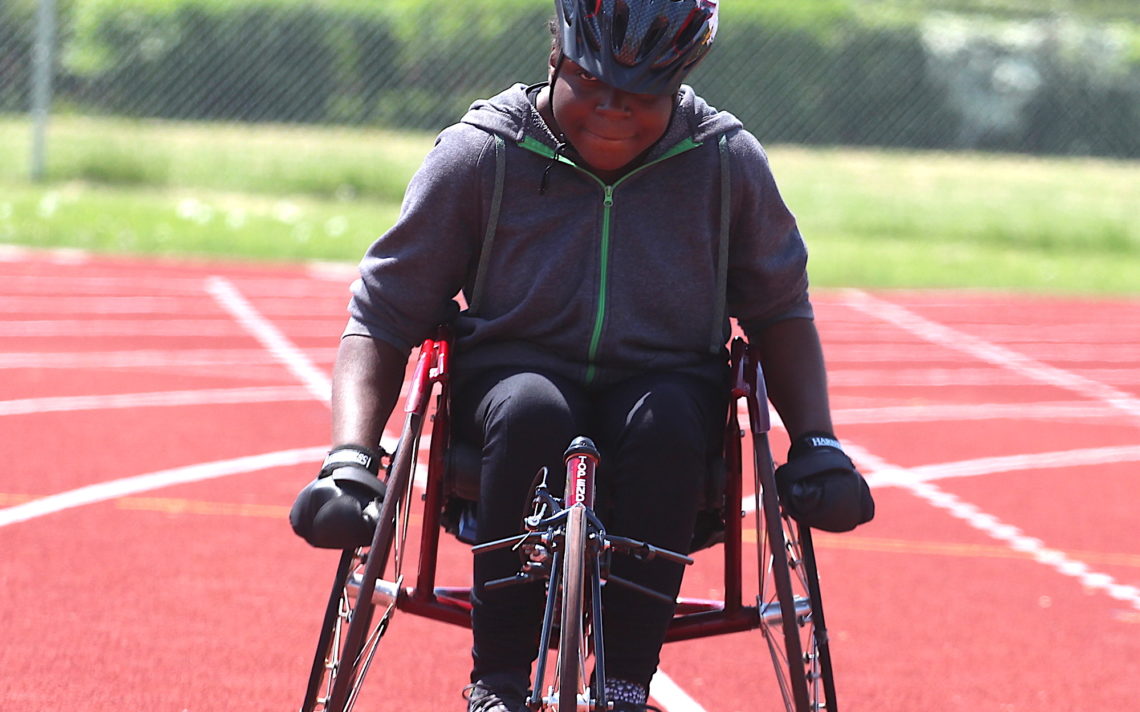 The lonely life of a wheelchair racer

“It is really difficult,” said Karen Natho, the founder and director of the Brock Niagara Penguins, which runs the Parasport program in Niagara.

“You can imagine. They run all the heats for all the males and females and then they have the category of wheelchair male and female. They line her up and she races against the clock. There is no motivation of other people on the track.”

Kanice admits it’s difficult to be a solo racer.

“It is tough, but mentally I feel it is me and my inner self competing so I have to push past the mental block I face every week,” she said. “It’s difficult, but at the end of the day, I have to do it because I have people counting on me. I may not know them, but they are there.”

What isn’t there are fellow competitors.

“At first it was weird for me to me getting that much attention but now I am getting used to it,” she said.

Natho was approached by the McLean family and Governor Simcoe to help out with Kanice’s racing exploits. Natho was able to find a sponsor to provide her with a racing wheelchair ($3,000 new) and a set of racing gloves ($970).

To provide some competition for Kanice, Natho will race against her in practice in a wheelchair and past Paralympic athlete Linda Hamilton races against her using a hand cycle.

“It gives her some motivation because poor Kanice has no one to race against until she gets to OFSAA Ontario Federation of School Athletic Associations championships),” Natho said.

McLean is still on a high after setting her personal best at last week’s SOSSA meet.

“Last week, it was mental,” she said. “I always go to practice and I always work had and I was saying to myself that I know I can do better than I did last time and that’s what I did.”

McLean drew on her heritage when she decided to become a wheelchair racer in Grade 9.

“I am from Jamaica and obviously Usain Bolt is big in Jamaica,” the Grade 11 student said. “I used him as an inspiration, but I also wanted for me to inspire others because inspiring people is something that I feel is important.”

Inspiring people is her biggest thrill in racing.

“I have a disability (cerebral palsy) and it shows that even people with disabilities can achieve great things. It’s not just able-bodied people.

“Last year after the season, I was thinking I could have done better. I would come to practice and I wouldn’t really take it that seriously,” she said. “The results showed that I could have taken it more seriously and this year it is full-on seriousness. I am here to do what I have to do.”

“She has had an unbelievable season,” Natho said. “She has an increased amount of commitment and dedication and she is here every day.”

Natho feels Kanice has made the leap from a recreational athlete to a competitive one.

“Our goal now that Kanice has shown she is dedicated is to get her to go to the Ontario ParaSport Games and start competing against other youth and young adults of her similar class,” Natho said. “Now she is affiliated with the Penguins and we will be able to make that connection.”

Kanice is excited about her future in the sport.

“I always say I want to go to the Olympics but I know I have to work harder to get there,” she said. “But I have to start somewhere.”