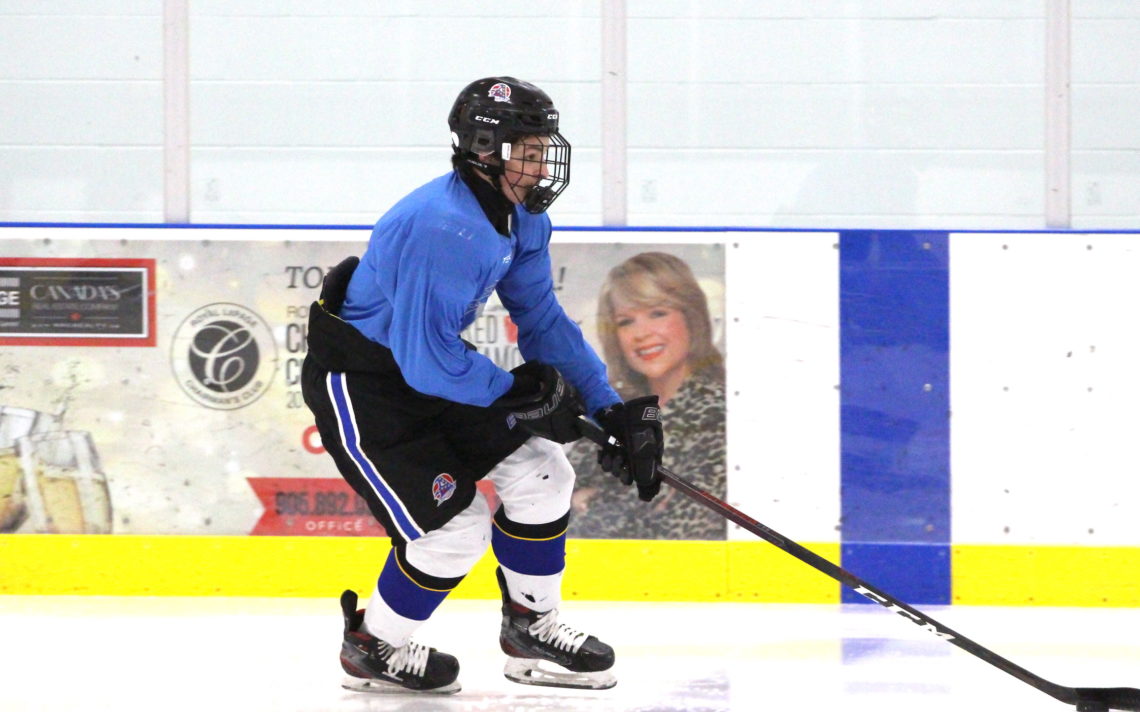 The centre of attention

The 15-year-old, Grade 10 student at Port Colborne High School has been focusing on the Ontario Hockey League draft, which is normally held in April but has been pushed back indefinitely with the OHL season still in limbo.

“I think about it a good amount,” he said. “Everything we’re working for is two or three months away now.

“I’ve always wanted to play in the OHL. It’s always been a goal of mine.”

Tonelli, a solid, two-way centre who is also a dynamic playmaker, feels he is ready to make the jump.

“I think at first it will be nerve-racking but after that, once you get used to playing with higher skilled players, it will be like any other game,” he said.

Tonelli was a winger until bantam when Southern Tier Admirals head coach Steve Webb moved him to centre.

“I’m an all-around centre,” Tonelli said. “I move the puck well and can play defence well and I can finish if I need to.

“I think my main role is passing the puck, being a good playmaker, and giving the puck to them, winning the draws and getting possession either in our zone or their zone.” 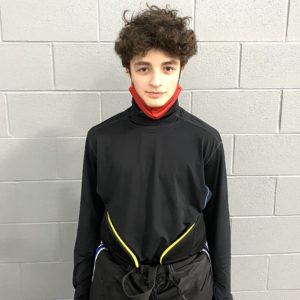 Tonelli doesn’t mind playing in his own end either.

“You have to be there for defence, too, since we’re very offensive as a line. Playing defence is a huge thing and then breaking out from there,” he said. “I don’t find it that difficult, some people might, but as long as your endurance is up and you’re working for it, it’s not that hard.”

Tonelli centred the Admirals top line last season between Dylan Lariviere and Chris Reid before their season came to a halt on the verge of the playoffs due to the COVID-19 pandemic.

“We have great chemistry as a line. We know where we’re going to be and what each player is thinking.

“If I’m behind the net with the puck I know either Dylan or Chris is going to be back door or in the slot and we find a way to make it work.”

Webb said the line can do it all.

“That line were the second highest scoring line in SCTA (South Central AAA),” Webb said. “They performed so well last year. No team held them off the board. They were just too powerful.

“Sam is an elusive skater with a great set of hands. He is tenacious. That combination of Chris’ great speed and shot, Dylan’s big body down low with a good hockey IQ and Sam, they compliment each other so well.”

The Admirals had been practising on and off since last summer and even had a chance to participate in some three-on-three and four-on-four no-contact tournaments.

But all that was shutdown last month when Niagara went into the grey zone and continues now with a province-wide lockdown.

“It was a little frustrating because we were right on the edge of going to OMHAs for our second time since atom and now we can’t even play in our draft year,” Tonelli said.

Tonelli has tried to keep in shape, running and biking with his friends, also also relaxing with video games.

“I miss it a lot,” he said. “It’s tough not being on the ice, even not being able to practice with our team, it’s really tough.”

This is the third in a series of profiles of local players who are eligible for the 2021 OHL Draft.