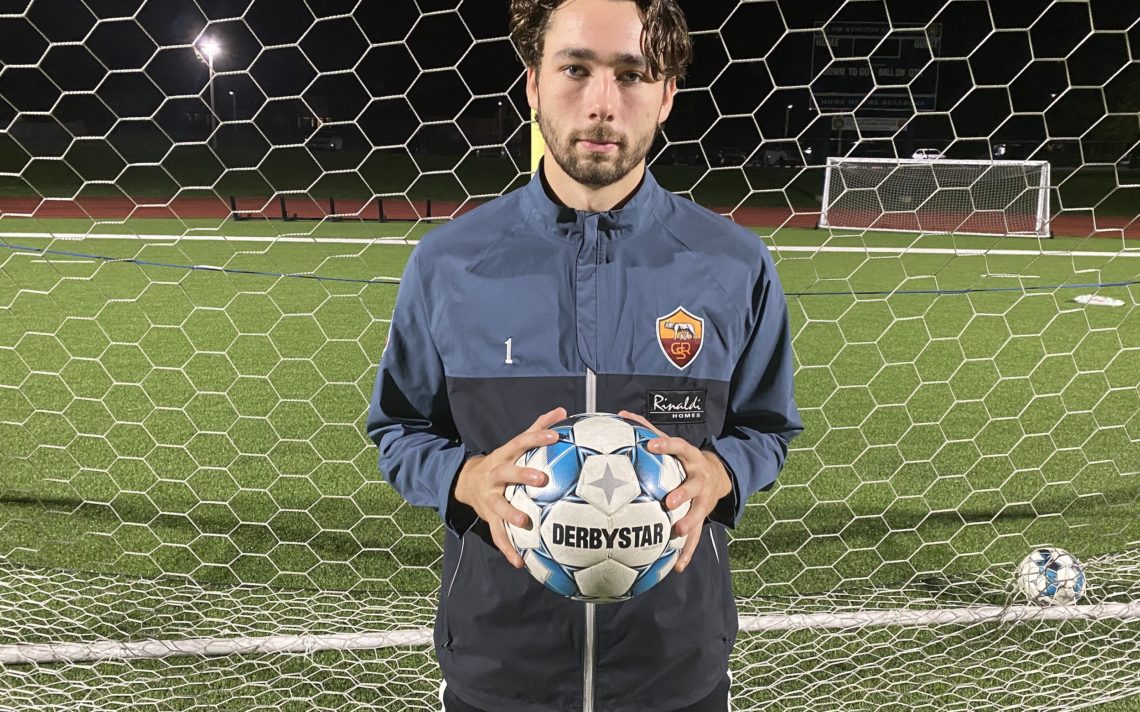 The calm behind the Wolves

Carson Provenzano has the perfect temperament for a goalkeeper.

The 21-year-old St. Catharines native keeps his emotions in check between the pipes for the St. Catharines Club Roma Wolves, a vital trait for any netminder.

“He’s very calm back there and that’s something goalkeepers should have,” Roma director of soccer operations Carmine Provenzano said.

“I’m pretty chill,” he said. “It takes a lot to get me upset back there. It’s better to remain calm.”

“Being the son of a coach, he’s almost a coach back there,” Carmine Provenzano said. “He knows the game really well. He could probably coach himself. I’m sure he will be in the future.”

Carson Provenzano had a solid rookie season for the Wolves last year and registered a shutout in the opener this season.

“He started off a little tight maybe, a little pressure on him coming back from last year, but I think in the last half of the season or so he’s shown why he’s a goalkeeper,” Carmine Provenzano said. “He’s progressing well.

“We always talk about how positionally he’s really good. He makes what would be hard saves for a lot of keepers look easy. It looks like he’s not over-stressing to make the big save whereas other goalies are making the big saves but may not be in the right position.”

He is awaiting his paperwork to go back to Italy once the Wolves season is over in a few weeks.

“It was great. It’s a massive difference,” he said of playing in Italy. “Here in North America we don’t have a soccer-based culture. Here, it’s based on hockey, football, basketball. Soccer is rising up but it’s not the main thing. Over there it’s soccer and not much else. Being in that environment where guys have lived and breathed the sport their whole lives, it was an awesome thing for me.”

The Wolves are now 4-11-4 with two games remaining in the regular season.

Carson Provenzano feels the team is headed in the right direction.

“Last year was a good start for us. We played with teams mostly our age. This year is a bit of a growing period for us because we’re playing against older guys 27-28, and we’re one of the youngest teams in the league. As the season has progressed, we’ve started to see us go up,” he said.

The Wolves have now won and tied their last two games after a convincing 4-1 win last week over Master’s FA.

“That’s a team that won Premier 1 two years ago. Obviously not the same team but they’re a founding member of the league so it was nice to beat them,” Carmine Provenzano said.

The Wolves host Pro-Stars FC (13-5-1) Friday in the final home game of the season. The close out the year Aug. 20 at Electric City.