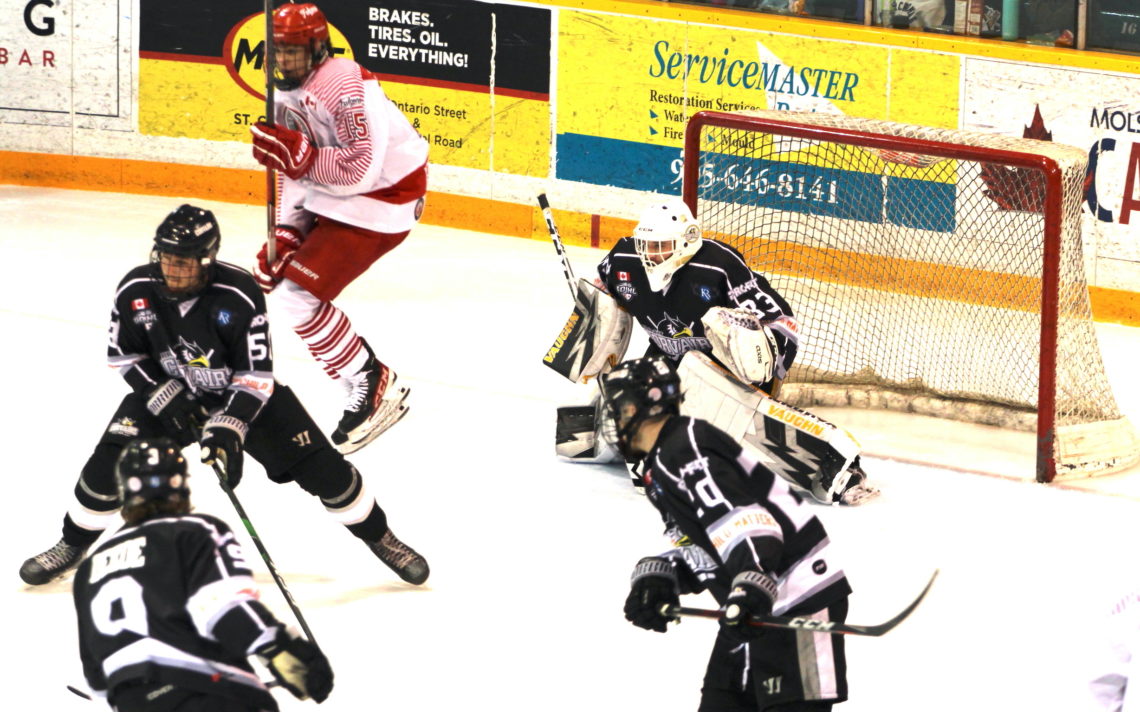 Testa likely to be first local selected in OHL draft

Luca Testa’s plans for the Ontario Hockey League draft are anything but grandiose despite the fact the 16-year-old Grimsby resident will likely be the first local played selected, perhaps as early as the first round.

“I’m just trying to keep it relaxed,” he said. “It’s a big moment for me so I want to spend it with my family. I’m going to enjoy it and have people over who believed in me and care about me.

“I’m just grateful for the amazing thing that is happening. I put a lot of work into it and it’s all coming true.”

Testa admitted the draft has been on his mind, but not to the exclusion of all else.

“I’m very nervous, but I’m trying to enjoy it with my family,” he said. “I enjoy talking about it but it’s not the top thing on my mind when I’m at home. When I’m talking about it I’m all focused in and trying to do my best and give the best answers.”

Testa has been contacted by a number of OHL teams and has paid visits to Barrie and Oshawa.

“It’s been pretty surreal. It’s cool to understand where they came from and where the organization originated from,” he said. “It’s cool to learn their day to day life and to see the facilities, the practices and the games.”

“I think as he continues to get bigger and stronger and his body matures, once he does that he’ll start taking over physically,” Stars coach Ryan Berard said. “He has all the tools. He has the brain, he has everything. He just needs to be patient and let the process take care of itself.

“Everything he does in pro-like with his mentality, his effort, his skill set. The whole package is there.”

“He’s a pretty good player. He’s got good size. He moves well, he is a good shooter. He buzzes on offence,” MacLeod said.

The IceDogs select fourth in the draft which begins Friday at 7 pm. with rounds 1-3 and continues Saturday at 9 a.m.

“He’s going to be a first-round player,” MacLeod said. “I can’t say where because I don’t know what 19 other teams are thinking but I think he’s going to go early.”

Testa indicated he will be thrilled, no matter the destination.

“I don’t want to turn down any team and I’m not the kind of guy to do that,” he said. “Obviously, I’d like to be close to home. It’s nice to sleep in your own bed but I’m going to be grateful wherever I go.”

Testa, a Grade 10 student at Blessed Trinity, is committed to pursuing hockey at the OHL level.

“My dream has always been to play in the OHL and then obviously the NHL growing up,” he said. “Getting to see and watch the games made me want to go the OHL way.”

Testa is only enhancing his stock with his play for the St. Catharines Falcons in the Greater Ontario Junior Hockey League playoffs where he has two goals and five points in six games playing against some players as much as five years his senior.

“It’s a very physical league. There are some very physical guys and some tough guys and it’s giving me a sense of how it’s going to be in the future,” he said.