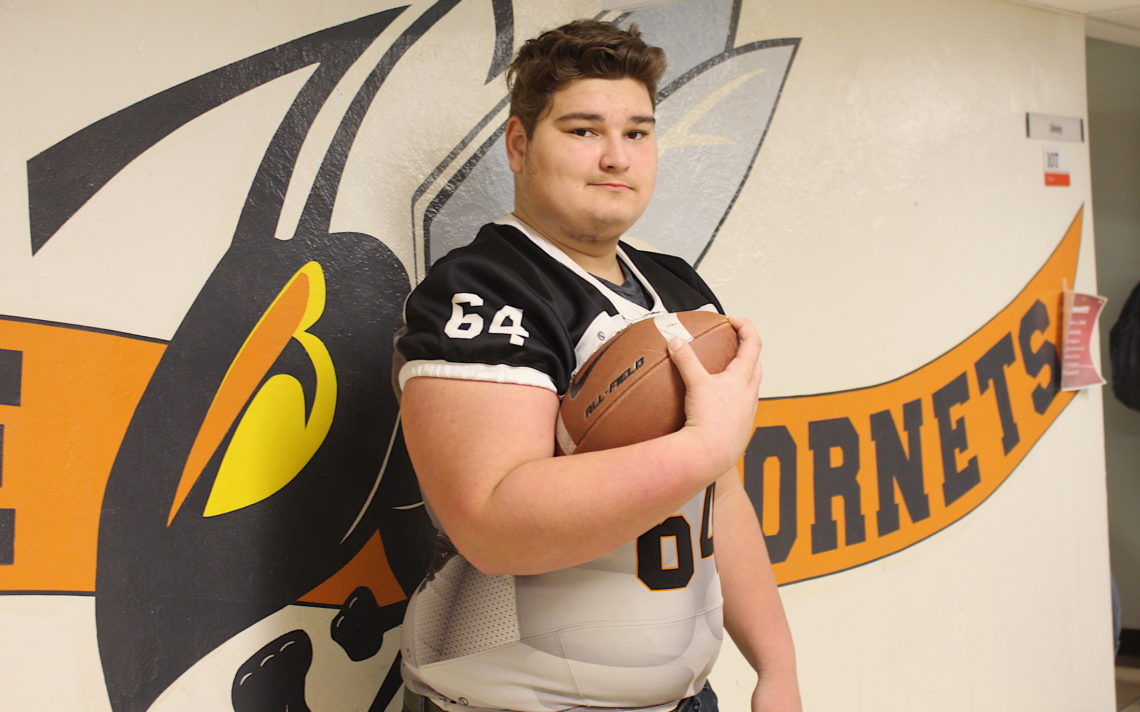 When Nathan Surla entered Grade 9 at Stamford, he was six feet tall and weighed 280 pounds.

He had played football for several years, but had quit the sport for one reason.

“I wasn’t really in shape and I hated cardio,” the 16-year-old said.

“My coach Brad Martin pushed me with the hills and everything,” Surla said. “Even though they hurt, they really helped. It wasn’t fun all the time but I did it.”

The hills referred to by Surla are the ones found by the school’s sports field.

“We are blessed to have a very good training tool out back, the hill,” Martin said. “For generations, Stamford kids have gone up and down that hill to get better and to get better cardio. It usually pays off.”

Martin knows of what he speaks.

“I had to do it when I was a student here so it is a tradition thing, but it pays dividends for our fitness kids, regular students and our athletes. It’s a great training tool and it is free.”

Players run the hill every day at football practice and it’s also a tool used in the school’s fitness classes. Martin says there is no set amount of time football players are told to go up and down the hills.

“It depends on how unhappy I am,” he said, with a laugh. “In a training session, we usually do four to six sets of up and down; front; back pedalling and bear crawling.”

It wasn’t easy for Surla.

“He struggled at first but he does quite well on it now and he knows it is necessary,” Martin. “When you are that big and carry that much weight, you have to have a big gas tank.”

As he ran the hills, Surla repeated a message to himself.

“I have to do them tomorrow so I might as well do them today.”

The 6-foot-2, 315 pounder’s hard work recently paid in a big way. He was named to the Team Ontario roster that will play Team USA in an International Bowl game Jan. 12 at AT&T Stadium in Dallas, Texas.

“When I first went there and saw the amount of kids, I was shocked,” the Grade 11 student said. “But I thought that every position was open and anyone can take them so I might as well take mine.”

Team Ontario selected eight defensive linemen out of about 50 trying out.

“It was odd going to the tryout and seeing kids my size for the first time,” Surla said. “I was thinking that there are always going to be bigger fish so I have to work.”

He wasn’t expecting to make the team.

“I was surprised after I made it through the first workout,” Surla said. “I had a sense that I had worked really hard and I was hoping that I would get something. When I got the email, I was really surprised.

“I was thinking all my hard work had paid in everything I had done from the hills until this moment now.”

He can’t wait for the game and the week-long training camp that precedes it.

“I’m looking forward to seeing all the schools that will be taking a look at me and I’m excited to think where football will take me.”

He will be going up against some tough American competition in Dallas.

“It will be my first time doing that so I don’t know what to expect,” he said. “I’m figuring it is going to be a tough challenge.”

Surla wold love to play university football in the States and Martin believes that goal is possible.

“If he continues to hone his craft and stay healthy, I think there is potential there.”

Surla brings plenty to the table.

“He’s very agile, he’s a lot quicker than he looks and he is just starting to learn how strong he is,” Martin said. “He works hard in the weight room and on the field and he does a great job in the classroom.

“He is just scratching the surface of what he can be.”

Martin feels Surla has also benefitted greatly from the coaching staff at Westlane.

“He has gotten some great coaching from coach (Jason) Babony and coach (Darrell) Harle, the line coaches over at Westlane,” Martin said. “For lineman, it is a great school. They have a wealth of knowledge and it is starting to show.”

Football can also be found in his family gene pool. Older cousin, John Surla, played linebacker at Western and in the Canadian Football League with the Montreal Alouettes. 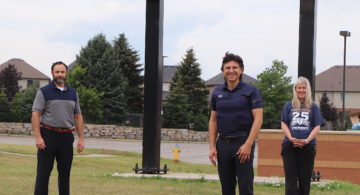 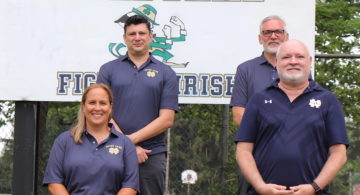 Turf’s up at Notre Dame