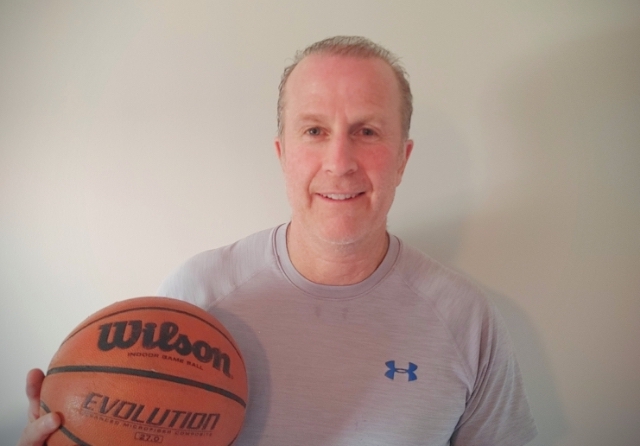 It was an easy choice for Willy Manigat to hire Pat Sullivan as the head coach of the Niagara Prep men’s basketball program that will launch this fall at Saint Paul in Niagara Falls.

Sullivan was the first person who reached out to Manigat when he was hired in July 2019 as the head coach of the Brock men’s basketball team. Manigat would later add Sullivan to his coaching staff with the Badgers.

“Pat understands,” Manigat said. “He has been with me now for two years and we have conversations about basketball, coaching and development and he has been part of the region trying to build things and enhance the basketball community for so long. He understands what the holes are and, from a technical standpoint, he is someone who speaks my language.”

That shared language comes from working together at Brock.

Manigat admits he looked elsewhere when he was considering a coach for Niagara Prep, hoping to add another strong coach to the Niagara Region coaching pool.

“But sometimes the grass isn’t always greener on the other side and talking with Pat it became more and more clear as I thought about the vision and how I want kids in Niagara to learn basketball the right way, that Pat is with me every single day talking, doing these things and doing it at a high level. For me, it was a no brainer.”

Accepting the position was also a no brainer for Sullivan.

“To put it as simply as possible, it just feels right,” he said. “It is like every experience I have had and they have been numerous. It has been over 30 years and the experiences I have had in club, in high school and at the university level have led me to this point.”

He feels the Niagara Prep program adds nicely to what Niagara United Basketball is doing do develop boys basketball in the region.

“It’s building the area from the ground up and it just seems like the logical next step in a great pathway,” the Denis Morris grad said. “We all have a tremendous amount of respect for what Ridley has done but this is a different model and another opportunity.”

Sullivan, who won a national title in 1992 at Brock, is new to prep basketball but will lean on Manigat and Niagara Prep girls head coach Dave Picton for guidance about the prep world. He also has had plenty of conversations with Upshaw, his co-founder of the Tigers.

“I have a basic understanding of it,” Sullivan said. “It is different in the sense that when you coach a high school team, you might have one or two kids who have really high aspirations and want to get there. Now I am responsible for a group of people who, for all of them, that is their goal.

“That takes some adjustment but it still comes down to establishing trust with those kids, letting them know that you are there to serve them and providing them with what they need.”

One of the hallmarks of Sullivan’s St. Francis teams was its vaunted press, but he is not sure what systems he will implement with Niagara Prep.

“One of the first things you start doing is planning in your head the way things are going to go and I have started to do that but I pumped the brakes a little bit because it has always been about what your actual roster is,” he said.

He will start to formulate his plan when the team is selected.

“I am hoping that roster is really good because that will make me look a lot smarter than I really am.”

Manigat, the team’s technical director, knows the style of play he wants.

He will leave the coaching decisions to Sullivan.

“My job is to support Sully and help him in any way I can,” Manigat. “But we have a lot of the same commonalties or thought processes and we have been at the same table for so long it is almost like we are on the same page.”

In his role as technical director, Manigat will be doing a lot more than just offering advice to Sullivan.

“It just means running the program for the men’s side like I have done by hiring Pat as head coach. I will help with putting the coaching staff in place, the recruitment and just building the program.”

The program is launching this fall under the Niagara Prep banner, but Niagara Prep founder Picton won’t be as involved as he is with the girls program.

“Dave will be the first to admit it. As much as he is excited about it, he also has plenty on his plate with running the women’s program,” Manigat said. “He doesn’t want to be involved in terms of the day-to-day things that happen with the program. It is Niagara Prep and it is his program and he’s going to support us from the outside with everything that we need which he has done tremendously already.

“We understand how important this is for our region and he is supporting us in this and it will be my responsibility to put in place everything that we need with the assistance of Lou (Saint Paul principal Stranges) and my coaching staff.”

Recruiting will be a key comport of Manigat’s role.

“Recruiting is all I do. We already have had conversations with kids who have reached out to us.”

Manigat has been able to use his contacts from his previous experiences coaching at the prep and AAU level.

“Quite frankly, I already have about 20 kids I have to call back who have reached out. I have to evaluate them, watch their film and communicate with their parents.” 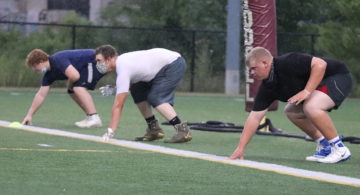 Spears carry on despite pandemic