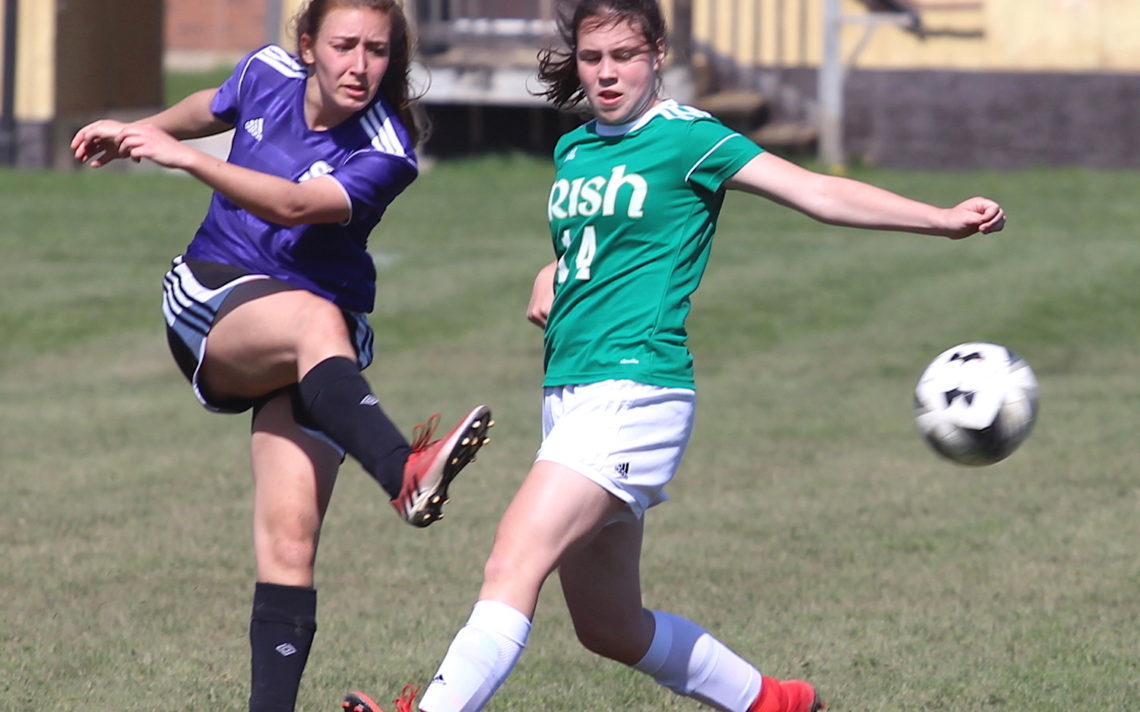 There’s nothing a coach likes more than having a talented player fall into her lap. 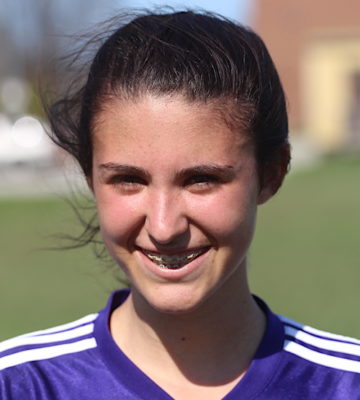 The Grade 10 student, a transfer from Denis Morris, scored a goal and was a threat all game Tuesday as the Phoenix doubled the visiting Notre Dame Fighting Irish 2-1 in Niagara Catholic Athletic Association play.

“I didn’t know much about Mya, but I knew that she wanted to come out,” Labrovic said. “We thought we would give her a try and to our surprise and to our benefit, she has been a great addition for us.”

Labrovic has been impressed with the feisty style of play that D’Intino brings to the soccer field.

“She is really strong and tough player up top and goes hard for every ball,” she said. “She was a nice surprise to have at the top.”

The 15-year-old striker has made a smooth transition to her new school.

“I knew a bunch of people here so it was easy for me to come here,” she said.

That ease of adjustment was also the case on the soccer field.

“I have fit in really well and the girls are nice,” D’Intino said.

She feels her speed and foot work are the biggest attributes

“I feel I can position myself to get the ball where I want it to go,” said the member of the St. Catharines Jets under-16 squad.

D’Intino feels the Phoenix have excellent potential this season and the goal for the team is a spot at the Ontario Federation of Secondary Schools Association championships.

“It’s how feel we all collaborate together,” she said. “We make good plays and have bonded really well.”

Sophia Al-Kayed also scored for the Phoenix, who improved to 3-0 in NCAA action, while Samantha Duncan replied for the Fighting Irish.

“We’ve really come together as a team,” Labrovic said. “It’s pretty much a brand new team and we have a lot of new faces on the team. We’ve really meshed well.

“We have played a couple of tournaments and that has benefited us and it has allowed us to grow as a team.”

Included in tournament play was a win in the St. Francis Nick Micieli Memorial Tournament last week. In the Micieli tourney, the Phoenix recorded a 1-0 victory over Notre Dame.

“We’re built on the strength of our strong defence and strong forwards,” Labrovic said.

Notre Dame coach Tim Bisci was hoping his team could erase a 1-0 halftime deficit with the help of a strong tailwind in the second half, but after tying the score 1-1, the Irish surrendered the last goal of the game.

“Our midfield needs to push up a little bit more,” Bisci said. “We had a tough time getting to the 50/50 balls and we have to run more.”

The Fighting Irish fell to 0-3 on the season in NCAA play.