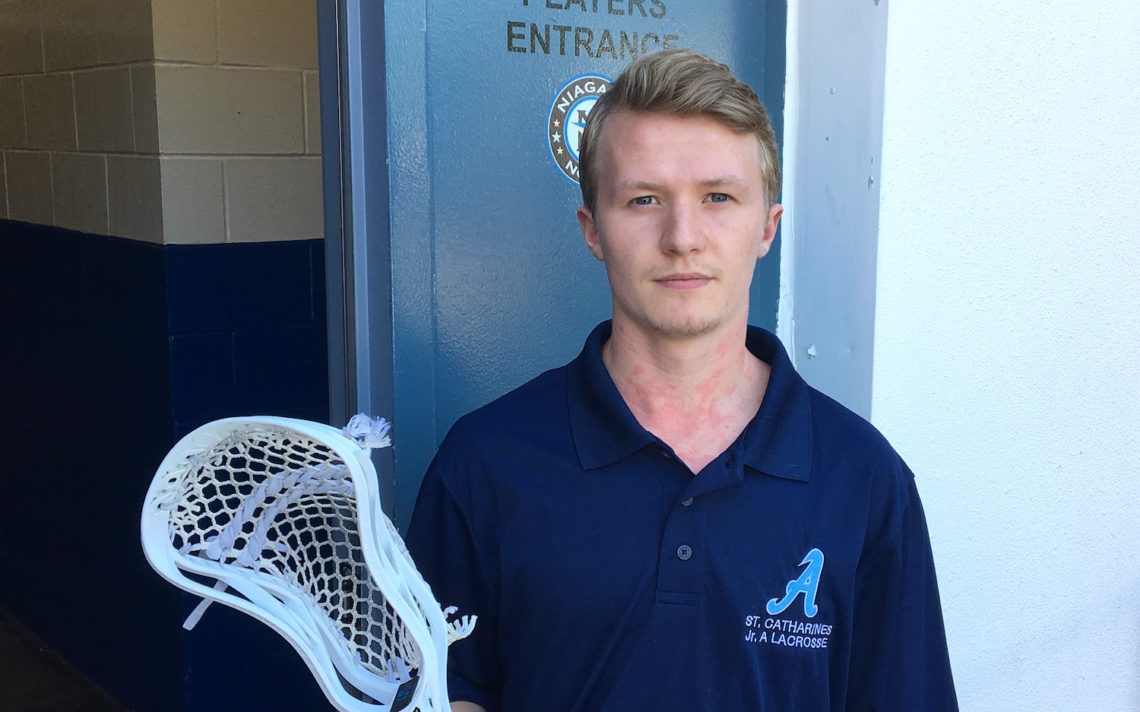 Carter Zavitz doesn’t take for granted the privilege of attending one of the top learning institutions in the world.

The 19-year-old Denis Morris graduate recently completed his first year at Princeton where he is studying economics and was also a key recruit for the school’s field lacrosse team.

“I think the opportunity to go there is very limited; not everyone gets the opportunity to do it,” Zavitz said, before collecting four points Wednesday to lead the St. Catharines Athletics past the Burlington Chiefs 10-8 in an Ontario Lacrosse League junior A game at Jack Gatecliff Arena.

“That’s what I’m most grateful for, the opportunity to go away to school and play lacrosse at such a prestigious school.”

Zavitz can’t believe how the school is able to offer such a high education and also field so many top notch sports teams.

“The classes I’ve taken and the coaches I’ve played for and players I have met have been a great experience. It’s definitely something I’m not to take for granted.”

Zavitz is enjoying the experience but admitted it’s a grind — a normal day of gym work, classes and homework and lacrosse can start at 6:30 a.m. and end around 8 p.m. — but it’s an opportunity he wouldn’t trade for the world.

“It’s funny because one of the very first classes I took was chemistry and my professor told us to relax. (He said) you are acting like you’re still trying to get into Princeton,” he recalled. “It’s the same work ethic. You’re accepted but you still have to keep that drive and focus for your school work and athletics to be successful.”

Work ethic is not an issue for Zavitz, who was on the honour role every semester at DM and lettered three times in both lacrosse and hockey.

“In elementary school, you’re not thinking about it too often but as I approached high school I realized I wanted to go away to school and the higher my grades were the way more opportunities would be available to me,” he said.  “You have four years to do it so you might as well do your best and get the best grades as you can.”

His hard work in the classroom was only half of the equation that enabled Zavitz to attend Princeton.

He’s also a high-end athlete, who has 18 goals and 43 points in just 11 games for the A’s. He got into four games as a freshman for the Tigers.

“The transition from box to field was the most difficult because, although I had played high school for Denis Morris, the field lacrosse here is a lot different from the game down there,” he explained. “It’s more systematic. You dodge down the alley and pass the ball. You do certain things that are different from our field game here.

“Down there, it is more of a team game. It’s hard to be successful individually playing Division I lacrosse. You can’t do it yourself.”

Zavitz missed the first three games of the A’s season while he was finishing up at Princeton, but kept a watchful eye on the club via computer.

“We’re off to a really good start,” he said. “We’re right where we want to be, in a good position to make the playoffs and if we keep working hard, hopefully have a run in the playoffs.”

Zavitz echoed the opinion of many of his teammates saying the chemistry is as good as he has ever seen it.

“The atmosphere in the dressing room is amazing. I’ve never seen it like that before.”

The A’s improved to 9-5 with the win Wednesday.

Nick Damude made 43 saves for the win.

Monday, the A’s dropped a 9-7 overtime decision at home to the Brampton Excelsiors.

The game was tied 3-3 after one, 6-6 after two and 7-7 after regulation. The Excelsiors scored the only two goals of OT.

Tyler Kolodka and Simmons had two each while singles went to Zavitz, Pilon and Mario Caito.

The A’s are at Peterborough Friday and Toronto Sunday before hosting Mimico next Wednesday.