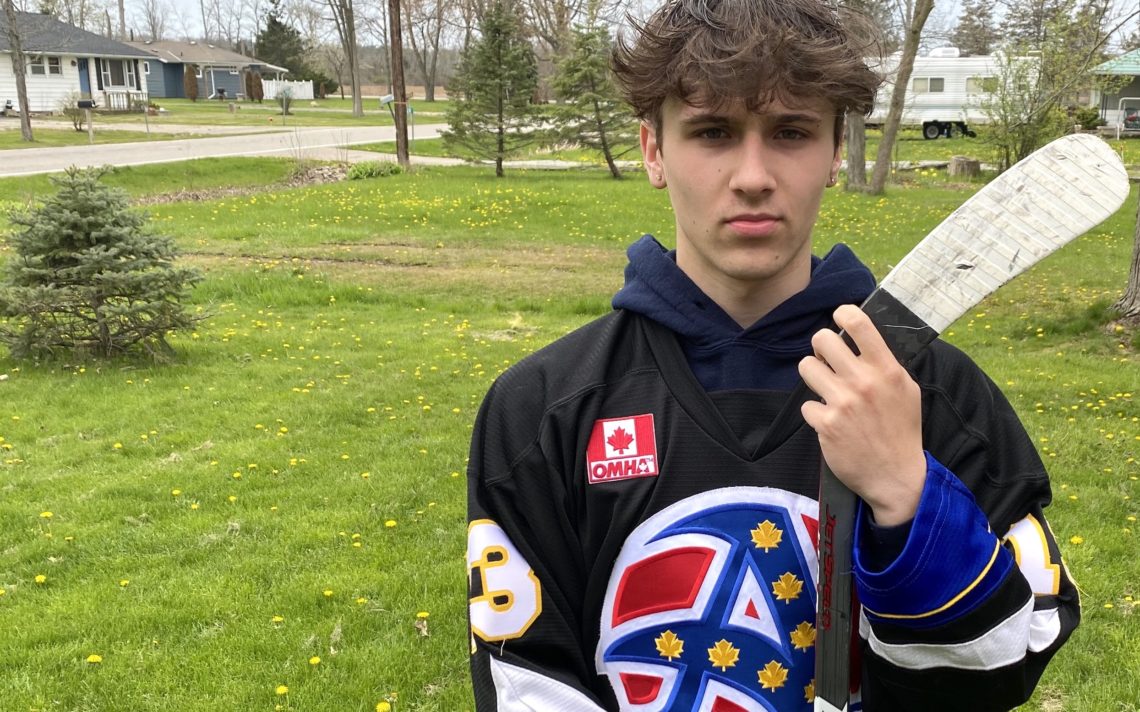 Sticking it to the opponent

Nolan Stickland is the kind of player you love to hate.

The 15-year-old winger for the Southern Tier Admirals is a classic agitator, the type of player who gets under the skin of the opponent with his rugged play and non-stop mouth.

“I’ve been like that my whole life,” the Grade 10 student at Greater Fort Erie Secondary School said. “I find ticking off the team is better because when they get upset with you they take dumb penalties and your team can capitalize on that.”

“I like the role. When my team is down and when I go out and make a big hit or am on the bench chirping a team at a face-off, our team goes off of that energy and they join in sometimes and seem to go off that energy and be better.

“It’s pretty easy because that’s just my attitude. I just go out there and do it. I have fun when they are staying stuff to me, I don’t say anything back and that pisses them off even more.”

“What’s attracted the scouts to Nolan is the fact he is a very powerful and fast skater who is an exceptionally hard player to play against,” Webb said. “Any time he is on the ice he is making something happen, whether it’s because he has been incredibly physical or because he had a great back check or had a great scoring opportunity.

“Sticky (Stickland) is an Andrew Shaw. He absolutely infuriates opponents with his play and his ability to throw out a chirp.”

“He has a wide, powerful stride and he has some decent hands,” Webb said. “He can finish but if he focuses on the idea that he is going to go out and provide huge energy and most of the goals are going to come as the result of him forcing a turnover, I fully believe if he gets drafted when he shows up at camp the second year, 17 turning 18, he is going to make it impossible for a team not to take him. They’ll plan a fourth or maybe a third line around him.”

Stickland has been focused on the upcoming Ontario Hockey League draft which will be held over the course of two days, with rounds 1-3 on Friday, June 4 at 7 p.m. and rounds 4-15  Saturday, June 5 at 9 a.m.

“It’s been on my mind since I was a little kid,” Stickland said of the draft. “I started off in Fort Erie and even from there I wanted to be in the NHL and OHL and go somewhere with hockey. Now, since I actually have a chance to do it, it’s the only focus I have right now.

“It’s been on my mind every day when I wake up.”

Stickland has been working out two hours per day in the gym as well as riding a bike for his cardio to prepare for whenever he can return to the ice.

“It’s been pretty hard (not to play this season),” he said. “It’s hard to hear when other people — I’m friends with a bunch of other 04s and 03s that played STCA in the past — and how their draft year was the best and not having one of those years sucks because of the OHL Cup and all of that.”

Stickland has had contact with some OHL clubs — he mentioned Peterborough, Kingston and Oshawa —and Webb feels he has a future at that level.

“His skating will get him a look,” Webb said. “If he stay true to (his identity), he will earn himself a spot on an OHL roster at some point.”