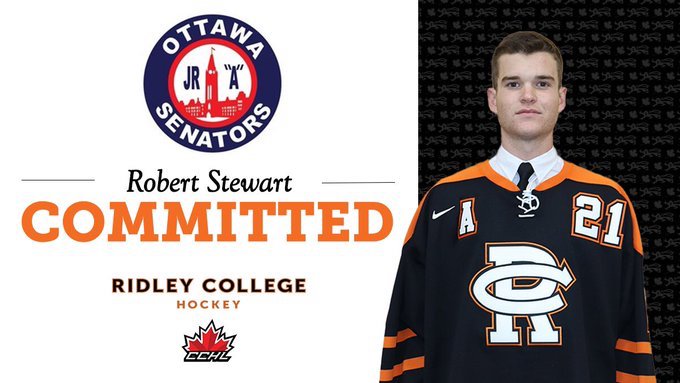 Robbie Stewart is excited for the next chapter in his climb up the hockey ladder.

The 18-year-old St. Catharines native has signed with the Ottawa Junior Senators of the Canadian Central Hockey League after two seasons with the Ridley Tigers.

“Some teammates from last year went up there and being in touch with them all I heard was great stuff,” Stewart said. “I’ve been interested in playing in the CCHL anyway.”

Stewart stayed in contact with former Ridley defenceman Max Blanchard, who played with the Junior Senators last season, and also had several chats with Ottawa assistant coach Jamie Mayo, which he said made the decision much easier.

“That connection really drove it and my sister goes to school in Ottawa as well and that helped the cause,” Stewart said. “I know they’re a great team and organization.”

Stewart is relieved to have his future mapped out.

“With the situation everything is in now, it’s good to have that set so now I just need to get on ice and get in shape for it. I’m really excited for that and the new level.”

Stewart, a 6-foot-3, 185-pound defenceman, recorded three goals and 13 assists for 16 points in 17 games with the Tigers this past season and earned five games at the junior level with the Pelham Panthers of the Greater Ontario Junior Hockey League.

“He has shown tremendous growth over the last two years and really matured as a person and as a player,” Ridley coach Mike McCourt said. “His in-game decision making evolved and he emerged as a leader on our team both on and off the ice.

“He played an integral role on our team.”

Stewart feels he has progressed in his two years at Ridley.

“Coach Mike (McCourt) and the staff really helped me develop,” he said. “I think the biggest thing was trying to get more confidence. Starting off my first year I was a little timid but once I understood what was going on there and I started to learn more about myself and how we were going to play, I think I grew a lot.”

Stewart was drafted in the 12th round (221st overall) of the 2018 Ontario Hockey League draft by the Sudbury Wolves, but opted for Ridley.

“I knew Ridley was going to be a good choice and has lots of exposure for everything so it was the right place for me to keep all my options open and keep developing,” said Stewart, whose father Brad is a former St. Catharines Falcon. “It was great. We’re on the ice tons and tons of travel so you get used to that aspect. Obviously both years were great winning the MPHL (Midwest Prep Hockey League).”

Stewart hopes to use his time in Ottawa as another stepping stone to his ultimate goal.

“My goal is to get a scholarship to the NCAA so this is just the next step. Hopefully I get a couple of years in with Ottawa and then see what happens from there,” he said.

The Junior Senators are excited to add Stewart.

“Jamie Mayo watched him all winter and seemed pretty certain that he could be a player at our level,” head coach Martin Dagenais said. “He came highly recommended by Mike McCourt. All the players that he’s sent us over the years have been excellent for us. Once he adjusts to the caliber of play of the CCHL, we are confident that Robbie will become a reliable two-way defenceman.” 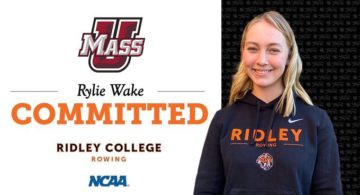 Wake up for next challenge 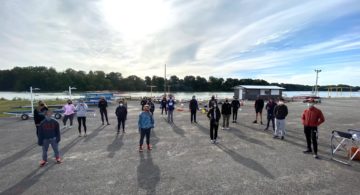 Sports continue at Ridley despite pandemic 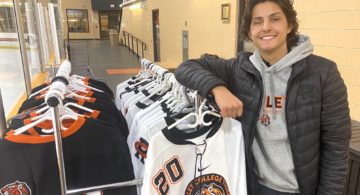