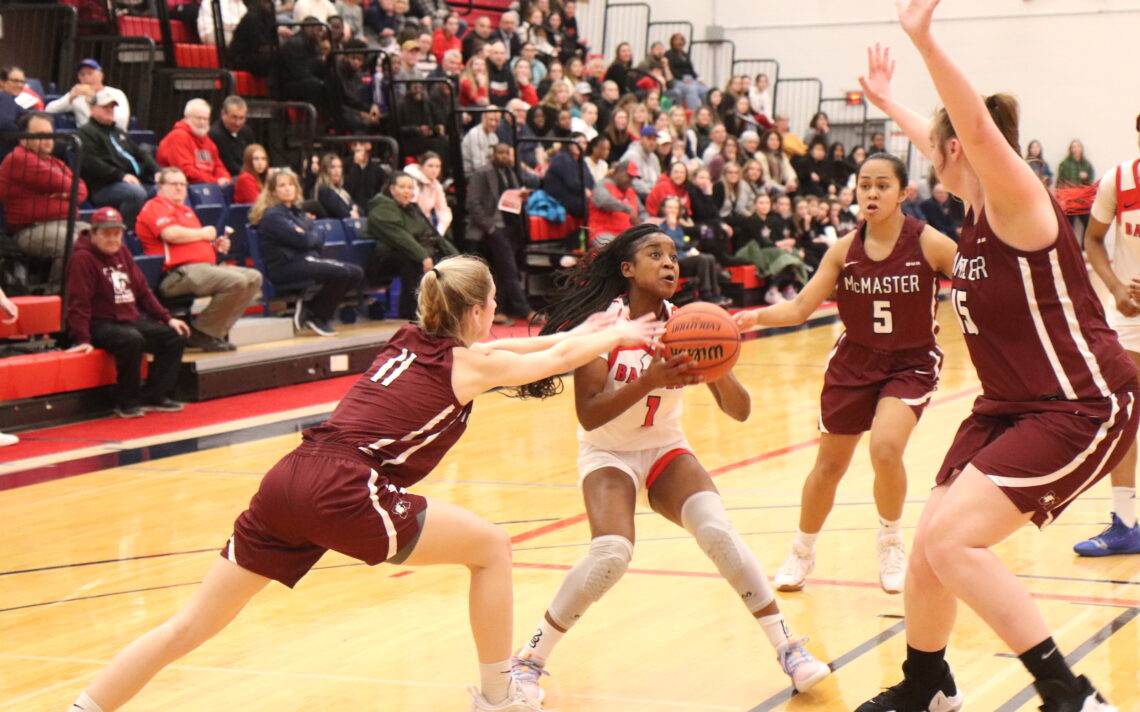 Sophomore guard learning on the fly

Brock women’s basketball head coach Mike Rao was having a hard time finding positives after his team was drubbed 71-49 by the visiting McMaster Marauders Wednesday night.

One player who did earn his praise was second-year point guard Keren Tshinyama Kasonga, who scored six points in 17 energetic minutes of playing time.

“Keren played well, she missed some shots but she played hard and she attacked the basket,” he said. “She always plays hard.”

Rao likes her trajectory as a Badger.

“She is progressing well and she is doing what we ask of her. She is still getting there but she is working her way into the point guard position. She gives us a lot of effort and I like that.”

The 22-year-old Ottawa native has a clear understanding of her role as she works her way though her second season.

“I am fast so I know that I have to push the ball, drive and then swing it out to anyone who can shoot the three,” the 5-foot-6 guard said. “The faster you get the ball in (up the court) the more time you have to shoot the ball.”

Like every developing basketball player with speed, the challenge for her is to have her brain operating at the same time as her feet.

“That’s a big issue. Coaches always tell me to control my speed and just know that the ball cannot be faster than you. Sometimes the ball is behind me and I am gone. I have to know to control the ball and myself.”

Tshinyama Kasonga is playing more minutes than her freshman year for one simple reason.

“I have learned from my mistakes from last year and I am applying what I learned from that and during the summer to this year.”

The lessons learned as a freshman were many.

“I learned how to shoot the ball, how to share, keep my head up and control my speed.”

She is working hard to take her game to the next level.

“I have to not be scared to shoot the ball. I can be wide open and I don’t shoot because I am thinking. I have to shoot the ball and be more confident,” the psychology major said. “I have been working on that and it is getting there but I need to do it more.”

She has always struggled with confidence.

“It has to start somewhere and it is a new year so it’s new beginnings.”

Tshinyama Kasonga’s arrival at Brock was the result of her travel team, the Gloucester Wolverines Elite, playing in a tournament at the Pelham Community Centre. It was there that she caught the eye of Rao.

“The coach approached me and he said I needed to have university-level because I went to French school my whole life. I had to change and since it was my best option I went the way the coach talked to me about. I wanted to come to this school to learn more about basketball.”

She was in Grade 11 at the time and she would miss her Grade 12 year because of the COVID-19 pandemic before arriving at Brock.

Rao coming up to her was a life-changing experience.

“I went ‘Damn. I have talent.’ I didn’t know that and when he approached me I thought I had to take it seriously. I was happy.”

It has turned out to be a great decision.

“I have made a lot of friends and my English has improved.”

McMaster was just too much for the Badgers Wednesday night. The visitors led 24-7 after one quarter and 49-19 at the half. Brock did outscore the Marauders 30-22 in the second half but it was too little, too late.

“They exposed our weaknesses tonight. They switched everything, we couldn’t get the ball from side to side and we played more or less iso (isolation) basketball,” Rao said. “Against them, that is not going to work.”

“We can beat this team, for sure, but what killed us was the first and second quarter. We have to start from the tip all the way though to the end.”

McMaster improved to 10-4 with the victory while the Badgers fell to 7-6.

Up next: Brock hosts York Saturday at 6 p.m. 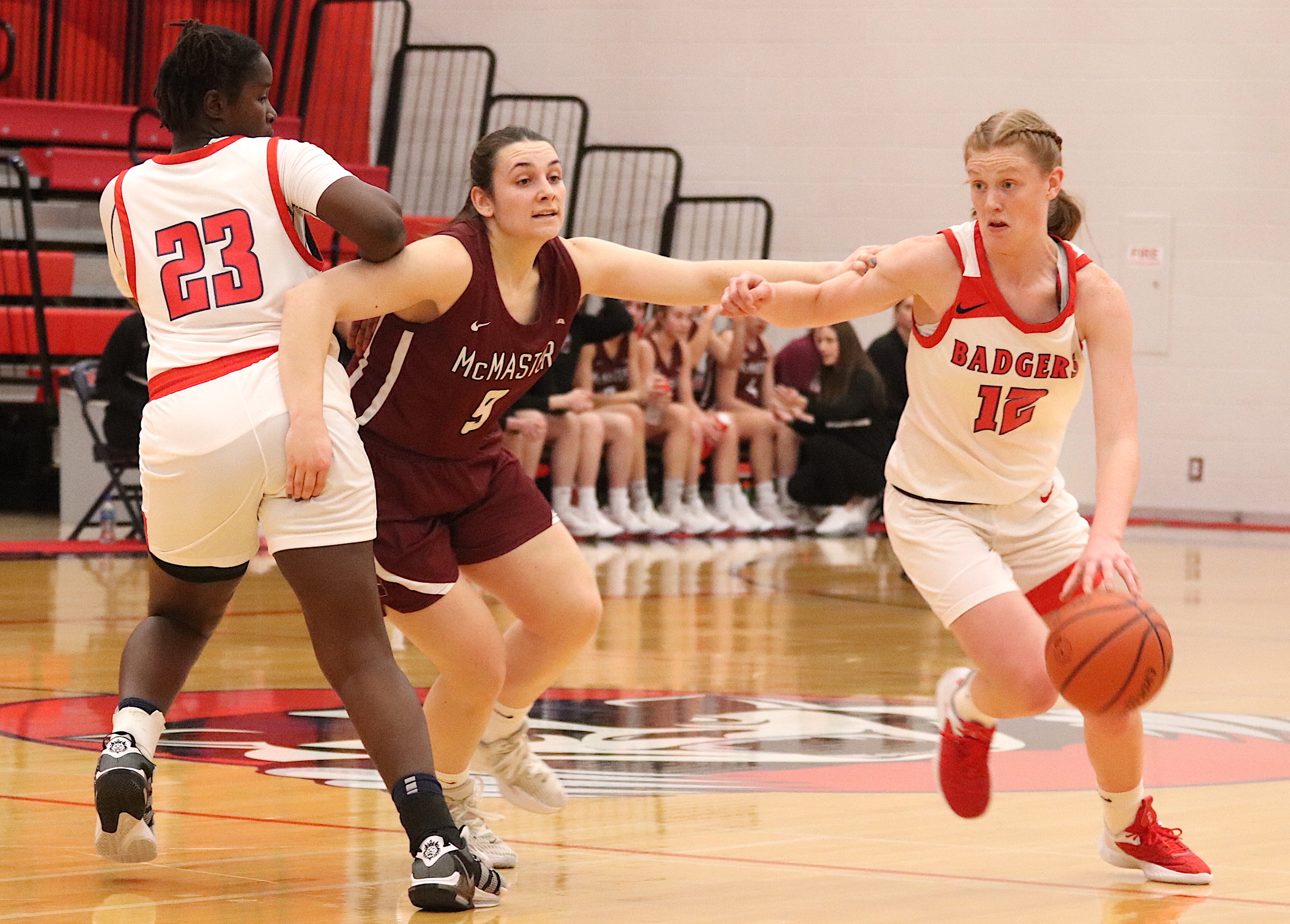 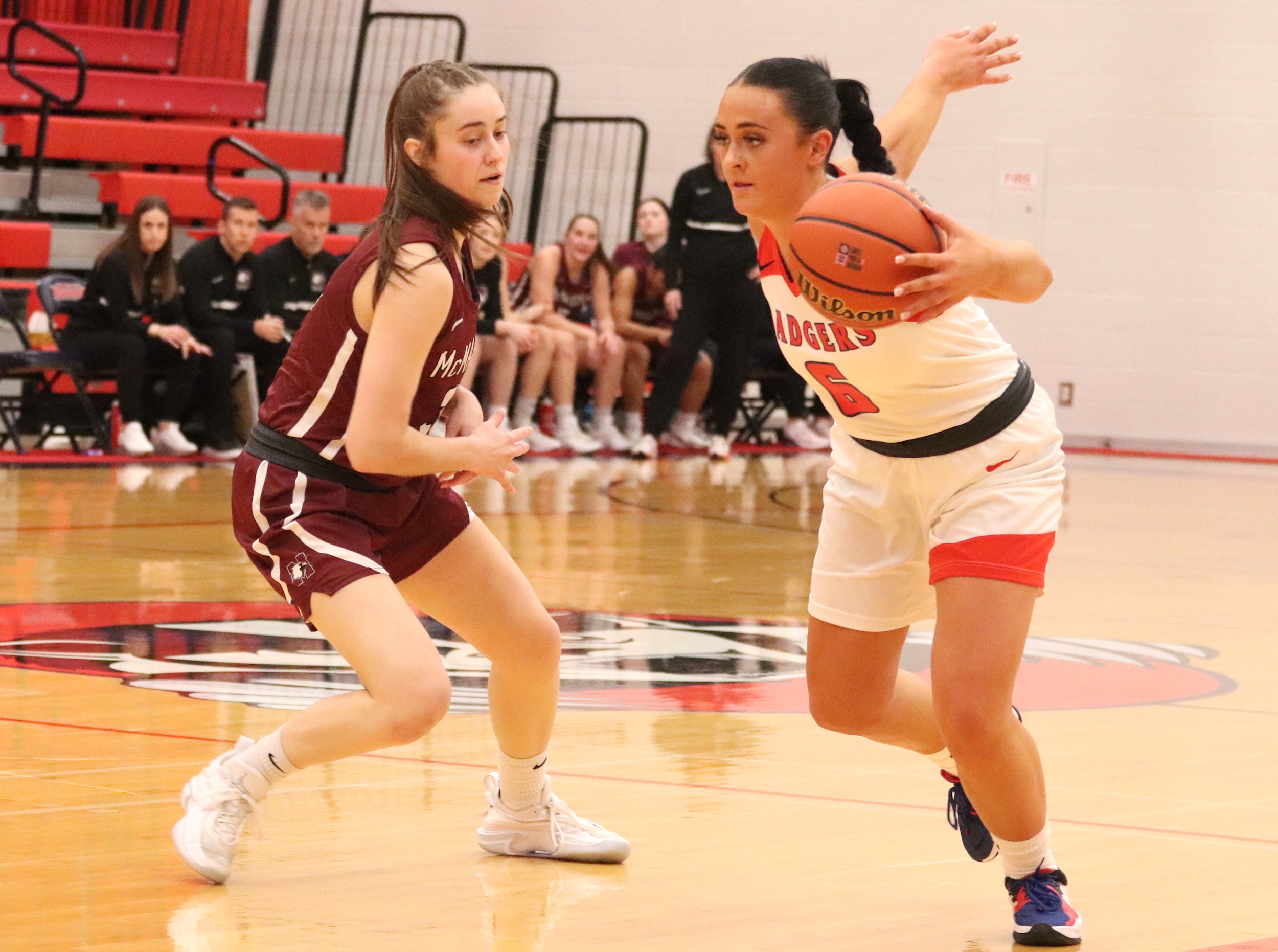