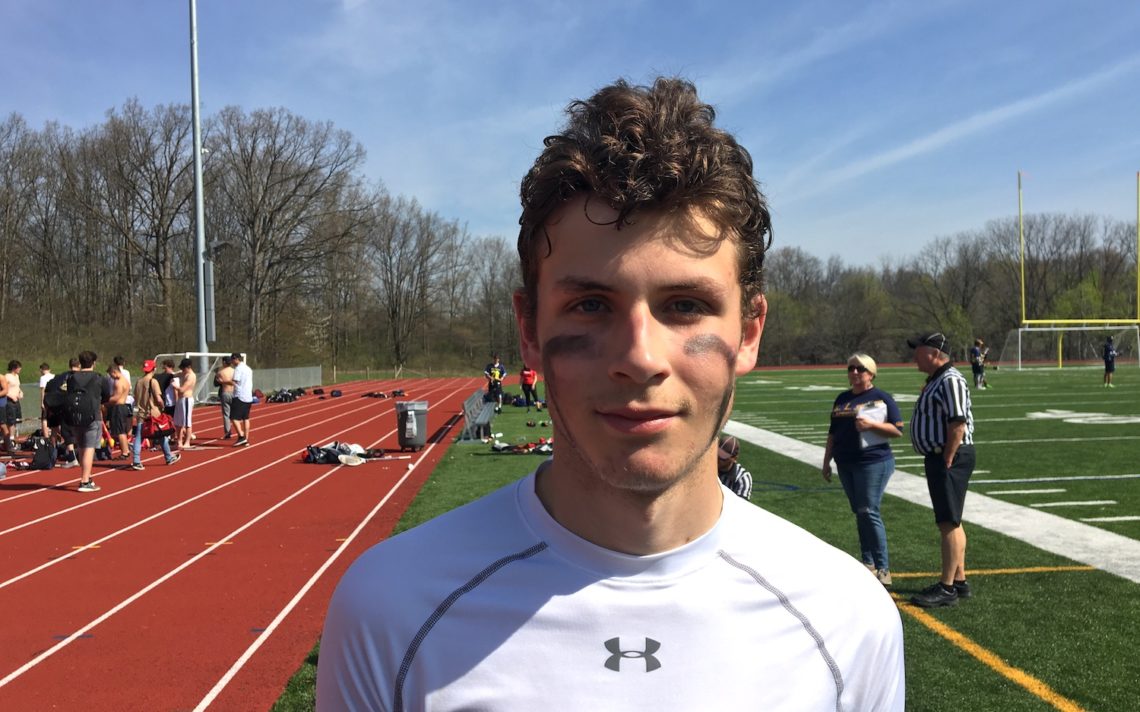 Christopher Smith was running on fumes Wednesday morning, but you would never know it by his performance.

The Bulldogs now advance to the Zone 4 final versus the Holy Cross Raiders next Wednesday at Kiwanis Field. The Southern Ontario Secondary School Association (SOSSA) playdowns follow and are being held in St. Catharines this year.

Smith admitted he didn’t get much sleep in anticipation of the game, which began at 8:45 a.m.

“When you’re getting ready to play a game like this it’s pretty easy to get up,” he said. “I barely got any sleep last night because I was looking forward to this. I was up before my alarm.”

Smith enjoyed the early start, despite his lack of rest.

“I like it. It’s cool out. Mid-day it can get kind of hot and people were able to come and watch because our school starts later. I really enjoyed it.”

Smith was front and centre of the offence, but quickly deflected any praise to his teammates.

“With our team, we have set roles but we are kind of a free-flowing team in a sense,” he said. “We like to pass. If somebody is open, we like to pass and if we have the opportunity, we take it.

“I wouldn’t say there is any one player who is meant to score goals and everybody contributes equally. If you’re on the bench you’re cheering hard and if you’re on the field, you’re out there making plays.”

“He gives us the versatility to play draw man or attack. It’s nice to have the fresh legs to come back to midfield and help,” Flood said. “He makes smart plays and doesn’t turn the ball over, which I like.”

“It really helps me,” he said. “When I take a step, I have longer legs so it allows me to create better leverage and if I need to go over a player, it allows me to. I’m appreciative of my height and if a goalie comes out on me, it allows me to put it over him.”

Smith has been playing field lacrosse since he was about six years old. He also played box but has concentrated on field in the last couple of seasons, also playing at the club level.

He plans on studying at Western next year and hopes to make their field team.

“I know they have a really good team so I’m going to have to work hard over the summer to get ready and get in shape,” he said. “I need to work on my off-hand a little bit better but if I can make the team and even red shirt for a year and gain some knowledge about the way they play, I would be appreciative of that.”

The Bulldogs jumped out to a quick 6-0 lead after one quarter and led 9-2 at the half.

“That was our plan to get out to a big lead and scare them in a sense,” Smith said. “The game is never out of reach because lacrosse is that kind of sport, but once we put that dagger in them, we could really start slowing it down and play the game we wanted to play.”

Spencer Stone and Jacob Johnson replied for the Redcoats. 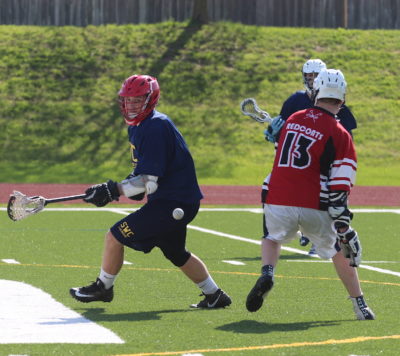 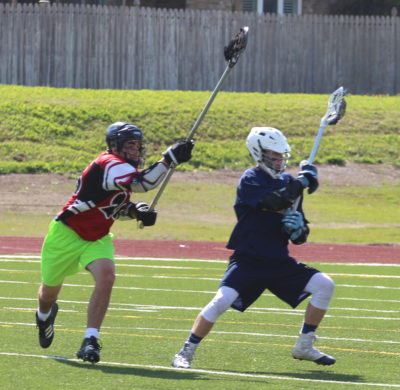