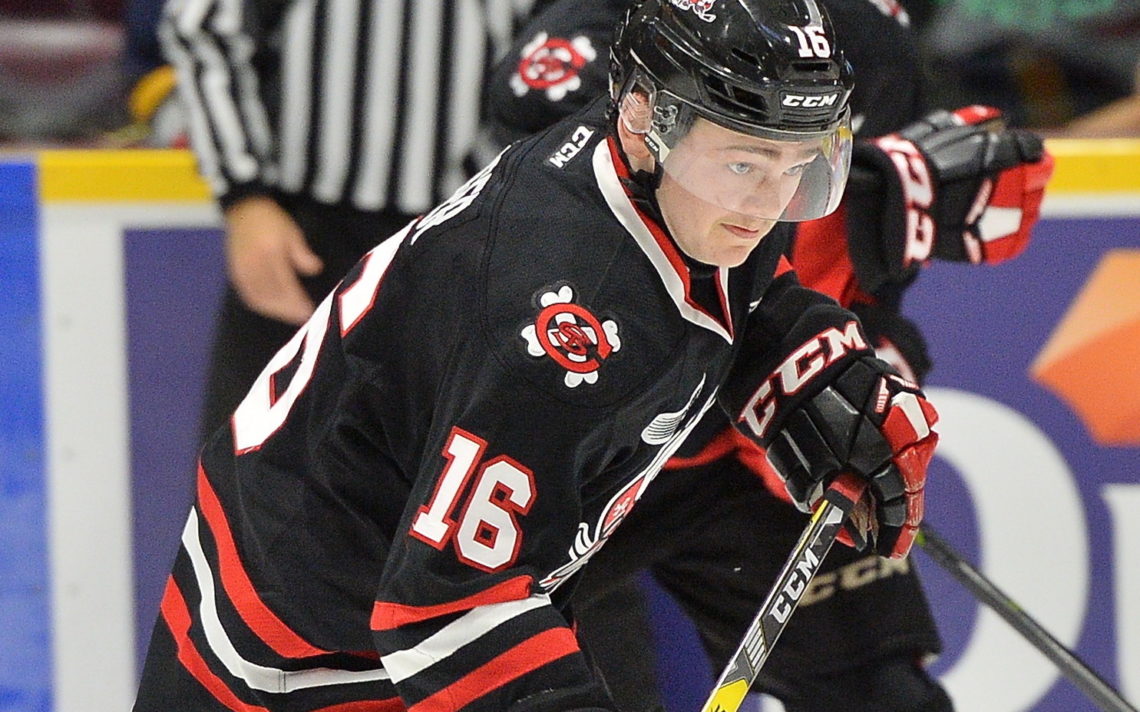 Danial Singer has 25 goals in his sophomore season for the Niagara IceDogs. Photo: OHL IMAGES

Danial Singer has arrived as a legitimate sniper for the Niagara IceDogs.

The St. Catharines native had a solid rookie campaign as a 17-year-old with 13 goals and 27 points and has far exceeded those totals already with 25 goals and 44 points in just 53 games.

“I was shooting for 20 goals and I’ve been able to exceed that,” Singer said. “Being confident and playing on the No. 1 power-play (unit) and on the top two lines has really helped.”

IceDogs head coach Billy Burke has been more than happy with Singer’s production and progress in his sophomore season.

“He’s been probably our most improved player,” Burke said. “He’s proven he’s a goal scorer in this league and not everyone can do that. About 20 goals at the start of the season would have been a realistic goal for him, but he’s surpassed that and to probably get over 30 goals is amazing for an undersized guy who wasn’t drafted.”

Singer is listed at 5-foot-7, 165 pounds but his lack of size doesn’t seem to affect his ability to put the puck in the net.

“He’s very smart in the offensive zone in terms of finding quiet areas and spots where he can score from,” Burke said. “It’s not always in front. Sometimes he’ll kick himself out on the strong side to get himself away from defenders a bit.

“He’s always ready to shoot in the offensive zone which is a big part of his success. Nothing seems to catch him by surprise. He’s ready for it where not a lot of guys would be. He’s low and has a heavy stick.”

Burke would like to see Singer develop his game on the other side of the puck — he’s a minus-5 — but is willing to let him to work on that if he can continue to be so productive at the other end of the rink.

“He needs to become more well rounded but in terms of when we need a goal — I think he leads our team in game-winning goals — he’s going to be out there for us,” Burke said.

“It’s a continuous thing for him to work on his defence and making sure he’s involved all over the ice, not just on the power play or on the offensive zone. He can be a rat, he’s good on takeaways with his stick. These are things he needs to continue to work on.”

Offensive players who produce are generally given more rope when it comes to defensive deficiencies and Singer falls into that category.

“If a guy has two goals then he has much less rope to make a mistake than a guy that has 25 goals,” Burke said. “When he scores at the rate he does, then you can give him second and third lives but it’s a fine line because if the goal scoring dries up and you’re not responsible, there goes your ice time and someone else will do it.”

Singer spent his 16-year-old season with the Fort Erie Meteors where he had a great rookie season under coach Rob Hubbert, now the director of player development for the IceDogs. 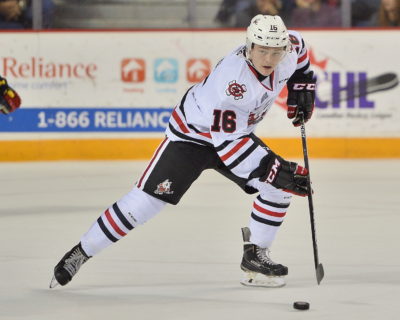 Singer said that season helped him prepare him for the Ontario Hockey League.

‘Playing junior B for a year really helped with Hubs,” said Singer, who celebrated his 19th birthday last week with a hat trick in Sarnia. “It’s a good league with a lot of older players. It was a good place to play.”

Burke remembers scouting Singer with the Meteors and thinking they could have a keeper.

“Joey (Burke) and I spent a lot of time going out and watching Fort Erie and keeping an eye on Singer. We kind of compared him to a poor man’s (Alex) DeBrincat,” Burke said. “It’s a ton of pressure to put on anyone, but he’s a smaller guy with a good shot, not super fast, but got it done.

“That’s what we saw of him in junior B and we hoped it would translate, but you never know but he came in and had a great camp his first year and it developed from there.”

The IceDogs are in the midst of a seven-game winless streak and Burke is determined to keep pressing forward and not worry about the last few weeks.

“We just have to keep going. There were a lot of things going against us in the last stretch. We knew it was going to be tough and maybe it was a little bit tougher than we thought it was going to be,” he said.  “Our mentality is that segment is over. It didn’t go well for us, but it’s over. We’re closing the book and now we enter the home stretch with 10 home games coming up.

“The past is over with and let’s forget about it.”

The IceDogs are home to Owen Sound Friday and in Barrie Saturday.