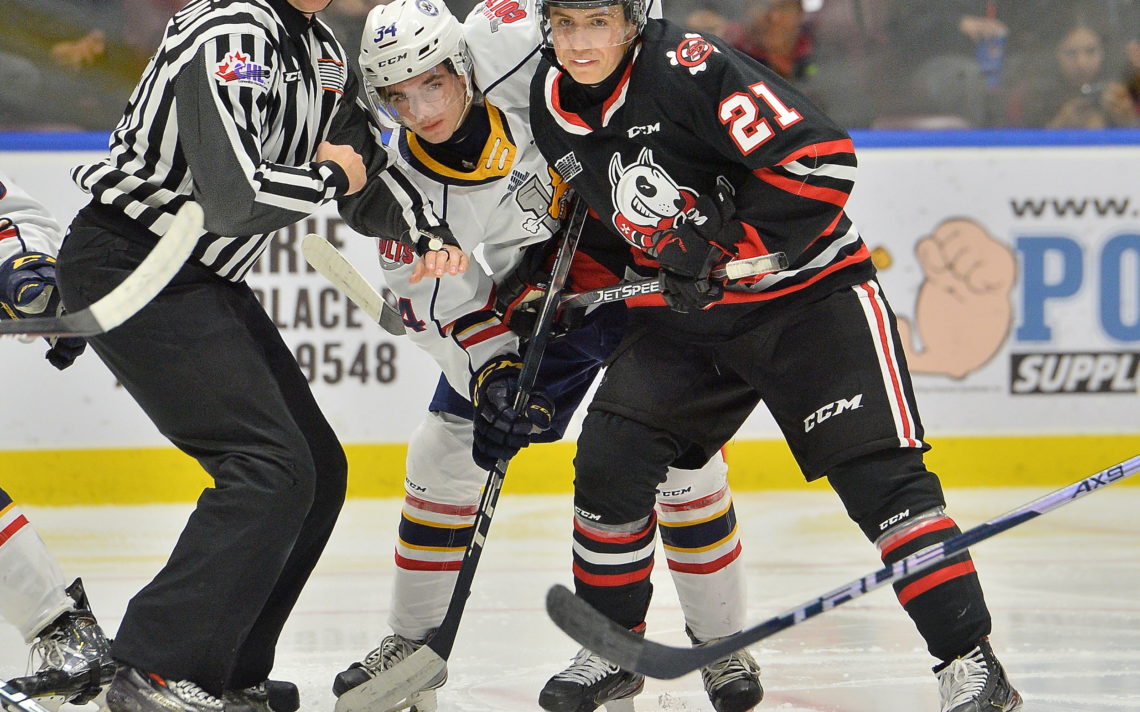 Ethan Sims has put the extra down time forced upon him by the COVID-19 pandemic to good use.

The 18-year-old centre for the Niagara IceDogs has been working out feverishly, both on and off the ice, to prepare himself for his sophomore season in the Ontario Hockey League.

Sims has been skating five times a week and also hitting the gym four times every seven days in an effort to hone his game and body.

“I’ve been taking this time to really craft my game for next year to get bigger, stronger, better,” the Hamilton native said.

Sims has been skating with other local high-end players including Niagara teammates A.J. Cook, Landon Cato and Jackson Doherty.

“We’re getting in exhibition games with OHL and AHL players from around the area so it’s getting me into game shape,” he said. “I’m seeing the skills I’ve been doing over the summer translate into my game.”

Sims joined the IceDogs last season after spending the previous year at the junior B level with the St. Catharines Falcons. He collected three goals and eight points in limited duty and is looking forward to stepping up his production this season.

“Last year I didn’t put up that many numbers but I’m really going to try my hardest and looking forward to putting up good numbers this year,” he said.

IceDogs coach Billy Burke has confidence Sims has the skill set to become a regular.

“Ethan is a part of our 2002 forward group that we feel really has the ability to break out this year,” Burke said. “He is smart, can skate, is strong on face-offs, has good hands, and a quick release. He is also sneaky gritty in that he plays bigger than he is and has the ability to throw some big hits as well.

“I definitely think the league is going to slow down for Ethan this year and he has the potential to be a real strong and reliable two-way centre for us.”

Sims, a fifth-round selection in the 2018 OHL draft, showed well with the Falcons as a 16-year-old, then had the usual adjustment period as he moved up to the IceDogs.

“The league is insane. You never realize how good it is until you play in it. The step from junior B to the O isn’t even comparable,” he said. “It’s so much faster. Everybody is making decisions at a way quicker rate and moving so much faster. You have no time to react.

“Throughout the season, I got more used to it and by the end of the year I was making plays. You have to get used to the league before you can start producing.”

Sims got more ice time as the season progressed and after forwards Akil Thomas, Kyen Sopa and Phil Tomasino were traded.

“With all of those guys gone it gave the younger guys a chance to play more minutes on higher lines,” he said. “It was getting us used to what was going to happen next year, getting used to the power play and penalty kill.”

Sims feels the struggles Niagara went through last season will only benefit them down the road.

“Adversity like that only makes a team stronger. We’re a young group and we have a bright future ahead of us,” he said.

OHL training camps are now slated to begin Jan. 23 with a pair of exhibition games between Jan. 29-31. Canadian players are slated to report to their teams Jan. 22. Non-Canadian players will report Jan. 8 for a two-week quarantine. The league is hoping to play a 40-game regular season schedule.

“It’s been pushed back a few times so I’m just really looking forward to February now knowing it is really going to start for sure,” Sims said.

“Balancing two courses, five skates a week and four gym sessions is not the easiest thing in the world,” he noted.