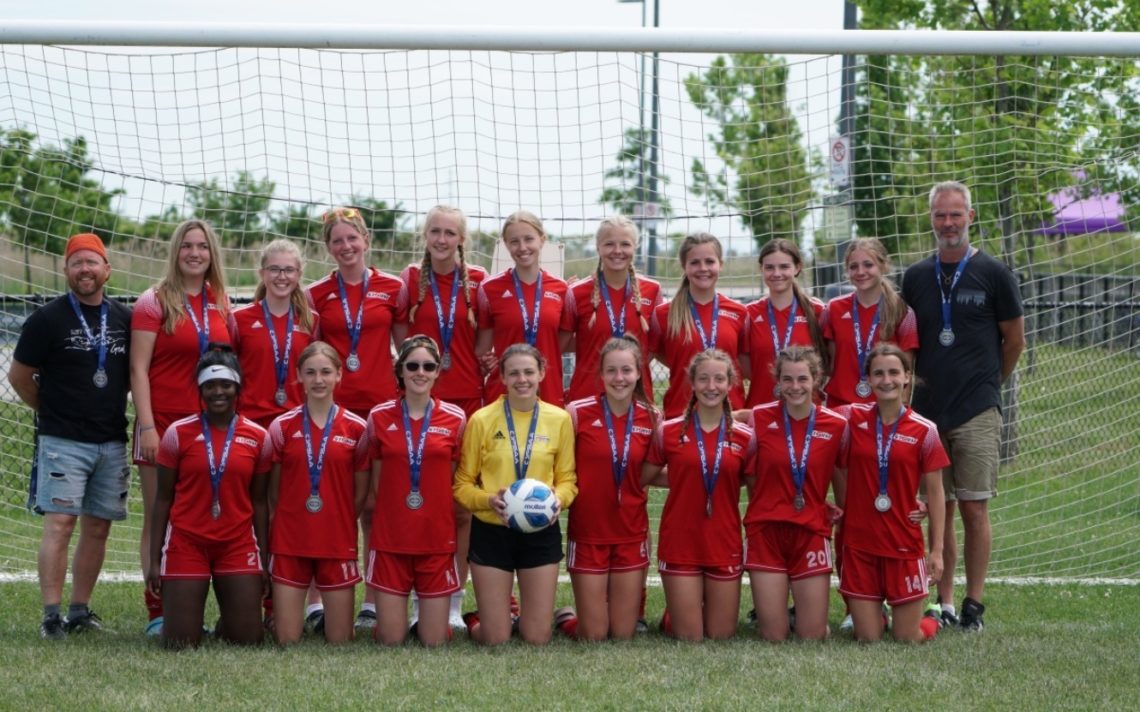 Storm co-coach Jason Hultink wasn’t quite sure what his squad was capable of coming off two years without high school soccer due to the COVID pandemic.

“We’ve been to the last two OFSAA’s (Ontario Federation of School Athletic Associations) before COVID but we graduated our biggest player and four Grade 12s,”  he said. “Everyone that was playing this year, the last time they were playing they were in Grade 9, Grade 8, Grade 7 or Grade 6.

“I was a little uncertain. We had two entries into OFSAA from SOSSA (Southern Ontario Secondary School Associations). I had a decent thought we could at least qualify, but to be honest, I didn’t think we could medal.”

The Storm quickly proved their mettle, winning a Christian schools tournament, then capturing their league title and finally prevailing at the Southern Ontario Secondary Schools Association championship to qualify for the OFSAA A tournament in Belle River where the Storm earned a silver medal, dropping a 2-1 decision to Lord Dorchester of Thames Valley in the gold medal match.

“We were all crying after the game so it was pretty heart breaking,” Hultink said. “We were strong all the way through. The final team was rough and tumble, but a strong team.”

Hultink said the Storm caught a break when Sainte-Trinitie of Oakville were upset in the quarter-finals.

“We didn’t have to face them. Scouting them, I thought they were the nicest team there but didn’t make it past quarter-finals,” Hultink said. “That’s why it’s a beautiful game because the best team doesn’t always win.

“You start the tournament very uncertain because it’s OFSAA and you can make your way all the way to the quarter-finals without pressure and other times you have to fight your way out of pool play.”

Hultink said the Storm got their strength from key performers in the middle.

“My daughter (Tori Hultink) and then Alia Breukelman and three other Grade 12s, we were pretty solid up the middle. The best you could ask for for a high school girls soccer team and the rest fell into place.”

Smithville then blanked Nicholson 3-0 in the quarter-finals and Glengarry 3-1 in the semifinals to earn a birth in the gold medal game.

Jason Hultink and Dave Wonder are the co-coaches.