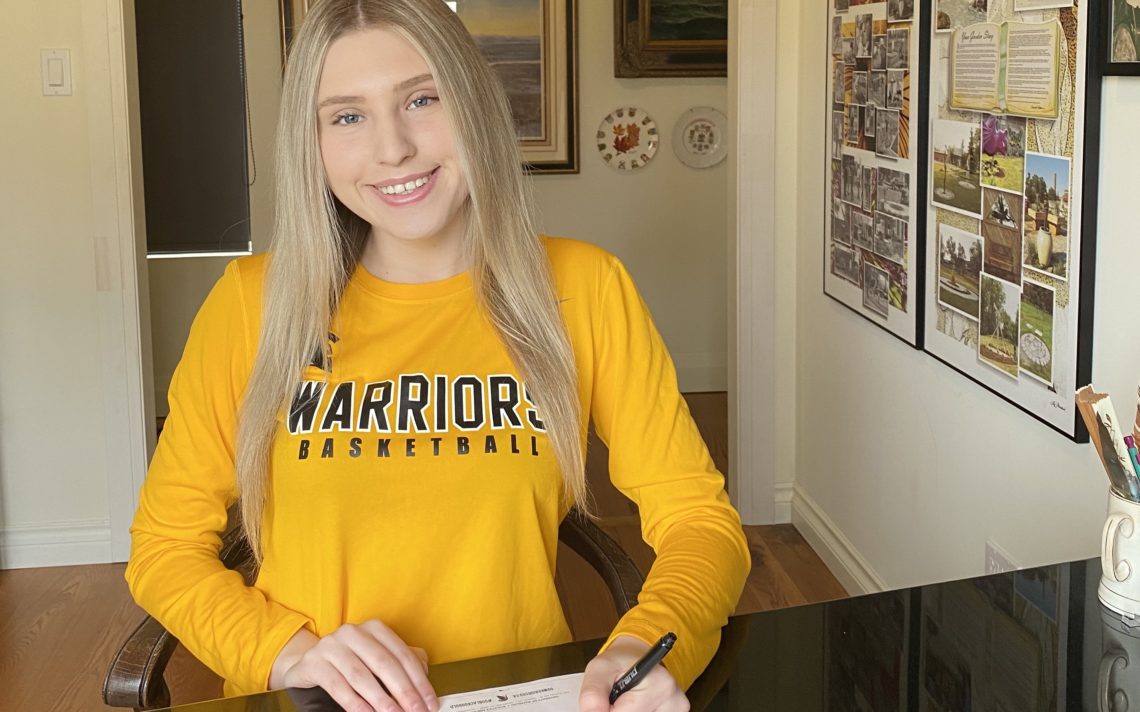 All of Megan Louws’ hard work paid off recently when she signed a letter of intent to play scholarship basketball at the University of Waterloo.

“I was happy that it offered me both an amazing education and an opportunity to play basketball at the next level,” she said. “When I visited the school, I was impressed by the program, the campus and all of the athletic facilities. When I was there, it really gave me a sense of belonging and that’s when I knew Waterloo was the place for me.”

Because of the COVID-19 pandemic, there was no signing ceremony. She signed the letter at home and then sent it to Waterloo via email. Even without fanfare, it was a big moment when she placed her signature on the dotted line.

“I was just excited because it has been my dream to play university basketball since I was young,” the Grade 12 student at Greater Fort Erie Secondary School said. “I was super happy that I have that opportunity and I was also relieved too because it is so stressful to decide which university you are going to go to.

“It was a lot of weight off my shoulders when I knew which one.”

The University of Toronto also had interest in the 17-year-old Fort Erie resident. The Niagara Girls Basketball Academy Juel player has been playing travel basketball since she was eight.

Tara Poulin, Louws’ Juel coach, describes the 5-foot-7 guard as one of the hardest workers in practice.

“She missed much of her Grade 11 season with a broken arm which set her back. This year, she wasn’t sure if she would make it to the next level but instead of taking the easy road, she worked harder than ever. We concentrated on her conditioning to make sure she went into next year as one of the fittest players.”

Poulin said Louws knows it won’t be easy but she thrives as the underdog.

“She knew her ball handling was a weakness so she spends her time daily in her garage doing videos,” Poulin said. “She did this all on her own. Megan is a special kid and I am so proud of her for proving her critics wrong.”

To play at the next level, the future kinesiology science co-op student knows she has a number of things to work on.

“I will have to be more physical because they are all women, they are training every single day and they are huge,” she said. “To improve my game, I will continue to put extra time into my shooting and I am going to push myself with my endurance level just to make sure it is the best it can be.”

Louws, who has been playing senior basketball since Grade 9, has been a Zone 3 Top 10 All-Star the past two years and was a Top 20 All-Star in Grades 9 and 10.

“For the past couple of years, I have definitely been more confident in myself so I have become more of a leader on the court,” she said. “And my defence has definitely gotten better so I have been able to get steals and fast breaks which is a huge part of my game.”

For her first season of Ontario University Athletics basketball, Louws’ goal is to work hard at practices and during workouts and see where that takes her in terms of playing time.

“I realize it is going to be hard for me because I’m a rookie, but I am going to try my hardest.”

She’s not worried about the transition to being a student/athlete.

“It should be easy for me because I work too and over the past couple of years I have been balancing a lot with work, school and athletics.”

The pandemic hasn’t helped Louws’ training but she is keeping busy by following daily workouts sent by Poulin and participating in on-line workouts with the University of Waterloo. 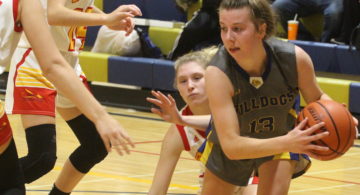 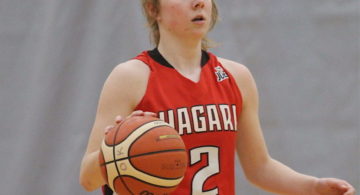