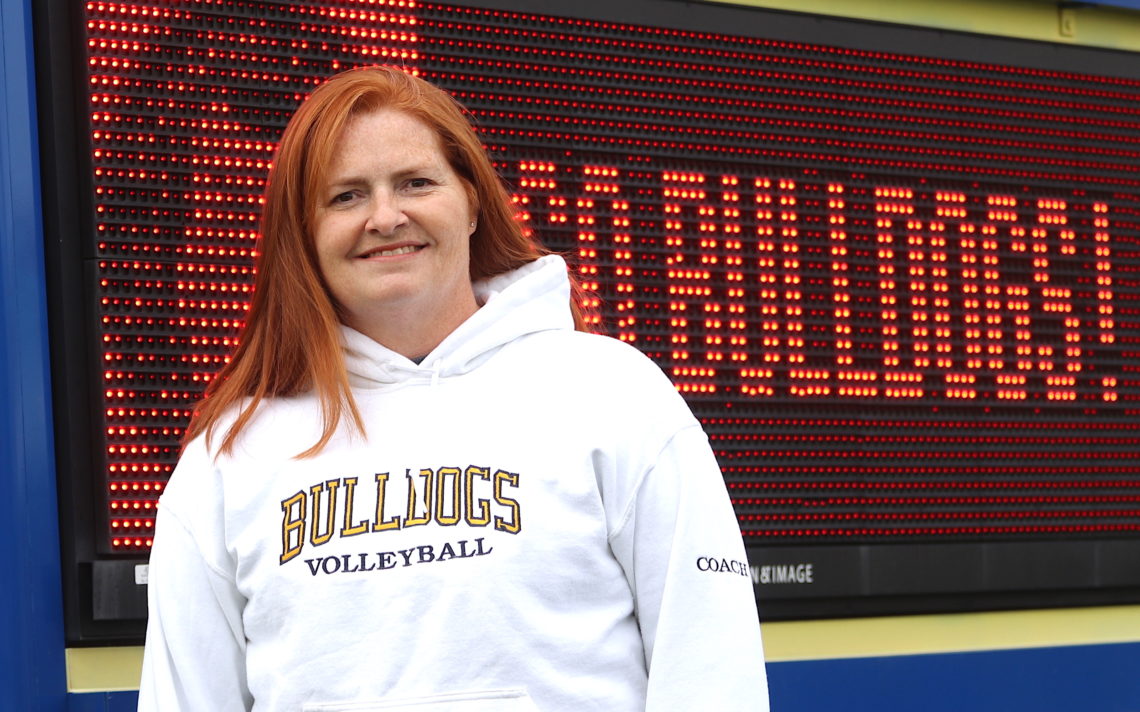 “I love it,” the Sir Winston Churchill phys-ed teacher said. “Getting to see the kids in an environment outside of the classroom is an avenue to get to know more about them and who they are as people.”

And it’s not all about winning or losing.

“I think the goal of a coach is not just to win games, although, winning games is really nice. The goal is to see the kids develop into the people they are supposed to be.”

The 52-year-old daughter of a pair of elementary school teachers in her hometown of Clarksburg feels coaching is an important component of being a teacher. 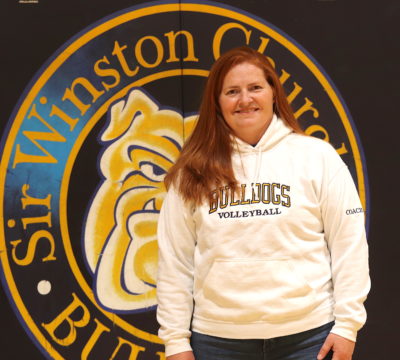 That connection is crucial.

“We see some of those kids more than their parents do and I feel if we can use sport to develop their values and passions and help them learn lessons in life that are going to make them better people, then we are doing a service outside of the classroom.”

Short loves working with athletes from the ground up.

“If you can take a kid and watch their eyes light up and see excitement in them when they finally master a skill or understand what their job is on the team, then you have done something,” she said. “I can remember kids who we have worked with all year and they are finally able to do something and you want to be their biggest cheerleader. It’s just giving them an extra opportunity for success.”

Short is concerned about the current state of high school sports.

“In a lot of ways, I feel it is kind of sad that club sports have infiltrated the high school setting so less and less non-club kids are having the opportunity to play,” she said. “It’s almost like we should do what they do with swimming and tennis and have an open category and a true high school athlete category.”

Short knows that solution is difficult.

“A lot of the schools don’t have enough athletes to field two teams to begin with but those kids who could use that extra attention and support just don’t get that,” she said. “They come to tryouts and your heart is heavy for them because I have to take the best kids but you are a kid I see that if I can just coach you for a few hours every week you would be a different person.”

Another issue with high school is some students are so busy with other commitments such as work that they don’t have time for school sports.

“If they don’t get those opportunities in high school, it is leading to a cycle where we have a larger and larger population of adults who are going to be inactive and not involved. If you don’t find your passion in high school, chances are you will never find it.”

The above statement is why she disagrees with kids specializing in just one sport.

“If you are a one-sport kid, you don’t know and this (another sport) could be your passion for life and who knows where it will take you?”

Short is anything but a one-sport coach. In her seven years at Churchill, she has coached volleyball, badminton, track and field and slo-pitch.

Volleyball is, by far, her biggest commitment. She has teamed with Brent Mergl to develop a powerful program at the school. She is head coach of the junior boys and girls, Mergl coaches the senior boys and senior girls, and both help each other wherever possible.

“I am kind of the mom in Grades 9 and 10. I bring the kids in, make them comfortable and teach them the basics. I push them up to him at senior where he can be a little bit harder on them and mould them into the kids they need to be,” she said. “It’s kind of like mom gives you the love and takes you to school and dad takes you to town and gets you the skills.

The ma and pa approach is obviously working.

“We work really well together and we have the same philosophy about what we want our kids to achieve,” she said. “We ultimately do what is best for the entire program. If kids come in who have never played before, we are focused on building their base of skills.” 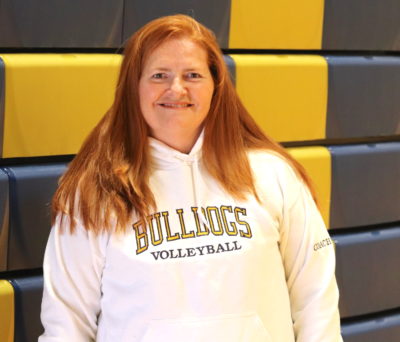 Short competed in every imaginable sport at the high school level — playing on seven teams every year — and made it to OFSAA once for basketball when she was in Grade 12.

“There was six of us on the team and we drove to Toronto and flew to Thunder Bay. That was back when they didn’t have divisions and we only had 500 kids at our high school. We came up against Sarnia North in our first game and it didn’t go well for us. But we did have a good time in Thunder Bay.”

She did her undergraduate degree in phys-ed at McMaster and teachers college at the University of Toronto and started teaching and coaching every sport imaginable at West Hill in Scarborough in 1992.

“When you are a young teacher, you get pushed into it,” she said. “Volleyball has always been my love but I also coached basketball, badminton and track.”

She moved to Niagara after marrying Larry Short, who farms 225 acres of tender fruit just outside Vineland.

She ended up supply teaching a lot at Garrison Road Elementary School in Fort Erie while still teaching in Scarborough.

“I would get up every other day, drive to Burlington, get on the GO train and take it to Scarborough. I parked my car in a lot there and I would drive to work.”

The following year she got in with the District School Board of Niagara’s Bridge program. In 1999, she got a job at West Park and spent 14 years there until the school closed. She coached everything with West Park.

“You name it, I was on the field. I filled in at soccer one time with the boys. I filled in wherever there was a need.”

That has continued at Churchill.