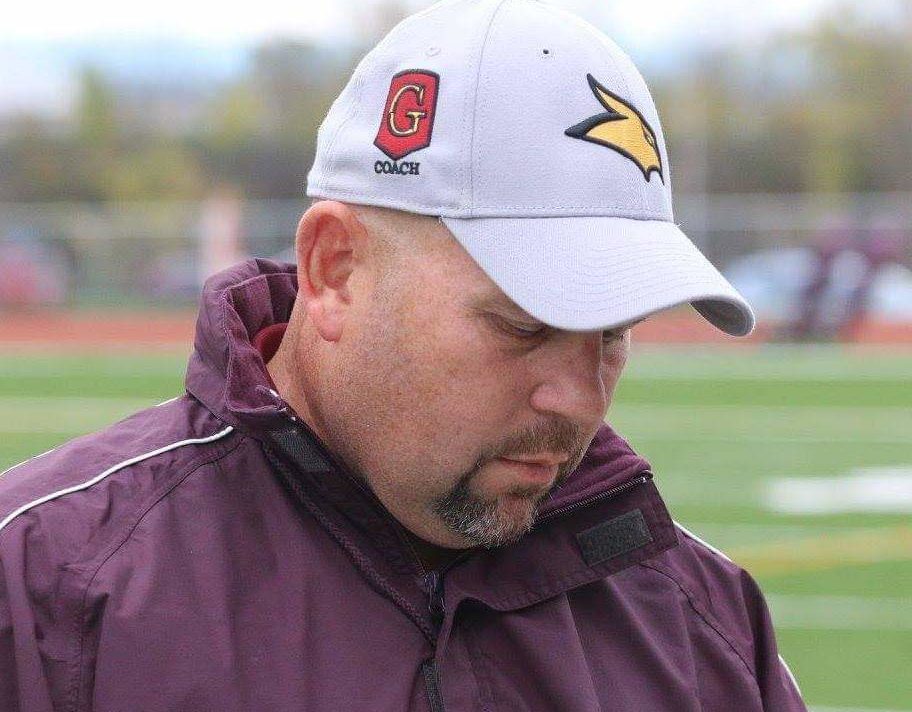 Dave Sauer vividly recalls the exact moment he decided to change course in his life and go from being a harried business student to a history major and future teacher.

“I was driving in Toronto traffic one day and I told myself that I didn’t want to do that for the rest of my life,” he said. “I was going to do something that I could enjoy. Teaching has been a great career for me and I love it.

“It afforded me the opportunity to do another passion of mine which is coaching football.”

After graduating from Brock with degrees in history and teaching, the 51-year-old Fort Erie native started his teaching career at E.L. Crossley in 1997 and from there moved to A.N. Myer. He taught at Myer until 2010 and then spend four years teaching in alternative education before returning to his alma mater, Fort Erie Secondary School. He taught two years at FESS and is now in his fourth year teaching and coaching at Greater Fort Erie Secondary School.

Away from the high school setting, Sauer coached minor football in Fort Erie for 17 years and served as president of the Niagara Regional Minor Football Association.

Sauer’s coaching philosophy starts with being a teacher, first and foremost. 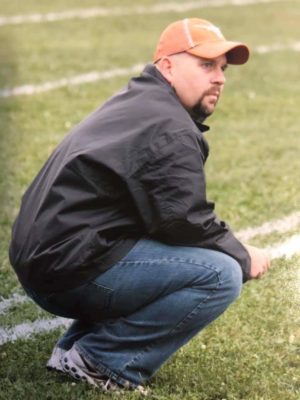 “It’s being a good teacher and relating to the kids,” he said. “There’s a number of ways to attack things in football and what I like to do is smart things and I like my kids to play smart, to think smart, to really understand and enjoy the game and have passion for the game. And I like to do that with good kids and good coaches.”

Sauer believes it is important for teachers to volunteer their time as coaches.

“It’s a chance to give back to these kids. We are fortunate to be with them during important stages in their lives and football gives me the opportunity to influence up to 80 kids, show them a passion for a game and the understanding of committing to something.

“I can be a really important influence on these kids’ lives and getting called coach is important to me. It shows me they have a level of respect for me, the game and everything else.”

It’s an experience that Sauer says travels with you for life.

“I remember my days playing high school football more so than sitting in a classroom and I want to give the kids that same feeling or passion towards the game.”

On the sidelines, the former FESS fullback and linebacker under coaches Larry Sirianni and Lou Vescio has a mostly unflappable demeanour.

“That’s the way I lead my life but I think the kids feed off of things,” he said. “If I am riled up, then the kids will be riled up and if they think I am losing control, then I think the control of the game will be lost.

“I want to emulate that to my coaches and players on the team.”

“On the down side of that, overall aggressive passion is lost and sometimes I need a good defensive coach to be wound up.”

Since the opening of GFESS, Sauer has been slowly and steadily building the Gryphons’ football program. It was a process that started when he was coaching at RCBHS and FESS.

“The goal was to build a program up to compete at the highest level in the Niagara region,” he said. “We have played really well and the program is doing well but we have that big purple monster (A.N. Myer) that is in our way.”

To do that, the Gryphons need to go on the field believing they can win against whoever the opponent is that day.

“At the junior level, we have competed with every team knowing that we can win but at that senior level we are at the point where we can do well but we have one last hump to deal with,” he said. “There has been some frustration and we have been close but we obviously haven’t been close enough.”

Getting over that final hump isn’t easy in Niagara.

“We have really good programs here and they can compete at the all-Ontario level,” Sauer said. “If you can win here, you can win anywhere. That’s really great for the program but there’s lots of competition.”

One thing that Fort Erie matches or tops the competition at is game day feel. Games under the lights in Fort Erie are events with a capital E.

“Fort Erie is a neat community and we are all in on Fort Erie,” he said. “We try to promote that, push these night games and get the community out and give the kids something to look forward to.”

Those efforts have resulted in crowds of more than 1,000 fans, including tailgaters looking over the fence from the adjacent Fort Erie Golf Club.

“It is really neat and Fred (GFESS principal Louws) did a really good job of putting that field in the middle of Garrison Road so people driving by can see what is going on.” 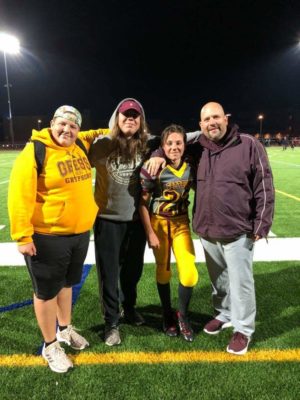 Support from Louws and businesses like the golf club have landed the program a fieldhouse and a brand new scoreboard.

“We are really geared up to play and have all this stuff sitting there but because of COVID we can’t,” Sauer said.

He is sad for his players who have lost their high school football season.

“I feel terrible for my Grade 12s and 12Bs. It’s horrid and I have been coaching these kids since they have been eight, nine and 10 years old. Now they can’t play anywhere.”

Like every other sport, Sauer knows high school football faces challenges but he is confident it will survive.

“It all about recruitment, getting kids out and convincing kids it is more fun than hanging out at home or doing something else,” he said. “You can’t just throw a ball and say, ‘Here’s 50 kids, we’re gonna play.’ It’s getting these kids to buy into what you are doing and convince them football is the sport to play.”