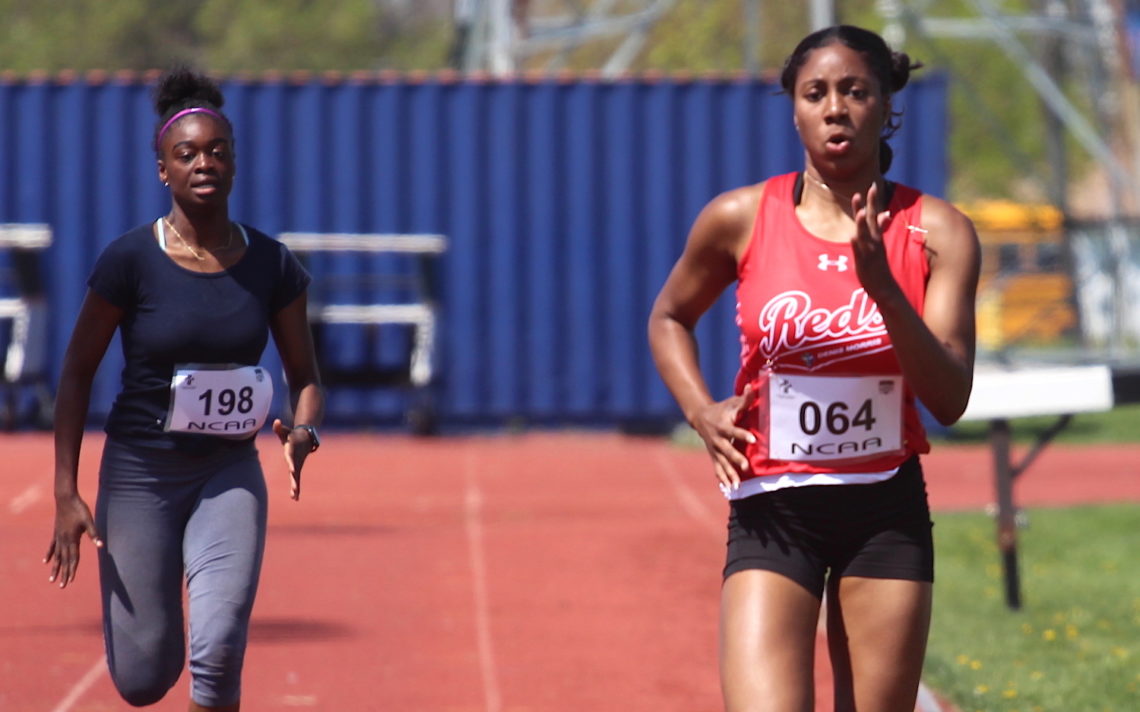 Running in her brother’s footsteps

Natajah Selman has some big track and field shoes to fill.

Her older brother, Jaquan Selman, won a bronze in the triple jump at the 2015 Ontario Federation of School Athletic Associations championships and a silver in the same event at the 2016 provincial meet. 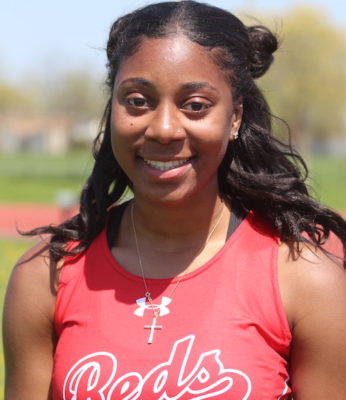 Now in Grade 9 at Denis Morris, Natajah will hope to use some of the lessons her brother, who was also an excellent sprinter, gave her in track and field.

“He has taught me about technique — it’s all about technique — and control,” the 14-year-old St. Catharines resident said. “And you always have to watch what you are doing. You don’t look beside you or at anyone else.”

She admits there is a little bit of sibling rivalry when it comes to track.

“I try to beat his times, but he just kept on getting better and better,” Natajah said. “But I am going to keep on practising.”

She has been competing in track and field since Grade 4, but it took her about a year before she starting winning all her races.

“Grade 4 was a hard year but as I went into the older grades, I got used to track and running. Plus with my family who did track already, I was learning from them.”

Natajah has obviously learned well as she recorded the top times in the midget girls 100 and 200 metres Wednesday at the Niagara Catholic Athletic Association qualifying meet held at the Niagara Olympic Club.

“She left the other girls in the dust,” Denis Morris coach Milena Matijevic said. “It was really exciting to watch her compete and I look forward to the next meet.”

Matijevic feels Natajah has all the physical attributes to be a success on the track.

“She’s just a powerhouse,” she said. “She is very strong in her legs, focused and a strong athlete.”

Matijevic loves having Natajah on the track and field team at Denis Morris.

“She’s very humble and soft spoken off the track, but super fierce and strong on the track,” she said. “I am excited to have her for the next four years and she where she can take track.”

Natajah is aiming high in her first year competing in high school track and field.

“My goal is to go to OFSAA and get a medal,” she said.

She trains on her own for track but isn’t part of a club.

She is also a competitive cheerleader with Scorpions Niagara squad that placed 12th at this year’s world championships in Florida.

Her cheerleading training is an excellent lead-in to the track and field season.

“It helps me build up cardio and strength,” Natajah said.