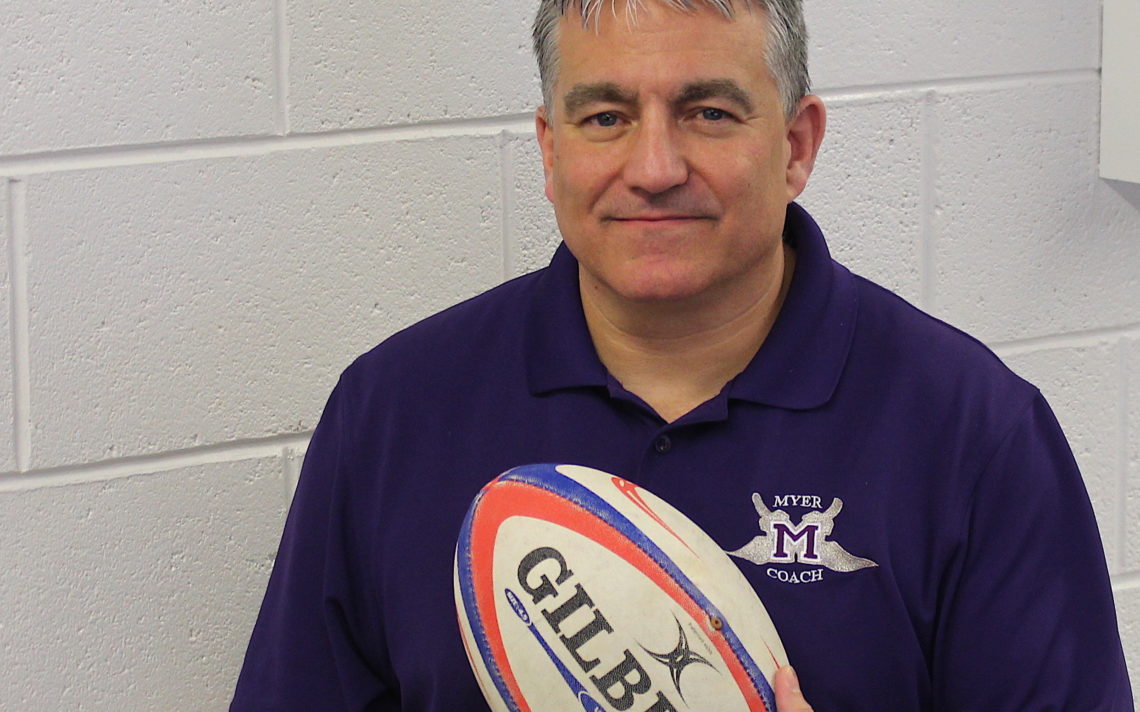 Gary MacDonald’s rugby coaching career was a labour of love.

Growing up, the 49-year-old Niagara Falls native was into judo, karate, wrestling and football before embracing rugby in high school and university.

“I love contact sports and rugby is an incredible blend of football and wrestling and their movements,” said MacDonald, who will be inducted as a rugby builder into the Niagara Falls Sports Wall of Fame on Jan. 27.

“At the same time, the sense of family and being part of a club, and the camaraderie of being part of the greater rugby community is incredible.”

The high school teacher at A.N. Myer went to teacher’s college in McGill and knew no one in Montreal. His first night there, he ran into some Americans in  a bar who were wearing rugby jerseys.

“I asked them if there was rugby being played that weekend and told them I wanted to play.”

He was told to come with them and they introduced him to a member of the Montreal Irish club.

“I played that Saturday with the Irish and I played that season with them and made the Quebec team out of that,” he said. “I had a great time and instantly had a rugby family and friends by the end of that day.”

The same exact thing happened when he moved to England and knew no one. He called the Barking Rugby Club on Friday and ended up playing rugby for the club the next day. He even earned his first pay for playing rugby, finding 100 pounds in his cleats one day.

“It wasn’t much money but it was a little taste of pro rugby and it was fun,” he said.

MacDonald was a rugby coach before and after he returned to Niagara from England to coach at Stamford Collegiate.

Under mentor Fred Kovacs, MacDonald began coaching rugby at A.N. Myer in 1988. He went on to coach at Niagara University and University of Buffalo and those roles allowed him to recruit women to help start the Niagara Wasps women’s team in 1992.

With a goal of giving Niagara players a chance to compete against those from the GTA, he began coaching in the Niagara Rugby Union junior and senior women’s programs with the goal of promoting players into the Ontario program.

He coached the London Wasps Women’s Rugby Team and the Scottish Women’s National A Team through the Five Nations Championships. That tournament included Scotland, England, Wales, Ireland and France and provided one of his career highlights.

“I’m of Scottish heritage and standing there singing the Scottish national anthem in Scotland before our first game with England was amazing,” he said. “That was really cool.”

When he returned to Canada, he also became the St. Catharines Tigers Rugby Club head coach. In 2002 and 2003, MacDonald was a member of the coaching staff of the Ontario senior women’s team. That team was second in 2002 and national champions in 2003.

In 2004, MacDonald began to focus on men’s rugby and coached Stoney Creek in the Ontario Premier League, the Niagara Thunder senior men’s team and Niagara Lightning U21 Representative Rugby in the National Super-Leagues. He was also an assistant coach with the under-21 Ontario men’s team. In 2008, he led the Niagara Lightning to a national championship victory against British Columbia

That moment also stands out as a high point for MacDonald.

“It was great to make that statement that our athletes were being under-represented at the next level,” he said. “You can basically bring the Canadian team here and it doesn’t matter. We will still beat you even though you won’t pick them.”

“That had been a real motivator for me with rep rugby in the Niagara Rugby Union is getting those kids from small Niagara towns an opportunity,” he said. “Back then it was very biased, but that has changed. It is way better now.”

In 2009, he won a third national championship with the Ontario under-21 team.

The father of one is thrilled to be inducted into the Niagara Falls Sports Wall of Fame.

“I am on the committee so it was weird to get nominated and be inducted because it has been a real pleasure finding out about other inductees and how it works,” he said. “A lot goes into selecting nominees and I was initially going to say no because it felt wrong.”

He was convinced to accept the induction.