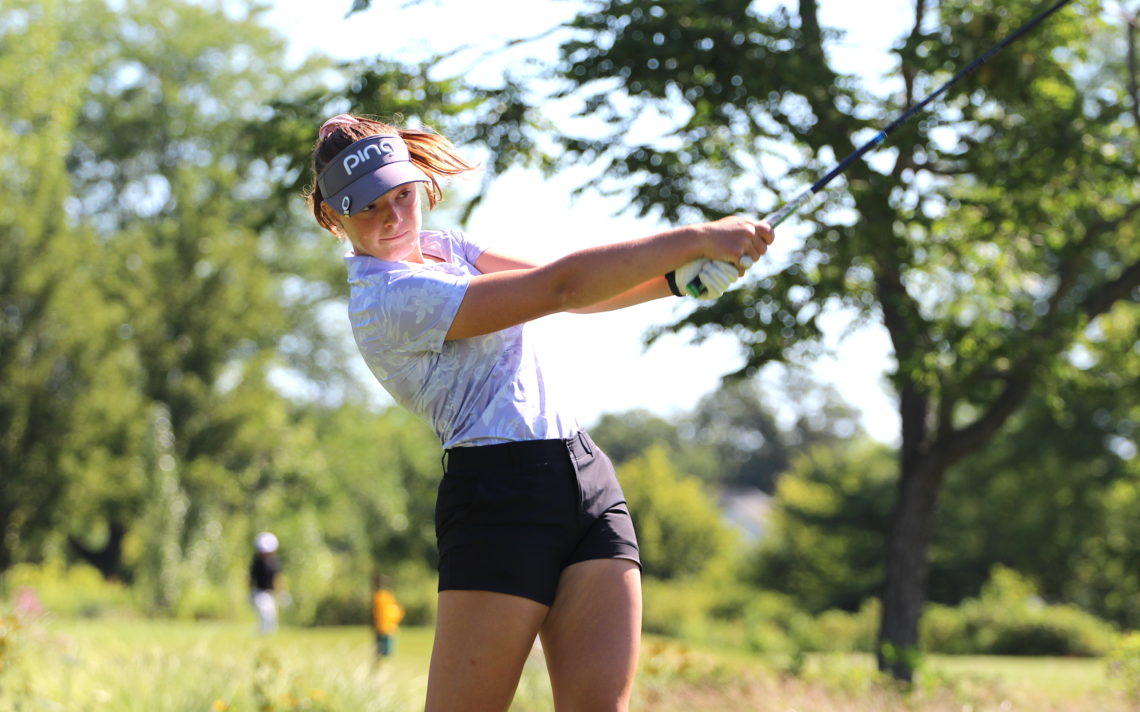 It’s not how you start, but rather how you finish.

Johnny Romak overcame a rough first hole to fire a 73 and take top spot in the boys 17-19 division Wednesday at Sawmill on the Niagara District Junior Golf Tour.

“It started out pretty bad,” said Romak, an 18-year-old graduate of A.N. Myer. “I doubled (bogeyed) the first hole and thought this was going to be a pretty bad day but then I started making a couple of pars and then got into a little bit of a flow.”

Romak said it was imperative to forget that first hole as soon as possible.

“You just figure there are 17 holes left and make a couple of pars and birdies and you’ll be all right,” he said. “The score at the end was a lot better than I thought it was going to be so I was pretty happy about that.”

After the first hole, Romak admitted winning wasn’t on his mind.

“Today, I didn’t try and think about it. I knew if I forgot about that double I could make a good score and when I came in John (tournament director John White) told me I won. I was kind of surprised, but happy about it.”

The win was the second in six years on the tour for Romak, who also placed first last year at Rolling Meadows.

“It feels pretty good,” he said.

“A couple of the greens were a lot different from each other. Some were pretty quick and some were pretty slow and the wind was pretty high too so it was more tough conditions than the course.”

Romak is enjoying his final season on the tour.

“This is my last year so for me it’s more about going out and having fun with the kids out here and learning some good people skills and if you can manage a win, it’s a plus,” he said.

He will miss the tour.

“John puts it together well. The kids are from all over Niagara so you get a lot of different people but they are all good people and it’s good to see different faces and see the boys. It’s a good time.”

Romak is enrolled at Fanshawe College in London where he plans to study marketing and try out for the school’s golf team.

Home course advantage played a part in Casey Kenney’s victory in the girls U19 division.

The 14-year-old St. Catharines resident carded an 83 to edge Mikayla Lacey of Port Colborne by one stroke for her first victory in her second year on the tour.

“I’ve been golfing here ever since golf courses opened. I’ve been here every single day,” Kenney said. “On every single hole where I usually do well that gave me a lot of confidence because I knew I was going to do well.”

Kenney, who is slated to attend Sir Winston Churchill this fall, overcame a rough patch at the beginning of her round.

“At first it wasn’t the best. The putts weren’t dropping but then at the turn I started making more and it was just looking better,” she said. “My drives were definitely not the best but they were still working for me and my putting was better toward the end. It started off pretty rough.”

Kenney pointed to a shot she made on the 12th hole as the turning point of her round.

“It was a par 3 and I went into the bunker but I made it up and down from the bunker and then I felt I was playing better,” she said.

A few holes later, she sealed the win with another impressive shot.

“The last hole was pretty intense. My drive was not the best and my approach shot was not good so I still had to chip and then I made a 20-footer which I was happy about,” she said.

Lacey was playing in the group behind so Kenney had to wait to celebrate.

“I didn’t know what Mikayla was at so I was just happy I made the putt,” she said.

Kenney took advantage with Payton Bennett, Megan Miron and Sasha Baker all taking the day off.

“With this tournament there are the three older girls and they’re good golfers and it’s pretty hard to compete with them. This week not all of them were in so I was hoping to win this week,” she said.

The next stop on the tour is Tuesday, Aug. 11 at Grand Niagara.