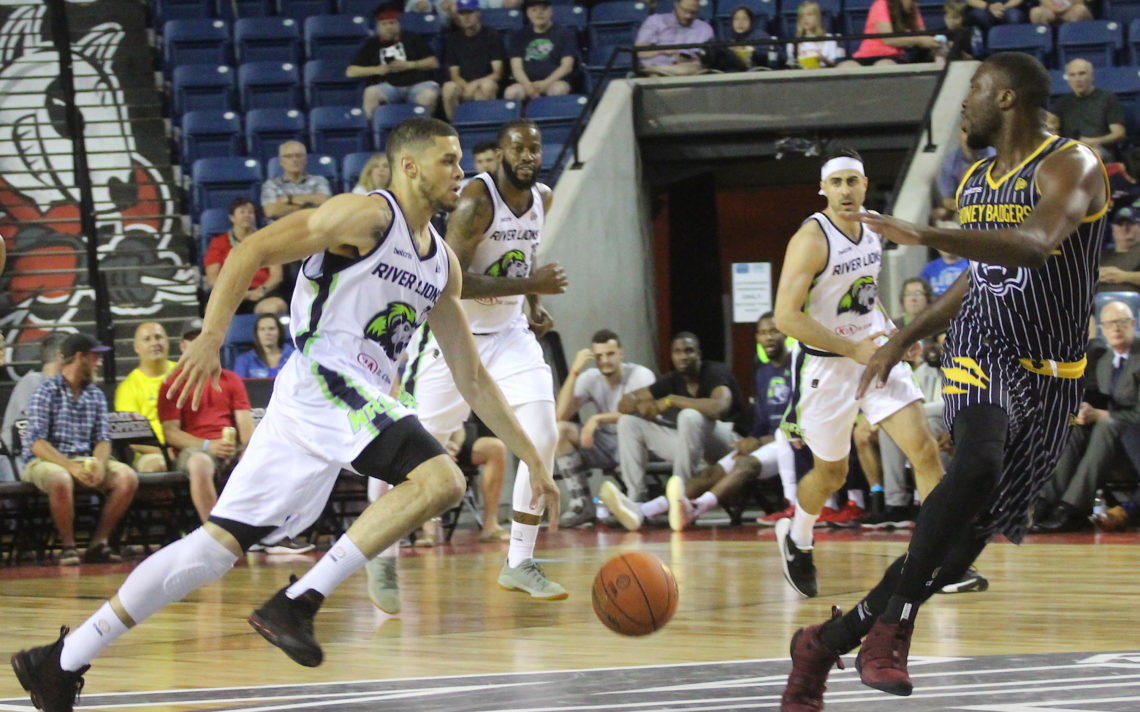 The Niagara River Lions wrapped up the regular season with a 108-94 win over the Hamilton Honey Badgers Wednesday night in Hamilton to clinch first place overall in the Canadian Elite Basketball League standings.

“I’m happy with the performance.”

The River Lions finished the regular season with a 15-5 record, two games better than second-place Edmonton.

“It was a very good team effort, a very good win,” Raso said. “We came first place in the league because of it, which is great, but it really doesn’t mean anything to our guys because we’re trying to win a championship.”

The River Lions advance to the CEBL championship weekend in Saskatoon Aug. 22-25 as the No. 1 seed and will square off against the Honey Badgers in one of two semifinal games. Edmonton and Saskatchewan play in the other semifinal with the winners meeting for the inaugural CEBL championship.

“We need to build on that and keep improving over the next week-and-a-half and get ready to play against these guys again in the first round of the final four which isn’t an easy task,” Raso said. “They’re very talented and I’m sure they’re going to be angry about the way the game went.

“These guys are good and beating them twice in a row isn’t going to be easy.”

Dorian Pinson paced the River Lions with 24 points while Sam Muldrow added 21 and Ryan Anderson 20 off the bench.

“Ryan was fantastic. He had an incredible first half,” Raso said.

Niagara led 58-50 at the half and 78-75 after three before pulling away in the fourth quarter.

“I’m very happy with the progress we’ve made over the last two weeks or so,” Raso said. “Our guys are really locked in and we knew we needed to do a good job on the defensive boards because that’s been a weakness of ours and it’s a big strength of Hamilton.

“Our guys just played so hard.”