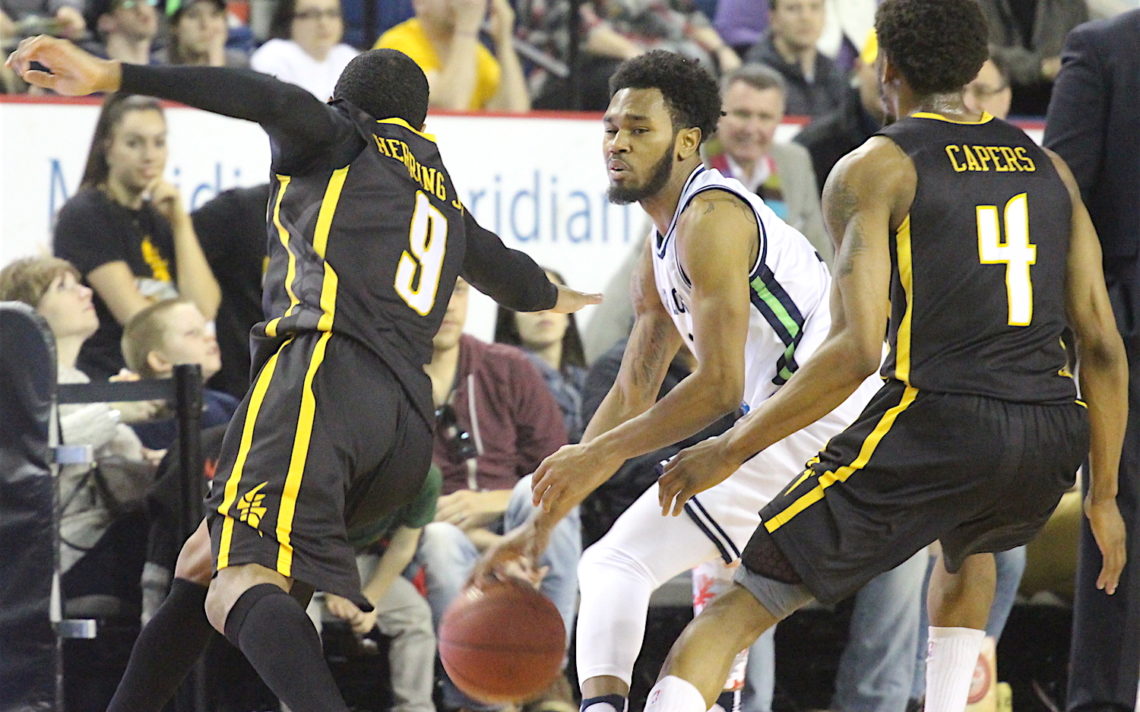 It’s all over for the Niagara River Lions.

The River Lions third season in the National Basketball League of Canada came to an end Friday with a 106-99 loss to the London Lightning at the Meridian Centre.

The Lightning won the best-of-three playoff series 3-1. London took the first two games before the River Lions extended their season with a 124-115 win in Game 3 earlier this week.

Afterwards, Niagara head coach Joe Raso tipped his cap to his charges, who he felt left all they had on the court.

“When two teams play that hard, it’s the intangibles that can make the difference,” Raso said. “When you give everything you’ve got, you can look back and say it was a few things but it wasn’t because of effort or talent or anything else.

“It was just a few bounces that didn’t go our way.”

Raso loved how his team came together over the course of a season which featured some patches. The River Lions finished with a 17-23 mark in the regular season and saw their roster turn over at a 50 per cent clip from opening night.

“We had guys who wanted to play basketball together and that’s so rewarding as a coach,” he said. “That’s the part I will walk away with.

“To me, the reward was what this group has done the past couple of weeks.”

Raso said even when things weren’t going as planned, the players continued to buy in.

“Even when no one else felt they had a hope in hell, these guys believed in us and the coaches believed in them. It’s a good lesson for all teams. You have to trust the guy beside you and stay the course.”

Raso admitted it’s a challenge with so many roster changes over the course of a season.

“It’s not an ideal way to do business but it’s what this business is,” he said. “You have no control over guys getting up and leaving in the middle of the night. That’s a function that the league has to try and correct somehow.”

Raso isn’t sure what the future holds for himself.

“I knew I was going to go all in,” he said. “I said when I took the job wins and losses pay your mortgage when you’re young and if your mortgage is paid, you ride the busses with people you like.

“We’ll see what happens. There are so many things with this league every year about where it’s going. You have a lot of good owners, I just wish they were better partners.

BPSN Star of the Game: London’s Royce White with 24 points and 15 rebounds.