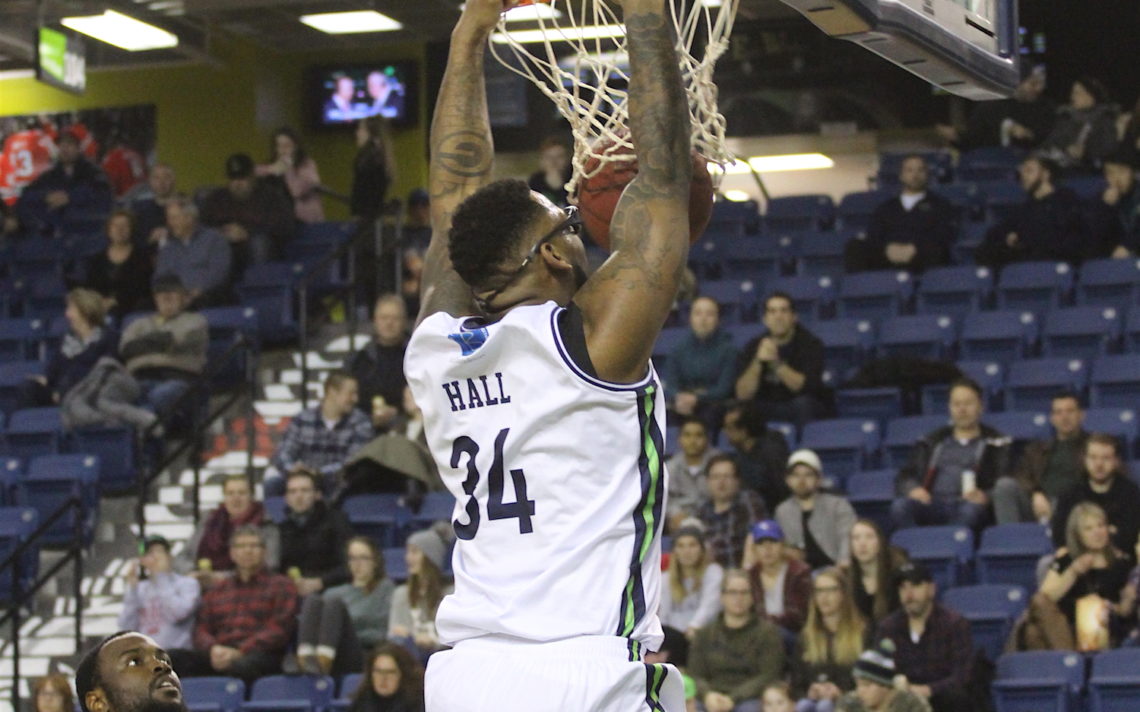 The Niagara River Lions fell three games under the .500 mark with a 122-104 loss to the St. John’s Edge Sunday afternoon at the Meridian Centre.

The River Lions are now 10-13 and 3-7 in the last 10 games and in third spot in the National Basketball League of Canada’s Central Division.

The River Lions, who also dropped a 99-97 decision versus St. John’s Friday, finished the first quarter tied with the Edge 25-25 and both teams went into halftime tied 55-55.

The tide turned in the third quarter when the Edge outscored the River Lions 37-24.

The River Lions squandered a first-half lead in their loss Friday night and Sunday afternoon’s loss was the second home game in a row they’ve been outscored in the second half.

The Edge went 17-32 from three-point range and shot 57 per cent from the field.

Guillaume Payen Boucard led the River Lions in scoring with 31 points, nine rebounds, two steals and a block. Jaylon Tate chipped in with 19 and Carl Hall 15.

The River Lions rode a big third quarter to a 103-96 victory at Kitchener-Waterloo Saturday.

The River Lions have a seven-day break in the schedule before hosting the Titans Sunday at 2 p.m.