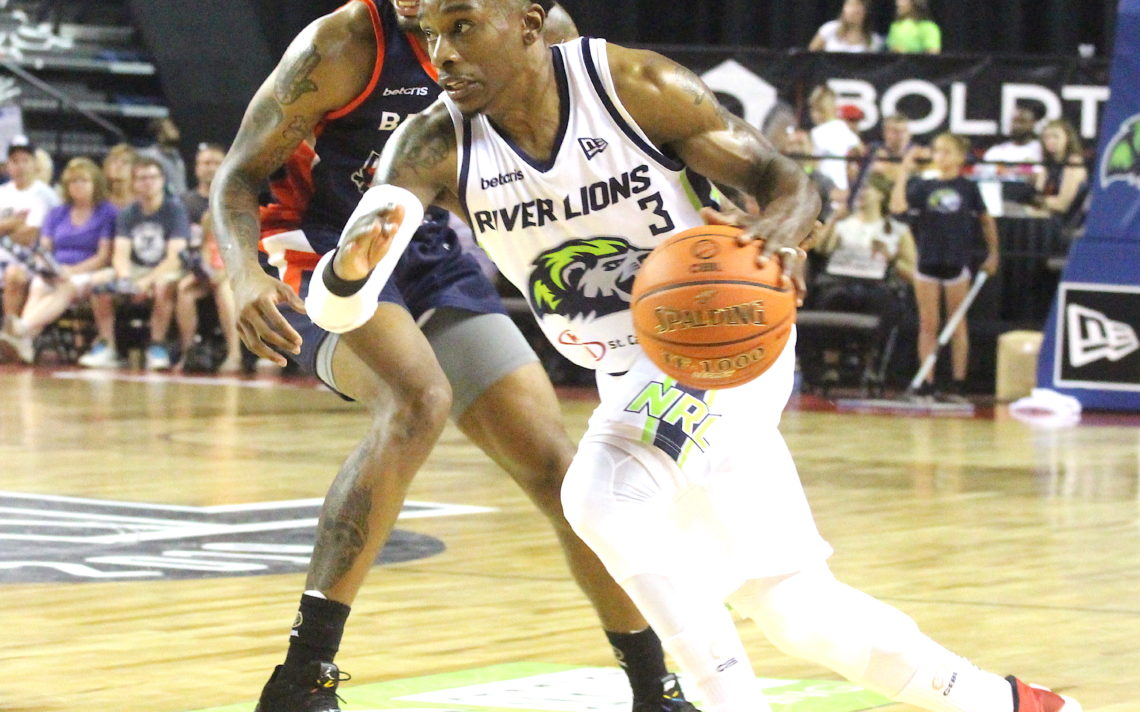 The Niagara River Lions got back to the basics and came away with a convincing 95-82 victory over the Fraser Valley Bandits in Canadian Elite Basketball League action Thursday night in British Columbia.

The win improves Niagara’s record to 14-5 while the Bandits bring up the rear of the standings at 4-15.

The River Lions were coming off a disappointing effort in a loss at home to Guelph last week.

“This is a really good win for us,” Raso added. “It felt like the first time in about three or four weeks that we were really playing well again so it’s very encouraging. We need to keep our foot on the gas pedal and keep moving towards the playoffs. Our guys were all locked in tonight.

“It was a very good win as a unit which are the wins we need to have because that’s how we need to play down the stretch.”

“Sam Muldrow was absolutely fantastic,” Raso said. “He was backing shots and hitting threes. He had a massive dunk and we could put the ball through him in the post.”

Dorian Pinson chipped in with 12 while Guillaume Payen-Boucard and Filip Vujadinovic added 11 each.

“Phil, who hasn’t played much, this year came off the bench with 11 points in the first half,” Raso said.

The River Lions conclude the regular season Wednesday in Hamilton before preparing for the league’s championship weekend in Saskatoon Aug. 22-25.