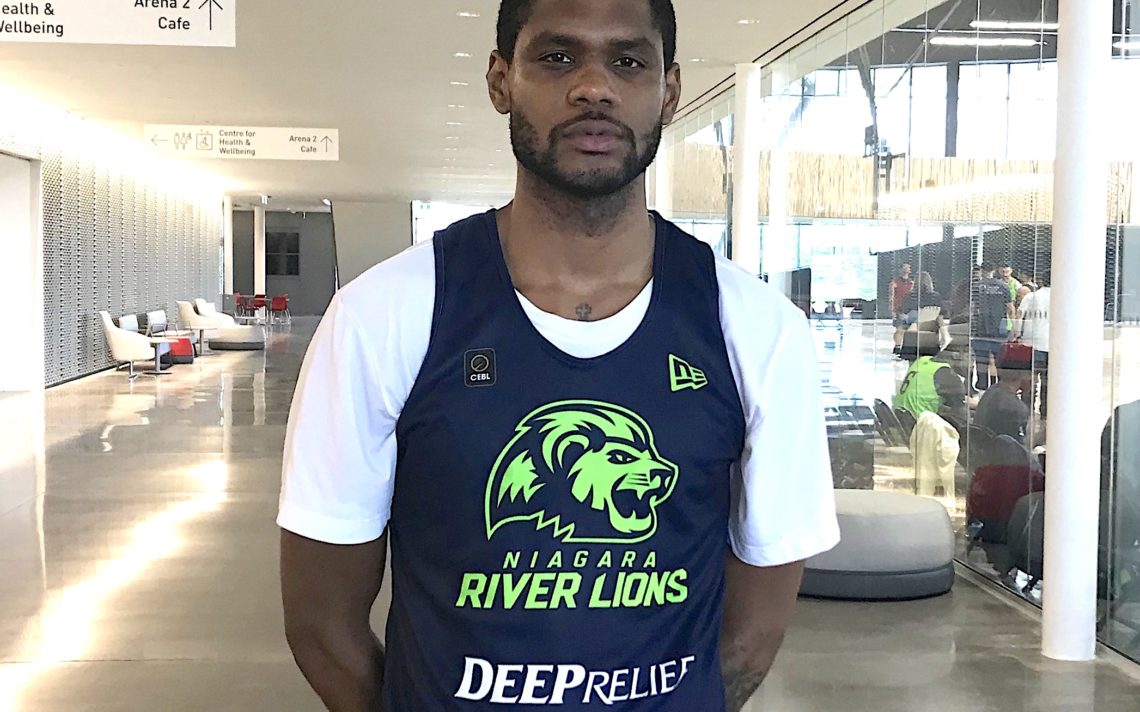 “My agent called me and said that a GM with a lot of energy from Canada wanted to talk to me,” Davis said. “A long story short, I talked to Antwi. We had a couple conversations during my last season and I knew I would end up here the summer.”

It was an easy choice for the 27-year-old native of Burford, Ga.

“Once we started talking, I realized that our mindsets were really similar, our goals are really similar and I will be friends with a lot of people here for a long time just because of the mindset here and the ways these guys approach basketball,” he said, after practice earlier this week. “I am really enjoying it and I have learned a lot already.”

Davis describes the mindset as a driven one.

“These guys want to win. They all serve each other, they take great care of each other, they are really accountable and there’s a lot of energy. Everything that makes winners, I feel that they do it here.”

The 6-foot-9 forward is coming off a season with the Nurnberg Falcons of the German Pro A League, where he averaged 15 points, five rebounds and 2.3 assists per game. His team missed the playoffs by one game and he returned home to Atlanta in mid-April.

“I took a couple of days off but I knew I was coming here so I had to start preparing.”

The former scholarship player at the University of Tennessee and the University of Central Florida comes from a rich family background in basketball. He is the son of Antonio Davis, a former second-round pick of the Indiana Pacers, who went on to play 13 years in the NBA, including stints with Indiana, Toronto, Chicago and New York. He would later become president of the NBA Players Association and is presently an analyst with ESPN. AJ’s twin sister, Kaela, plays for the WNBA’s Seattle Storm.

AJ describes his family’s influence on him as huge.

“My family is a basketball family. I feel it teaches us a lot of principles about life and it is everything for our family.”

Kaela and AJ are very close and they keep that way by not playing one-on-one against each other.

That relationship is crucial for AJ.

“It is the most important one in my life. Being a twin is really different.”

His father’s time in Canada didn’t leave a ton of memories in AJ’s mind as he lived in Toronto from ages four through nine.

“My mom always tells me a lot of stories. I think it was a real cool opportunity for us to be able to go to another country, especially one that loves basketball so much.”

He found a Toronto connection early Monday in practice when he met up with River Lions coach Marlo Davis, a coach at Crestwood in Toronto.

“That is where I went to school when I was younger. It is crazy how the basketball world is so small and brings you full circle. I am 27 now and the school that I went to when I was four has a guy that is coaching me.”

AJ arrived in Niagara Friday night and he likes what he has seen.

“It is nice. I haven’t really been exploring it yet but I want to  go around. I have been to so many places now that I like to get out and see what is around. I am excited to go to the Falls and other places.”

He is also excited about the upcoming season.

“I am looking forward to building relationships and winning with these guys. This is a great group of guys and I can tell early that this is going to be a fun summer.”

Niagara head coach and co-GM Victor Raso is thrilled to have Davis on his squad.

“He is a phenomenal young man. He has great size for his position, great skills, great leadership qualities and he had an infectious personality,” he said. “His dad is Antonio Davis so he has been around the game for a long time and when he was younger he didn’t know how to take everything he learned and put it together. He is just starting to hit his groove in his career.”

“He is better than the leagues that he has played in and I am hoping that he has a breakthrough year for us.”

Niagara training camp concludes Monday and the team will fly to Saskatchewan Tuesday and open the season Wednesday.