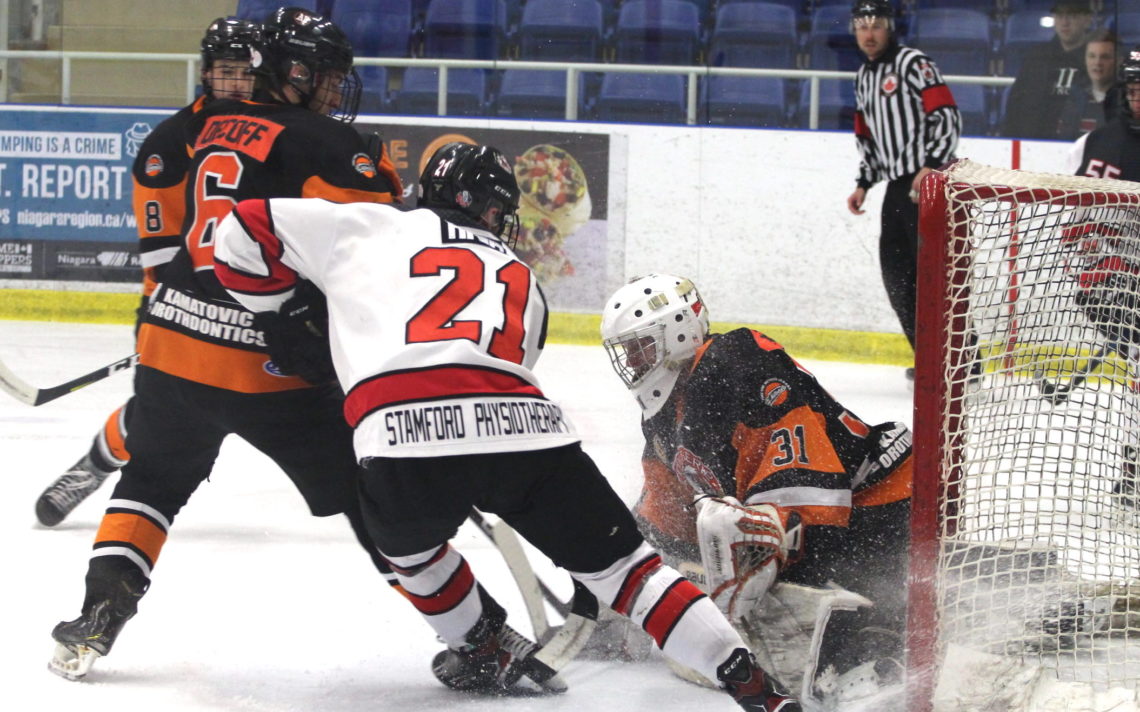 For the second year in a row, a member of the Niagara Falls Canucks has been selected as the recipient of the Donald Sanderson Memorial Award.

Forward Matthew Riva is this year’s winner, following in the footsteps of defenceman David D’Agostino, who won the award in 2019.

The Donald Sanderson Memorial Award is presented annually to a player in the Ontario Hockey Association that meets the criteria as set out by the Sanderson family: Dedication, discipline, desire and deportment.

“To receive this award is an amazing honour,” said Riva, a 19-year-old Niagara Falls native. “The award stands for dedication, discipline, desire and deportment, and to know that my peers see myself as someone who displays these characteristics is amazing.”

Riva, 19, had a strong third full season with the Canucks compiling 71 points in 49 games regular season games. Since joining the Canucks as an associate player in 2016-17, Riva has seen his point totals increase with each season.

Riva also picked up some accolades along the way in 2019-20. At the end of the Greater Ontario Junior Hockey League regular season, Riva was named the Golden Horseshoe Conference’s Player of the Year and was named to the conference’s All-Star team. During the season, he participated in the GOJHL Top Prospects Game where he scored a goal.

“Till now, I have been lucky as I have been surrounded by a great group of teammates and coaches,” Riva added. “They showed me the ropes and taught me how to adapt to the atmosphere of the league.

“I owe a great portion of this award to them.”

Off the ice, Riva is a full-time student at Brock University, where he maintains an 82 per cent average in the Honours Bachelor of Accounting Co-op program.

“He is always available for the younger players to come discuss issues or problems they might be having on or off the ice. He is the first one to arrive to a practice or game and the last one to leave. He is a true veteran and leader, even though he is only a 19-year-old,” Pietrangelo said.

Riva is also an active member of the community. On McHappy Day, he and his teammates helped raise funds by running games and selling raffle tickets in an attempt to raise awareness and support for Ronald McDonald House. Riva volunteers time at the Todd Simon Hockey School, where he helps support young hockey players in their hockey development.

Pietrangelo is proud of the fact the Canucks have won the award two years in a row.

“They are two great kids and two great hockey players, obviously,” he said. “It’s showing the commitment that you’re going to school and trying to further your education. Both are Brock students and both leaders on the hockey club and in the dressing room. They also find the time between school and hockey to be able to volunteer and give their time to help those who are needy.” 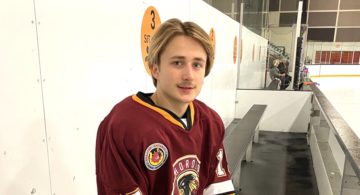 GOJHL to begin play in January