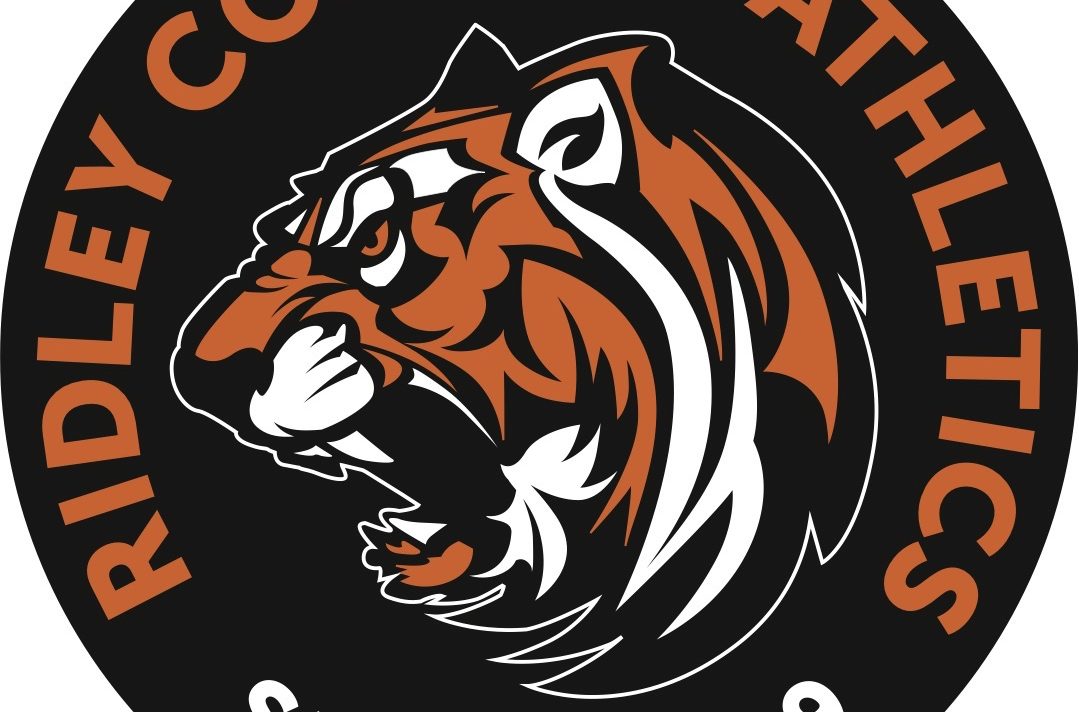 The rowing team had its first competition of the new year at the Canadian Indoor Rowing Championships on February 9.  Twenty team members competed in eight events coming away with eight top 10 finishes.  The team had one podium finish–Shane Keagan – who placed first in U17 Boys.

Prep Girls Hockey finished with a 3-1 record at a Junior Women’s Hockey League tournament in Minnesota.

Foulem, Lilli Welcke and Avery Penner scored two goals each while Emma Penner, Mia Giles and Carmen Elliott added singles in a 9-1 win over Boston. Hallie McClelland made 15 saves between the pipes.

The Tigers wrapped up the tournament with a 4-2 loss to NAHA. The loss ended Ridley’s 12-game winning streak. Emma Penner and Anna Barrington scored while Brooke Loranger made 29 saves.

In CISAA action, the Tigers clinched first place with a 3-0 win at Appleby. Toner, Foulem and Lilli Welcke scored.

The Prep Boys Hockey team celebrated their senior graduating class of 2020 in a home game last Thursday. A total of 10 graduating seniors were joined on the ice by Hockey Director and Head Coach, Mike McCourt, as well as members of their respective families. Senior Day on campus is an opportunity to pay tribute to senior players for their contributions to the Ridley community.

The Tigers then defeated Holy Trinity School 4-2. Ridley fell behind early 1-0, but key saves by Noah Sloan and a nice tuck by Sammy Rodriguez, tied the game at 1-1 after one period.

After an end-to-end second period thriller, the Tigers went into the break tied at 2-2 after a goal by Rain Yeung. In the third period, the Tigers took a 3-2 lead when Lucas Wiley set up Bradyn Wark with a cross-ice sauce pass tape-to-tape for a tap-in, following a huge pad stop by Sammy Rootes on a breakaway.  Great defence by Owen Leach kept HTS’s best player off the board, allowing Rain to pot an empty net goal, putting it out of reach.

The First Boys Basketball team was in tough on Monday afternoon, against a balanced attack from the St. Michael’s College Double Blues, and dropped a 64-36 decision. The Tigers came out sputtering on offence, scoring just two points in the first quarter.  After buckling down on defence, the Tigers clawed back with a barrage of three-pointers from Adam McDonald and Sisan Tuedor.

Eden came out strong, scoring two quick goals before Ridley got their legs under them. Ridley gave a valiant effort, but was unable to keep pace with Eden for the duration of the game. Netminder Brynn Lund was tested often, making 16 saves. Scoring for Ridley on defensive rushes, were players Riley McMaster and Abby Ferrante. 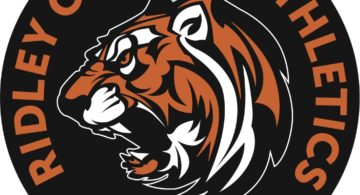 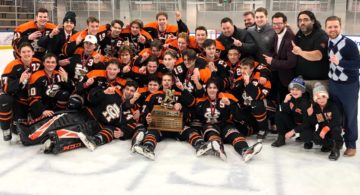 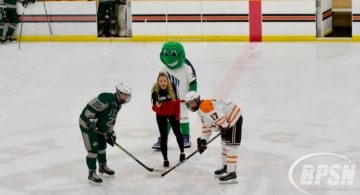