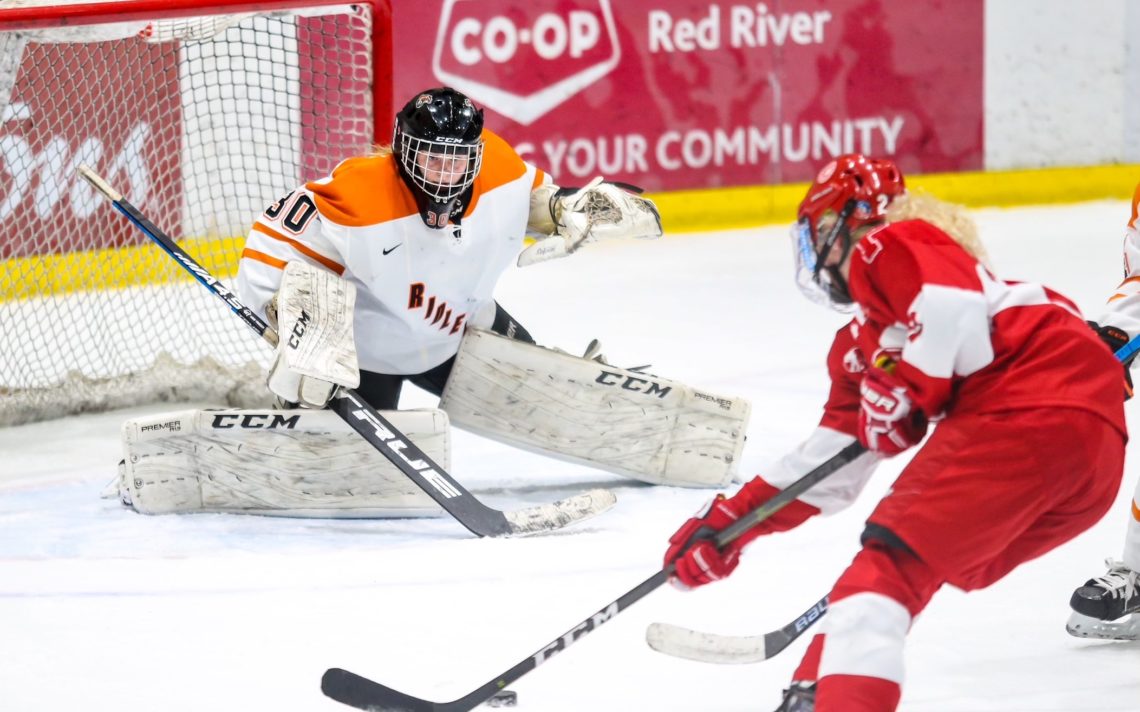 Brooke Loranger could not have asked for a better Christmas gift.

The 16-year-old, Grade 11 student at Ridley College found out about a week before Christmas she had been accepted to play hockey on a full scholarship at the College of the Holy Cross in Massachusetts.

“It was a nice Christmas present,” she said.

Loranger is thrilled with the opportunity to tend goal at a NCAA Division 1 school.

“It’s amazing,” she said. “I’m really lucky and so happy to have this opportunity. It’s obviously something that I’ve dreamt about and a lot of other girls have too.

“It’s an amazing feeling to finally get there and have that accomplishment.”

Loranger will attend the school beginning in the fall of 2022.

“It was actually a really big stress relief off my shoulders,” she said. “I’ve been waiting for that opportunity for such a long time since I started at Ridley. It’s been a long trek but I’m glad I finally got there.”

Holy Cross was high on Loranger’s list after visiting a friend there a couple of years ago.

“It was a mixture of things. Since the classes are so smal,l you get to know your professors really well which help with academics and the connections you make are really helpful beyond school.” 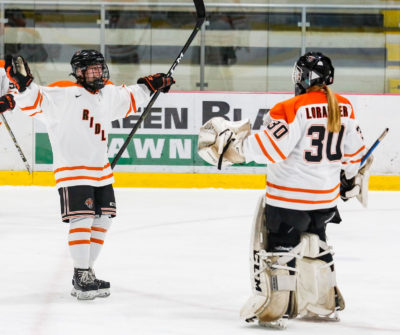 Loranger, who plans to major in business management, is looking forward to the challenge of playing at the NCAA level.

“The hockey is going to be really great. I think there’s going to be a lot of opportunities for the team and for me to prove myself once I get there,” she said. “I think it’s going to be a really big transition but I think if you really keep working hard and really try to project further and aim higher, you are somewhat prepared for it and it won’t be a big shock.”

Loranger grew up in Edmonton where she played boys rep hockey until moving to Niagara-on-the-Lake when she was 11. She continued to play at the rep level on boys teams in peewee and also tended goal for the Brock Badgers women’s team, playing up an age category at the bantam level.

She joined the Tigers when she began to attend Ridley.

“Brooke is a dedicated student-athlete who began with the Prep Girls Hockey program at Ridley in Grade 7,” said Jason Barron, head of goalie development at Ridley. “She has shown great growth both on and off of the ice during that time and has become a leader within our program and the Ridley school community.

“Brooke is a student-athlete who takes great pride in her work and that is something that I am confident will continue during her time at Holy Cross.”

Barron began working with Loranger when she was 11.

“Brooke is a competitor who leaves no stone unturned in her development,” he said. “She is always looking for ways to continue to grow her game. That competitive nature is something that has always been instinctive for her from a young age.”

Loranger feels her time at Ridley has been a key component in her development.

“I think it’s helped tremendously. It’s the largest reason I am where I am now with my coaches, they’ve been a really big part of that, being so supportive and helpful,” she said. “They really push you to be your best constantly. I really owe a lot of thanks to Amanda (Wark) and Celeste (Doucet). I really don’t think I would be where I am if they hadn’t given me the chance to play on their team.”

Loranger is doing her best to keep as active as possible during the lockdown.

“I’m working out a couple of times a day trying to keep active and be prepared for when we finally do go back,” she said. “It’s definitely hard. It’s been your life, it’s all you do for such a long time and then for it just to be taken away so quickly, it has been difficult. It’s an outlet for myself and a lot of other people to let go of some stress and just have a little bit of fun and take your mind away from school and everything else.” 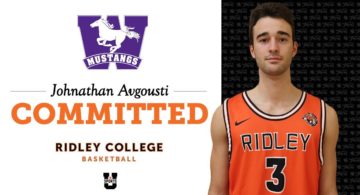 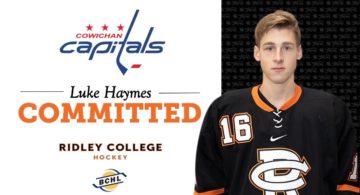 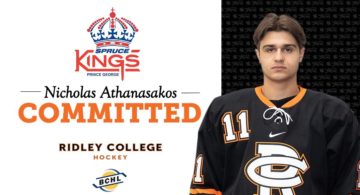