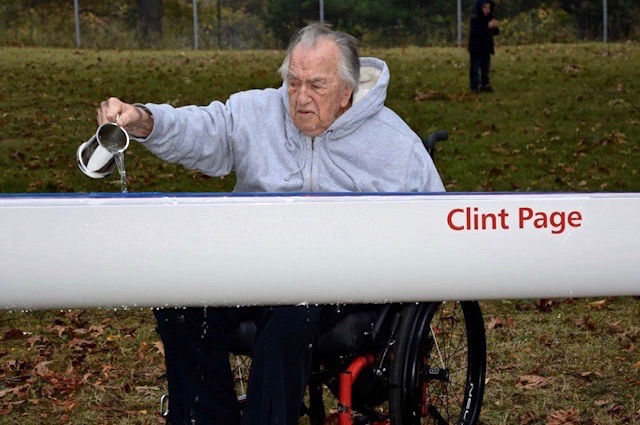 The rowing community is mourning the loss of a long-time official, fundraiser extraordinaire and St. Catharines Sports Hall Fame inductee. 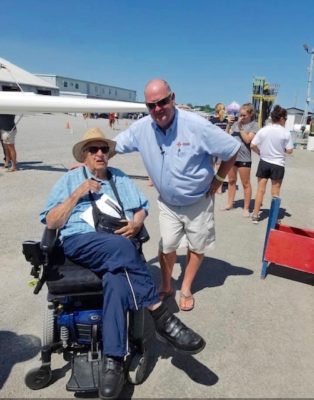 Page spent 15 years as an official at regattas before assuming the role of Chief Registrar of the Henley course in 1963. It was a role he held until his retirement in 2000.

His fundraising exploits started modestly when he and his wife Jean began selling hot dogs in front of the Henley Grandstand. From there, he progressed to arts and crafts shows and bingos. Through his efforts, he helped raise more than $1 million. Page was also involved with the Henley Island Helpers and organized the Clint Page Classic Regatta.

One person who had a front row seat to Page’s service as registrar and volunteer bingo worker was Al Shynal. In 1983, Shynal started coaching and teaching at Merritton High School and he decided he wanted to help Page with his duties as registrar. Shynal was a willing pupil and Page taught him to the point where the student eventually took over from the teacher.

“He was my mentor and friend,” Shynal said. “He trained all his volunteer staff to be kind, efficient and helpful to minimize stress and maximize the positive experience of competition.”

“His focus was always on creating a welcoming environment that was consistently fair and safe for all the athletes,” he said.

Page’s involvement with rowing was motivated by his love for the sport.

“He really believed strongly in the sport and that fact that it built character and it gave people and opportunity to compete in a healthy, outdoor sport,” Shynal said. “He was a rower himself and he really believed in the St. Catharines Rowing Club and the whole of concept of competition.” 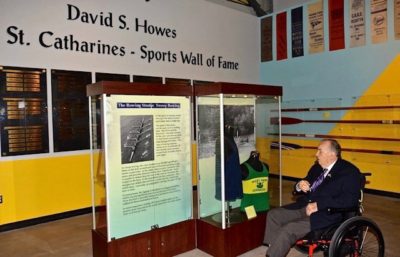 Shynal’s fondest memory of his friend is Page’s memory.

“His memory was phenomenal and he knew an exceptional array of coaches, athletes, and officials from all over the world,” he said. “Any time anyone came from the United States or overseas, he would know them and know something about him or her that he would relate to us. It was amazing.”

Shynal will miss his pal.

“Clint was an outstanding person and gentleman who made a major contribution to the success of rowing in Canada,” he said. “I feel honoured to have known Clint Paige and his spirit lives on at the Henley Course on Martindale Pond.”

Away from rowing, Page lint served with the Merchant Marine in the Second World War and afterwards worked at having the Merchant Navy recognized by Veteran Affairs. While overseas, he met his wife at a dance hall in London, England. They married in 1951 and were married for 67 years. He worked as an electrician for Ontario Hydro.