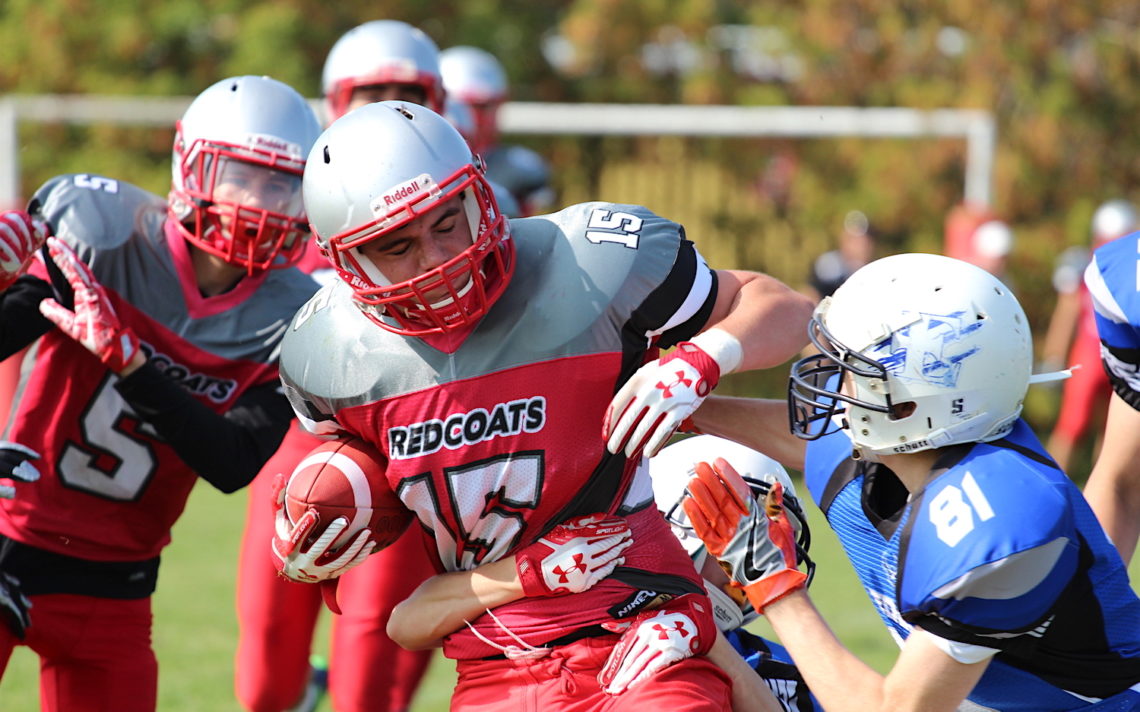 Redcoats and Flyers playing for keeps

When the Eden Flyers and Governor Simcoe Redcoats senior football teams last met on the football field, the squads were playing their final games of an exhibition schedule to end the 2016 season.

On Wednesday, the teams met in meaningful action in the opening game of the Niagara Region High School Athletic Association Division 2 schedule. Eden and Simcoe will battle Collegiate and Grimsby for the Division 2 championship.

“The kids are really looking forward to it and all the teams are evenly matched so it should be competitive this year,” Eden head coach Jordan Smith said. “The kids are excited about the playoffs and a chance at a championship.”

Eden has solid numbers for its senior squad despite the school also fielding a junior roster. That may hurt in the short term but should help the Flyers develop a strong senior team.

“I love having Grade 11s coming in who have already played every down for two years,” Smith said. The Redcoats also hope they are on the rebound as they reenter the fray this year as a full-fledged member of the Division 2 loop.

“The program had a few years where we were looking to rebuild and take it back to where it was in the past,” said Jamie Brophy, who coaches the program along with Carey Spiece and Tom Grantis.

The rebuild is still  in its infancy.

“We lost a lot of guys after last season,” Spiece said. “The last couple of years we’ve had an older team but this year we are younger. We are looking to rebuild the program through grassroots stuff.”

Crucial to the success of any program are bodies in uniform.

“We are running a varsity (senior-only) program and most of what we have are strong Grade 10s and 11s,” Brophy said.

From a school population of 850, the team has drawn a 40-player roster made up primarily of students in Grades 9, 10 and 11. That young group bodes well for the future.

“And having the turf field as well will help bring more interest to the program, but unfortunately we are not on it yet,” Brophy said.

The Redcoats first home game is scheduled for Oct. 4 versus Grimsby and the turf field is expected to be ready by that date.

“We really excited and we are going to have a grand opening at that game,” Brophy said. “The week following we have a 1 p.m. game and we are hoping to have a school event where we christen the field and celebrate a new era of Simcoe Redcoats football.”

Goals for the season are to be competitive and build a rivalry with Eden.

“We want to be competitive with them and challenge then back and forth,” Brophy said. “And we want to get repetitions, not only for our seniors and Grade 11s, but to encourage the 9s and 10s.

“We would love to have the numbers to support a junior and senior program.”

In the opening battle of the two schools, Eden emerged with a 9-2 victory.

“They are our north end rivals and it is always nice to get a win against them,” Smith said. “Our defence was very strong but we still have a lot of work to do.”

Eden’s Cole Parkin scored the lone TD in a game following up a tackle-breaking 60-yard run with a two-yard plunge.

Last season, the 16-year-old Grade 12 student had a habit of running parallel to the offensive line. This year, he’s running more down the field.

“I was scared to run straight into the line last year and I ran a lot side to side,” he said. “Over the summer, I tried to work on my game and I got stronger. I feel a lot better running up the middle than I did last year.”

Parkin was unable to describe his 60-yard run.

“A lot of teammates told me what I did but I was just more in the moment,” he said.

Parkin loves that his team has a chance to contest a Division 2 crown.

“It makes us excited and gives us motivation to work harder and harder.

BPSN Star of the Game: Eden’s Cole Parkin with more than 100 yards rushing. 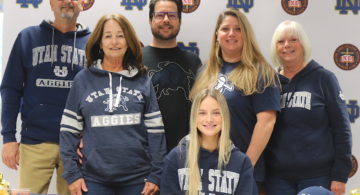 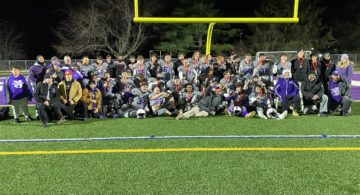