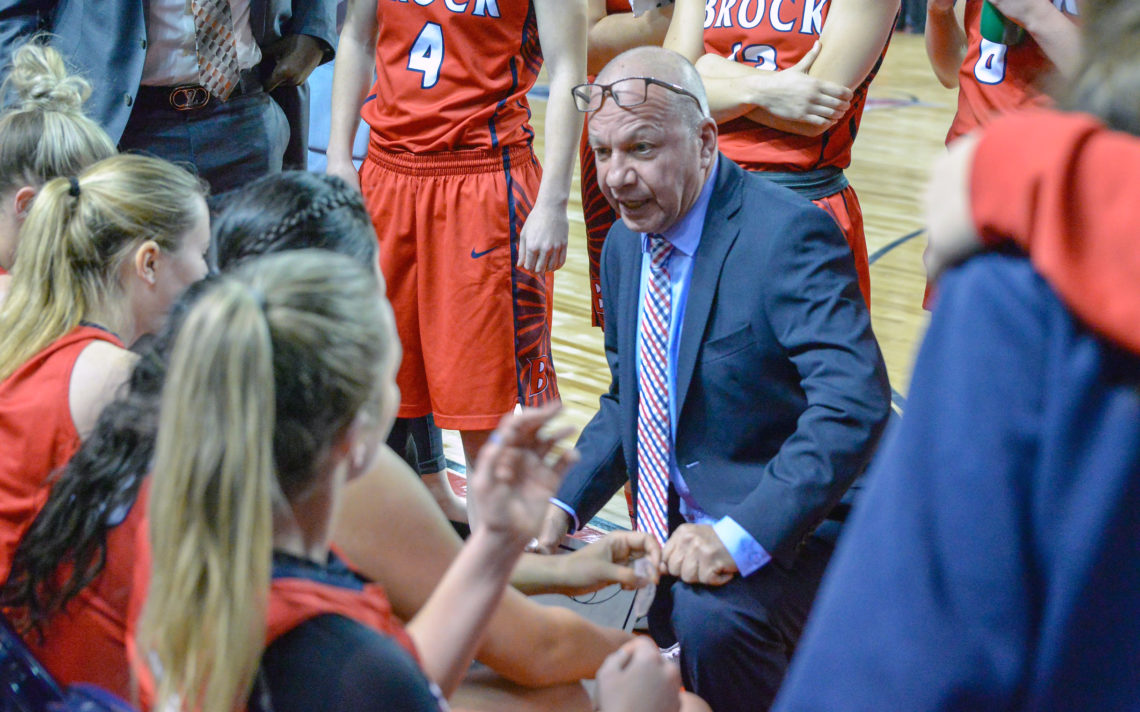 In recent days, social media feeds have filled with memories of the Brock women’s basketball team’s magical March 2020 run to an Ontario University Athletics title and a silver medal at the USPORTS championships.

The architect of that memorable ride, head coach Mike Rao, is not one to dwell on the past.

“I wish I could say I was reflecting but my thinking is more forward-based and I am anticipating more what the future will look like,” said the reigning OUA and USPORTS coach of the year. “The only time I reflect is when I seen something come up on Facebook or Instagram.

“I still have feelings and we were part of something very good for Brock, the community and us, but my thinking is all about next year’s team.”

Rao feels the future looks bright for that upcoming squad.

“Right now, I am trying to figure out how the players will fit together,” he said. “We have had a lot of interest over the last year, mainly because of the success we’ve had as a team, and I think we have some good players in the mix.”

He has been overwhelmed by the number of players expressing an interest in playing for Brock. In the next couple of weeks, Brock will announce a pair of college transfers coming to the school, including one who was an Ontario Colleges Athletic Association all-star. Rao didn’t want to name names until both had been accepted into Brock.

“It’s going to be a hectic tryout but we are going to have them because I promised these girls a legitimate tryout.”

No one is guaranteed a spot.

“Just because you were on the team, there’s a lot more girls that are coming out and I am obligated to choose the best team that I can,” Rao said. “I am going to be as honest as I have ever been. I have only chosen people who are the best and that is all I have ever done.”

It’s a far cry from Rao’s first year as head coach when he scoured the halls of Brock looking for players to fill out his roster.

“It is quite the change and now they are coming to us. I have always liked the open tryout format because there is always one or two that kind of come out of the woodwork and everyone has missed on them for whatever reason,” he said. “I have a group of people who have a good eye for that and I will keep them with me during the tryouts.”

When figuring out how many newcomers have a legitimate shot at making the team, Rao has come up with a surprisingly large number.

“I only recruited four to replace what we were missing but I can see six or seven new faces on the team and there’s six faces that I didn’t go after,” he said. “They approached me, they sent me tape and I have an obligation as a coach to watch it and I have to listen to them.

“They wanted me to tell them what Brock was all about and they bought in.”

There is an additional 15 to 20 players who have notified Rao of their intent to try out for the team.

Because of the COVID-19 pandemic, Rao didn’t hold tryouts last fall and he kept all 20 players who began working out with the team.

Because of health protocols, it was all no-contact drills and skill development as a team every weekday supplemented by individual workouts with Rao.

“I like to get into the mechanics of it and I was working with five or six of them almost every day giving them a 15-20 minute tutorial on shooting,” he said. “We were getting there and on Dec. 20 I was gung ho because all the girls were getting it. Then we had to shut down for two months.”

With Niagara moving back into the red zone this week, Rao is hopeful of restarting soon with a maximum of 10 players in the gym at any one time.

“Hopefully we won’t get shut down again.”