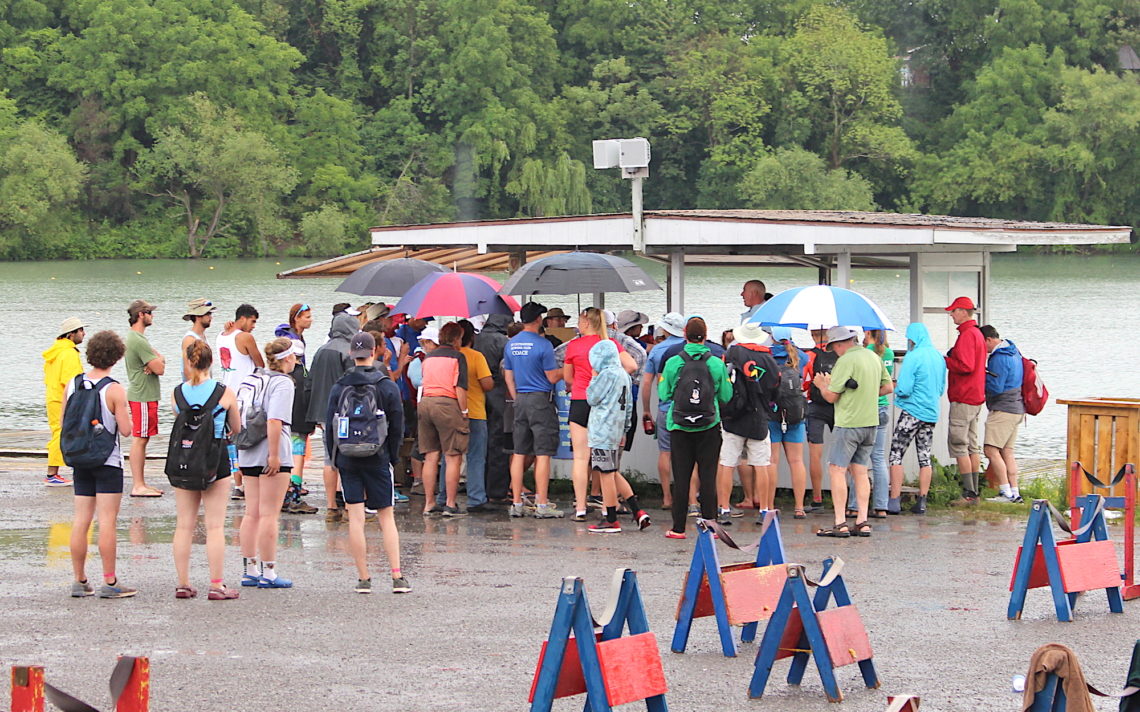 Peter Scott celebrated his birthday Tuesday with a few unkind words in the direction of Mother Nature.

The chair of the 137th Royal Canadian Henley Regatta could only watch and wait as a morning weather delay halted action on Henley Island.

“Usually the weather delay happens on the Monday during practice when I have a 100 boats on the water,” he said. 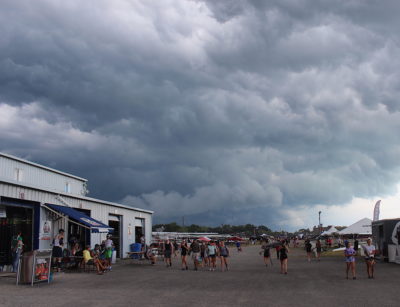 Scott was hopeful the regatta could get back on schedule later in the day but it would mean the elimination of practice time on the course.

Scott laughed at the suggestion there was plenty of time built into the day to accommodate weather delays.

“Entries have been down the last few years and they were down again last year, but this year there seems to be a bit of a correction,” Scott said.

The most noticeable reductions had been seen in the senior categories, but there has been an increase this year for senior entries in the smaller boats.

One area where entries have increased is in the championship events which are for composite crews and athletes who have competed for their country at the World Rowing Championships, World Under 23 Championships and World Junior Championships in the current year.

Another area of growth at the regatta is in the para division.

Scott received a phone call from the U.S. national para rowing team which wanted to bring two coxed fours and have a race, but Scott was able to convince them to use the crews from the fours to also have entries in pairs events over the 2,000-metre course.

International crews from Brazil, the United Kingdom, Mexico and a large group of under-19 male and female rowers from South Africa will take part in the regatta. The event will be missing the Argentina contingent which is competing instead at the Pan Am Games.

More than 650 volunteers will help the regatta run smoothly. For the first time, the regatta used an on-line registration system for volunteers.

“We will be able to easily reach out to them next year because they are already in the system and hopefully bring them all back,” Scott said. “Hopefully we will be able to grow our volunteer base with this portal.”

Last year, the regatta had plenty of issues with a new on-line registration system, but thankfully there was no repeat of that in 2019.

“Last year was the next generation system and we have reverted back to what we call the legacy system with modifications,” Scott said. “It made it easier, for sure, because we weren’t in a beta mode. The registration system is always going to be a work in progress because of technology changes and stuff but this year it has been substantially smoother.”

Monday night’s opening ceremonies were tied in to the launch of the two-year countdown to the Niagara 2021 Canada Summer Games. The rowing events for the Games will be held on the Henley course and are expected to be contested after the 2021 Henley regatta. It is expected many athletes will be competing in both events.

“It just happened to be two years to the date of the (Games) opening ceremony and it seemed like it was a piggyback on a fortunate date,” Scott said. 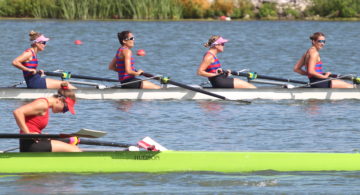 World rowing will be boon to Henley course 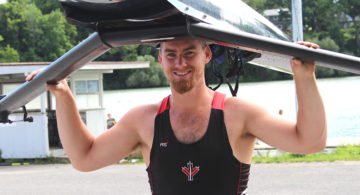 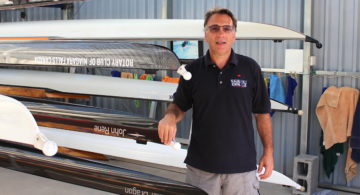