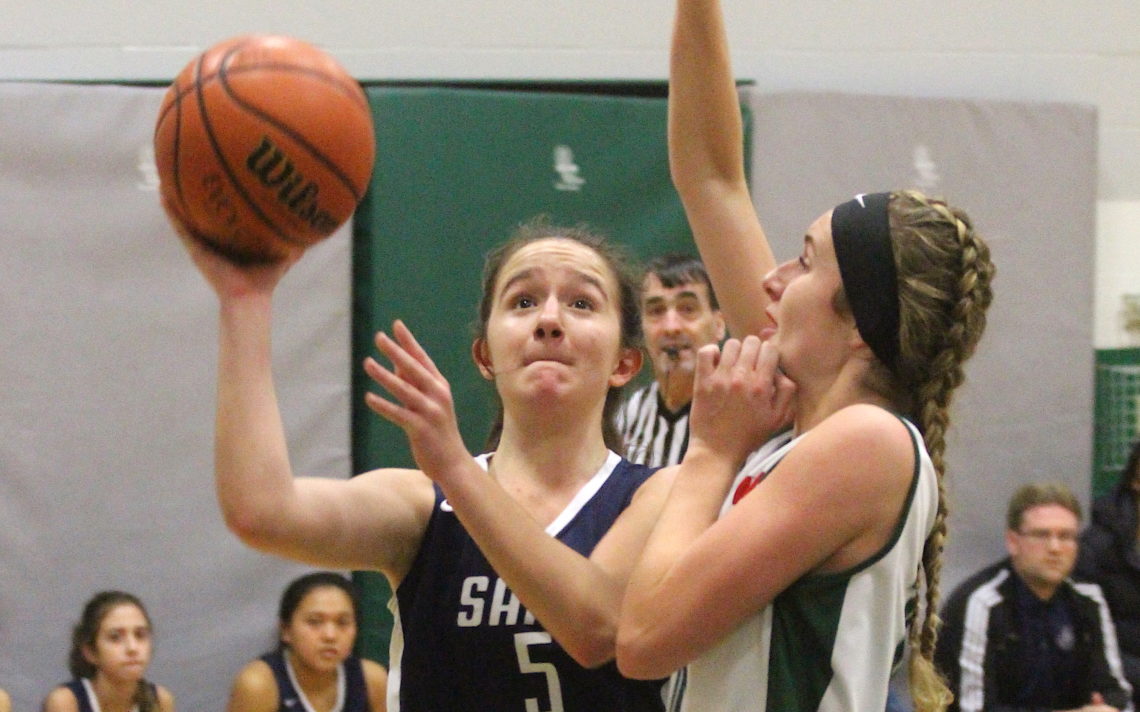 Erin Gauthier has seen some tough times in the last few seasons of her 13-year reign as head coach of the Holy Cross senior girls basketball team. 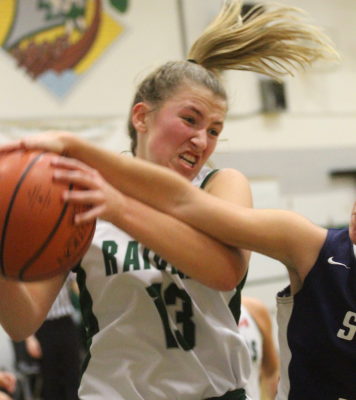 “You can see that my bench is very short and often I have to go recruit some players — athletes who are better at other sports — to come and give me a hand so I can give some of the basketball players some rest,” she said Tuesday, after the Raiders advanced to the Zone 2 (Niagara Catholic Athletic Association) AA final with a 48-38 victory over the visiting Saint Paul Patriots.

“I’ve got some hockey players and I’ve got some soccer players on the team and they are great athletes. They are able to translate their skills from the sports they love and they come in and are able to give me some good minutes.”

One of the few true basketball players on the team is Grade 12 forward Maddie Caughill and she is a big piece of the puzzle for the Raiders.

“Her coming over to our team has been tremendous and she is such a force for us inside,” Gauthier said. “She has great moves with her back to the basket, her positioning and communication on defence is next to none and she makes sure she is in the right position while making sure her teammates are in the right position as well.”

Gauthier calls Caughill a great leader and appreciates the little things she does on the floor.

“If you know basketball, you know that she really knows the game and she has been coached very well all the way up.”

The 17-year-old Niagara-on-the-Lake resident, who transferred to the school in Grade 10, is thrilled to be heading to her first zone final. 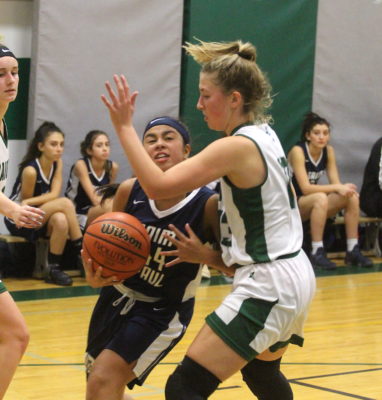 Caughill and her Holy Cross teammates have taken their lumps over the past couple of seasons.

“There are some tough teams out there,” she said. “I am not going to name any teams but it has been difficult playing those games.”

Through the struggles, Caughill feels she has been a solid contributor for the Raiders.

“I think I help out a lot on defence with communication because I am quite loud,” she said. “I can see the whole court from guarding the post so it’s easier for me to yell out and let my teammates know if there’s a screen coming or something like that.”

For the first time in many years, Caughill isn’t playing travel basketball this winter, but she hasn’t given up on the sport.

“I have been thinking a lot about that lately,” she said. “I am not sure what my plans are for next year but I know that I would like to continue with basketball in the future.

“I am going to try and keep it in my life for as long as I can.” 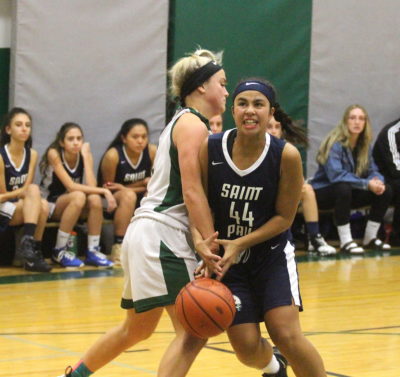 Holy Cross is in a zone final for the first time in six years.

“We’re looking forward to challenging St. Francis and I think we can give them a good go,” Gauthier said.

“They got up on us early and we have a young team and I think we held our heads down a little bit,” he said. “But that’s a learning experience. We are starting two Grade 10s and one Grade 9 and that’s part of the process.

Lennox is excited about what lies ahead for Saint Paul basketball.

“It’s a really bright future and I think the next two years we will be a lot stronger than we were this year,” he said. “We gained a lot of experience along the way which was great for the girls.”

Lennox knows it is difficult for junior-aged players to excel at the senior level but the Patriots’s underagers (Grade 9 player Brooke Lennox and Grade 10s Hanna Dino and Keira Federinko) were up to the challenge.

“They were our three leading scorers,” he said. “We also went in some junior tournaments and we haven’t loss a junior game yet this year.”

The school felt it was important to have a varsity team this year.

“We wanted to have our seniors have a last year and we didn’t want to cancel that program,” Josh Lennox said. “For the four Grade 12s who are going out, it’s bittersweet but at least they got an opportunity to play this year.”

Up next: Holy Cross meets St. Francis in the Zone 2 AA final. 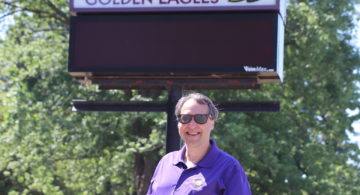 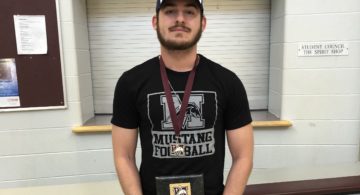 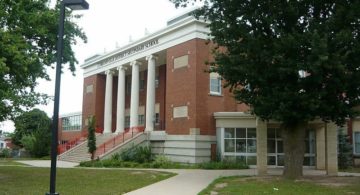