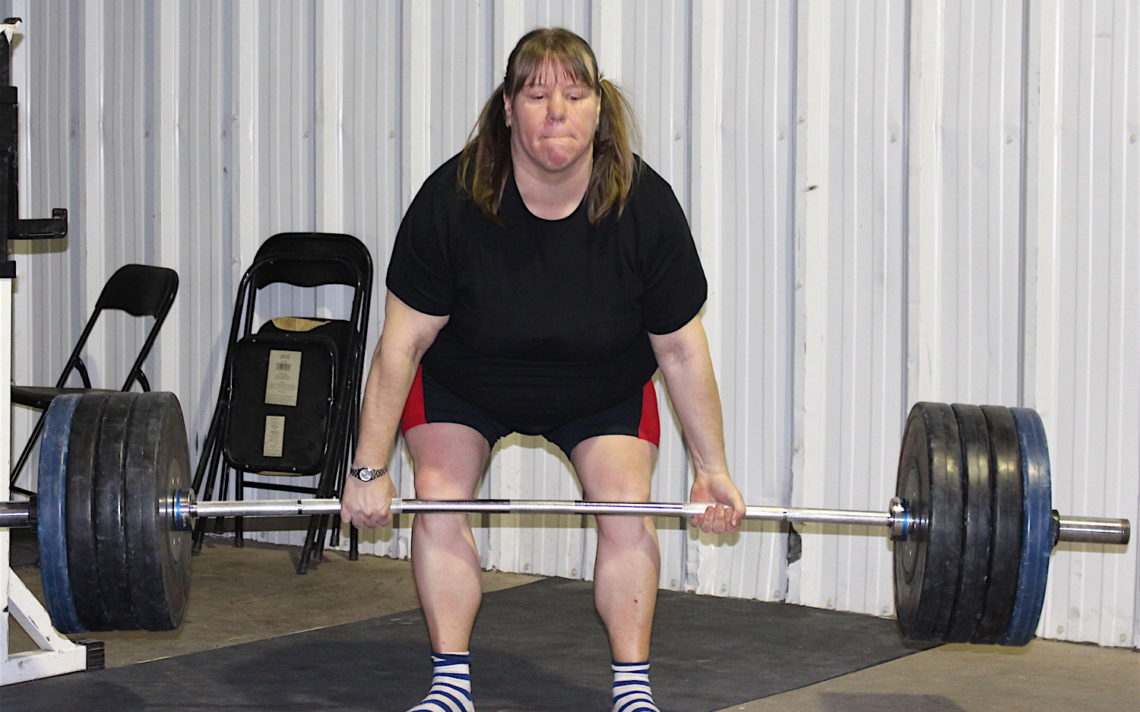 Anjeannette Wynands has gone from a self-described 300-pound coach potato to a national powerlifting champion and the holder of multiple Canadian records.

“My mom died of obesity-related illness and I knew that if I didn’t change I was going to go down that same road, but maybe even faster than she had,” the 41-year-old St. Catharines resident said. “I committed to doing 365 days in a row of some form of exercise.” 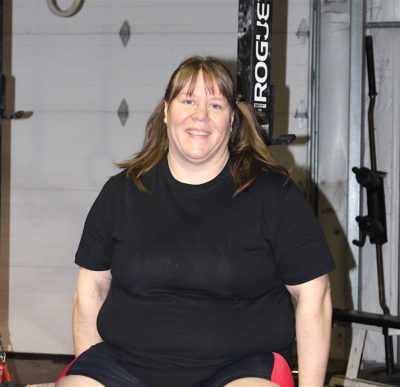 The native of Warren, Penn., who moved to Niagara the weekend after 9/11, started out with walking and worked her way through aerobics, running, Zoomba, boot camp, and crossfit before finally arriving at powerlifting and strong man events.

Lifting large amounts of weight was an obvious final destination for the mother of two girls.

“I have been strong since I was two years old and I could always lift things that were two and three times my own body weight, but I never saw any value in it.

“I am really sad that it took me this long to figure out that I had a natural aptitude for powerlifting.”

One of her earliest memories is when she was two and lifted a piggy bank that was taller than her and loaded to the brim with loose change.

“My parents told me later it was probably twice what I weighed and I put my arms around it, picked it up and wandered around with it.”

The memory was also etched in her mind for another reason.

“That was the moment I lost the nail on my big toe because I dropped the piggy bank on it,” she said. “I have dropped tires on it and this poor toenail has been falling off since I was two years old.

“It’s because I pick up stuff I probably shouldn’t.”

On the first day she tried powerlifting, she deadlifted 300 pounds.

“I guess you could say that I had a natural aptitude,” said Wynands, with a laugh.

Shortly afterwards, she was training on deadlift and squat but has yet to experience competing in bench press, which is the final component of powerlifting.

“People told me that I should compete in it (powerlifting) and I just laughed at them because I had grown up this fat kid and so many people told me when I was growing up that I couldn’t do anything,” she said. “I believed it and I became my own worst bully. They said a few things and then it gets in your head.

Eventually she realized she should take powerlifting seriously and she competed for the first time in 2015, about a year after she did her first deadlift.

Wynands, who trains at Crossfit Reva in St. Catharines, was an overnight sensation.

“I really wanted to stay humble about this, but I have done 17 competitions in three years— some of them powerlifting and some of them strong man — and I’ve won 15 of them.”

“I came in second in one because my ego got in the way and I bit off more than I could chew,” she said. “And the one I was third place in, I came in dehydrated and exhausted after having done meet after meet.”

She holds several Canadian and nine Ontario powerlifting records in the masters division. As for her heaviest-ever lifts, she has squatted 410 pounds, bench pressed 226 pounds and deadlifted an astounding 512.5 pounds. Yikes!

“I’m just getting started,” Wynands said with certainty. “I have pulled 530 (pounds) to about my knees so it’s coming and it’s going to happen.”

She admits it gets harder and harder as she goes along. 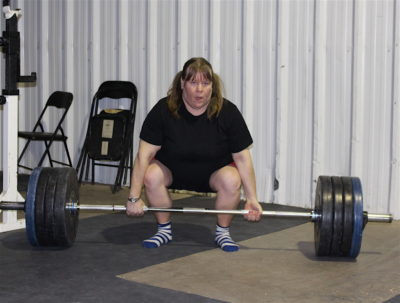 “In the beginning, you are gaining and gaining and then you hit a wall where the natural aptitude will only get you so far.

She loves the training and the atmosphere at Crossfit Reva.

“You have to love the training because 99 per cent or more of my time doing this is in training,” she said. “I get nine minutes at a competition to show what I can do and I work hours and hours to get to those nine minutes.”

Her daughters, eight-year-old Kallista and 12-year-old Alexa, are her biggest fans.

“They love to go to competitions, they cheer me on and they make up signs,” she said. “When I am away and they watch on-line, I see them videos of them cheering when they are watching. They like it.”

Wynands is the reigning Canadian masters champion in the 84-kilogram plus division and she will be competing June 9 at the world championships in Calgary, the same location as where she competed in the Canadian championships.

She has broken world records at a provincial meet but for them to count, she has to do it at the world championships in front of international officials.

Her main goal is to eventually break the world open deadlift record of 525 pounds.

“I am afraid to come up with the ultimate goal because I have smashed the ones that I have already set and now I think there’s no limit. I would like to deadlift 600 pounds.”

To put that in perspective, 60 gallons of water weighs 500 pounds and a large vending machine tips the scales at 600 pounds.

“I don’t even use a belt,” she said. “No belt, no wrist wraps, no knee sleeves, nothing. I want to see what my body on its own can do.”

The powerlifting federation she competes in has drug testing and she and all her fellow athletes compete clean.