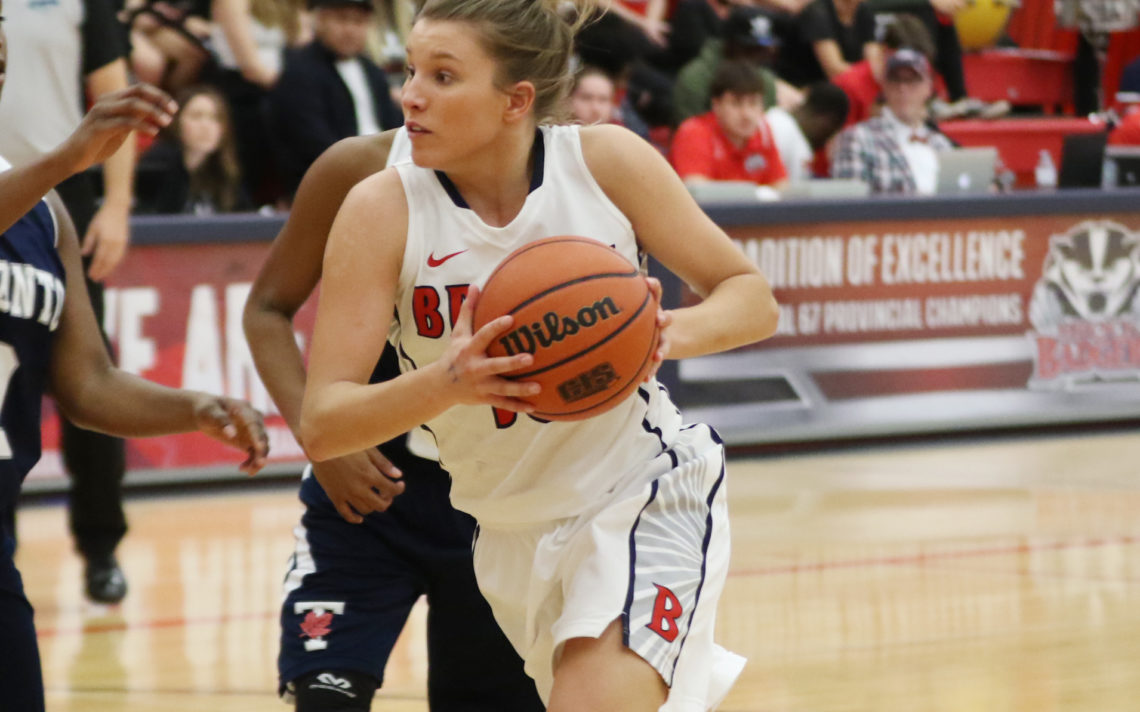 Even with a roster boasting eight new faces and nine women who haven’t played together, the Brock women’s basketball team is looking to match last season’s record.

Under first-year head coach Ashley MacSporran, the Badgers went 8-11 during the 2016-17 campaign and lost 67-49 to Lakehead in the first round of the playoffs with an injury-depleted squad.

“I still think we can be where we were last year,” MacSporran said. “This year’s team can be middle of the pack as long as we don’t lose the games we shouldn’t lose and get those 50/50 games because we are relentless in our effort every single night.”

Unlike last year’s roster which had dwindled to six players by the time the playoffs rolled around, MacSporran has a 12-women team, including 5-foot-7 guard Allie Columbus who is returning from an ACL injury.

MacSporran and the Badgers have taken steps to prevent another return of the injury bug, spending a lot of time with Steve Lidstone at Brock’s high performance centre.

“We’re hoping we’re fitter, we’re stronger and we are taking care of our bodies,” she said. “We are trying to be more proactive in the preventative stuff so we don’t have things that pop up in mid-season and become glaring problems.” 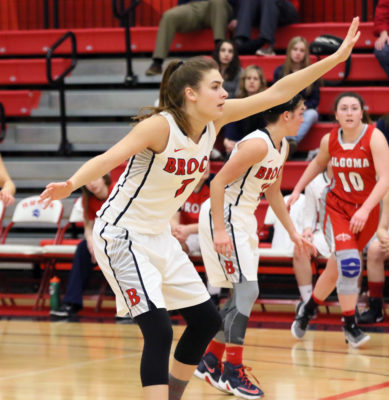 Expected to pick up a good chunk of the lost offence from last season are former Niagara College players Courtney McPherson and Brooke Murdoch. Last season for Niagara, the 5-foot-10 McPherson averaged 14.9 points and 10.8 rebounds while the 5-foot-7 Murdoch averaged 12.2 points and 4.8 boards per contest.

“Courtney has been outstanding,” MacSporran said. “ She has had a couple of double-doubles for us and both of them were CIS (U Sports) players so the IQ level is outstanding.”

Second-year guard Ana Caldeira Rua, who averaged 1.9 points and 2.3 rebounds and struggled with concussion issues last season, is ready to take on a much larger role with Brock.

“Ana has been exceptional and she has been our leader on the floor,” she said. “Whether she’s directing everybody or getting into the middle and shooting the three, she can do a lot of things.”

Baelie Campbell, a 5-foot-8 guard who averaged 7.0 points and 3.1 rebounds last season, will be key to the Badgers’ success.

“Baelie is consistent on offence and defence and I almost forget she is on the floor sometimes,” MacSporran said. “She will play 30-plus minutes because I don’t need to pull her off.”

Kristin Gallant, a 5-foot-7 rookie guard, is a speedy, athletic player who can get to the rim and 6-1 rookie forward Leva Sukeviciute has been getting lots of minutes.

“She (Sukeviciute) is going to be one heckuva CIS player once she learns to settle down a little bit,” MacSporran said. “Once she figures everything out, she will be unstoppable.”

Also showing lots of early promise is former NCAA Seton Hill player Stephanie Finley, a 5-foot-10 forward, who can shoot the three and post up inside.

Welland Notre Dame product Miranda Smith has been unable to play because of a broken finger and MacSporran is confident the rookie’s shooting ability will open the floor up for others. 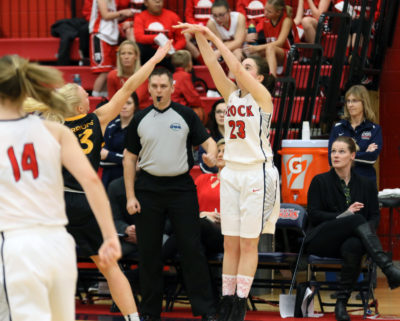 “She expanded her game over the summer,” she said. “She is a great defender and is attacking the hoop more.”

Expected to start Wednesday at 6 p,m, at home versus Western are Caldeira Rua, Murdoch, McPherson, Findlay and Campbell.

MacSporran wants her team to be more up-tempo this season.

“We have more bodies, more athletes and more girls who have the capability to run,” she said. “It will be an inside-outside game. Our plan is to drive it down until someone stops us.”

In the preseason, the Badgers were getting to the free-throw line more than 20 times a game but will need to do a better job of shooting from there.

Brock was 0-6 in exhibition play, including a 13-point loss to Laval, last year’s national silver medalists.

“They’re still trying to figure out they are capable of doing it and they have to bring it every night,” MacSporran said. “That what happens with a young team. A coach can tell them they can do it, but until they see the results, they don’t necessarily believe it.”

MacSporran is evolving as a coach entering her second season.

“It’s difficult taking over anyone’s program because you have different styles and getting the girls to come in and compete hard in practice every day was difficult because that was my expectation and not necessarily their expectation,” she said. “Now that’s our expectation all the time.”

The team is also made up of women MacSporran recruited.

“This year might be difficult and we may not have as many wins — we had a lot of talent last year —but they are here for all the right reasons and that’s what we want.”