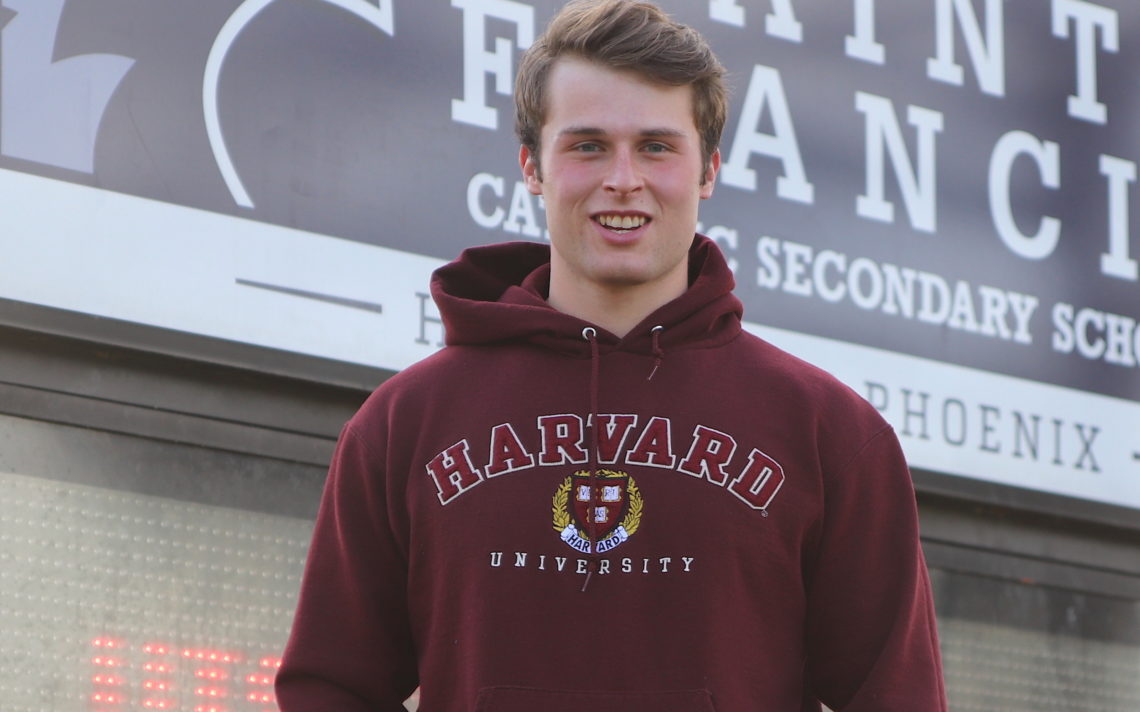 Picard to row for Harvard

“He is a throwback, hardworking, honest, shake your hand and look you in the eye kid,” he said. “We would have morning or late evening basketball practice and always there was David in the dead of winter up on the ergs, sweating his brains out working hard.”

The soon-to-be 19-year-old St. Catharines native has dedicated himself year-round to rowing ever since a shoulder injury in Grade 10 ended his hockey-playing days.

A typical day for the St. Catharines Rowing Club member would see Picard arrive at St. Francis at 5:30 a.m. and workout on the ergometer or in the weigh room until school started at 8:10 a.m. When school ended at 2:20 p.m., he would head back to the gym or practice depending on the season.

“Getting a chance to go to a place like Harvard was always on my mind and I’ve always wanted to push myself,” said Picard, who has been accepted at Harvard and is looking forward to rowing for the Ivy League school. “I have a great group of friends and we also push each other.”

In the spring of 2020, Picard was extra motivated by the chance to follow in the footsteps of his training partner, Evan MacRae of A.N. Myer. Picard finished second to MacRae in the 72-kilogram men’s single at the Canadian Secondary Schools Rowing Association championship as MacRae capture high school rowing’s Triple Crown with wins at Schoolboy, the Stotesbury Cup and Scholastic Rowing Association of America championships. 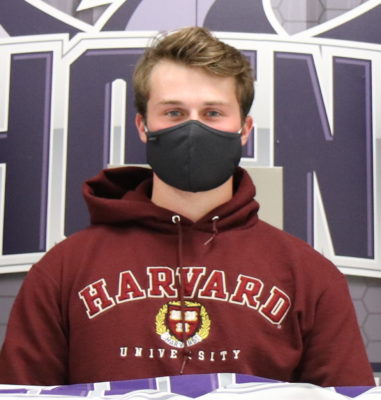 “All through high school, that has been one of my goals,” Picard said.

He had other Triple Crown role models besides MacRae. When Picard was in Grade 9, his coach at the St. Catharines Rowing Club, Meredith Petrychanko, guided Ethan McAlpine to the Triple Crown. She also coached MacRae.

Unfortunately, the COVID-19 pandemic put an end to Picard’s Triple Crown aspirations and a chance at rowing at English Henley with a St. Catharines Rowing Club under-19 eight.

“Henley got cancelled just before they announced that Canadian racing was cancelled so I sort of knew that it was coming,” he said. “Once the Stotesbury Cup got cancelled, I knew there would be no Triple Crown option. It was pretty devastating because you work so hard for it for four years and it all gets taken away.”

Picard felt that winning the Triple Crown would help him get recruited for rowing by Harvard.

“My ability to get seen was taken away and it was definitely a hard time because you are wondering what you are going to do next.”

Picard spoke to a number of schools besides Harvard but it was clearly his first choice right from when he started rowing in Grade 9. Harvard doesn’t offer academic or athletic scholarships but there is financial aid offered.

“You do get recruited for rowing but you have to get into the school all on your own,” he said.

A week before Christmas, Picard received an email informing him he had been accepted into the prestigious university.

“It was shocking and I think it is still sinking in a little bit,” said Picard, who won two Henley golds as a member of a St. Catharines Rowing Club under-17 eight and another in the under-19 eight. “With all the races that were taken away, I was thinking it was something that wouldn’t happen. To find out that all the hard work that you put in had paid off, it was a pretty cool moment. I am not going to lie, I cried a little bit.”

A few of this tears were shed in honour of his mom, Dolly Picard, a former Lakeport rower who encouraged him to take up rowing in Grade 9 and sacrificed to make sure he could continue in the sport.

“My mom is a single mom of three kids and she has been that for a very long time. She did a lot of things by herself, she had multiple jobs and helped me out because rowing is not a super-cheap sport,” he said. “I worked full-time every summer but she worked very hard during the year to give me the opportunity to be able to row before school and train after school. She helped me a lot to focus on school and rowing and I wouldn’t have been able to do this without her.”

He also credits all his coaches and the staff at St. Francis for making his dreams come true.

“Everyone has done so much to help me,” he said.

“She also worked very hard to help me with rowing.”

“It has been a privilege to have had David on the St. Francis high school team and I know he will have continued success at Harvard,” she said.

Harold describes Picard as an all-around athlete, who has passion, commitment and team spirit.

“David is always optimistic and driven to succeed. I could see from Day 1 that he would be successful at rowing.”

Picard, who had a had a 95 average in Grade 12 at St. Francis, plans to study neuroscience at Harvard with the goal of becoming a doctor.

He has lofty on-water goals.

“I want to be the best freshman I can be and help the team out as much and I can. The goal is to get in the best boat that I can in my first year.”

Picard is hoping the COVID-19 pandemic will be under control by the summer and that he can enjoy a successful spring and summer of rowing before heading to Harvard in August.

“I realize that the hard work has just begun,” he said. “Everyone works really hard just to get in and now you have to be the best out of everyone who was the best.”

His training now includes a lot of hours on ergs and exercise bikes and in the weight room.

“It’s getting that aerobics base so when you get to the sprinting season, you have the fitness to be able to do those shorter burst workouts.”