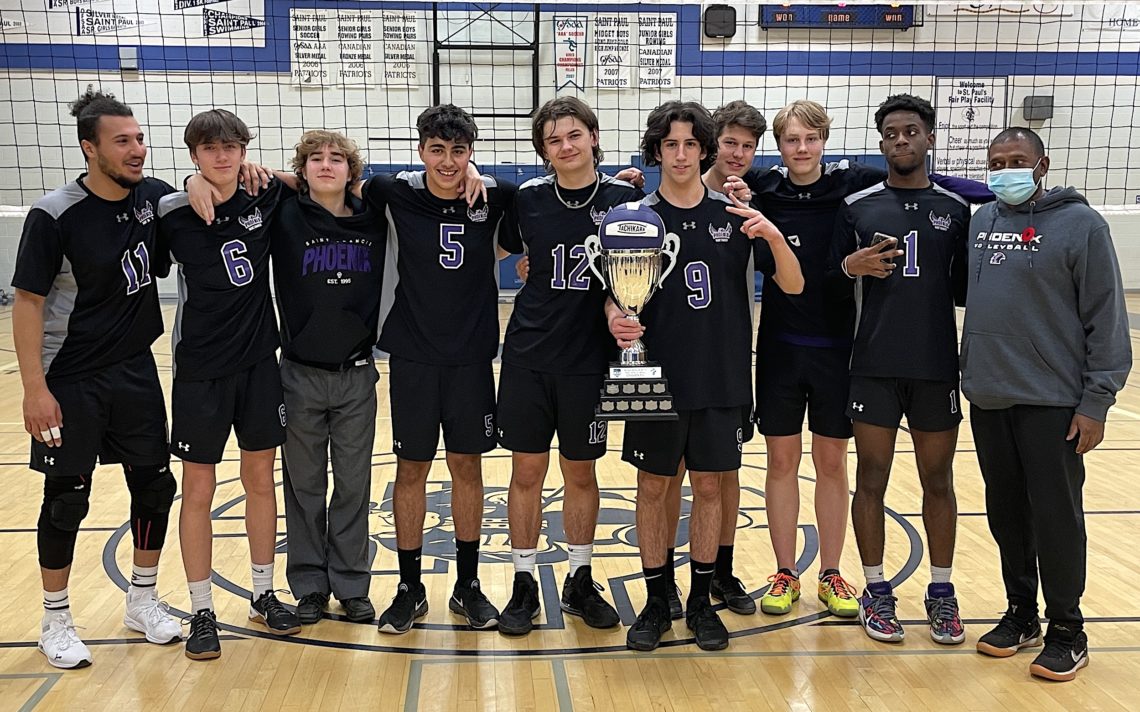 “That one game in particular against Notre Dame was a 3-0 sweep and we just played terrible,” Saint Francis setter Eric Venneri said. “We were questioning if we had what it took to even keep going with the season because no one was showing up for practice and stuff.”

Venneri believes it was the team’s coaching that turned the season around.

“We brought in Mr. (Frank) Napoli, whose son used to go here, and he helped us out a lot. Our coach Mr. (Rich) Alderson asked if we were committed and he did a lot to get us going.”

Alderson, who is the long-time head coach of the powerful Saint Francis junior boys basketball program, agrees the Notre Dame match and bringing Napoli on board were turning points on the way to the Phoenix’s second straight NCAA AA title.

“I told the guys that we were good enough and there was no way we should be losing like that,” he said. “There was a little bit of frustration at that point where you say, ‘What are we actually doing here?’ We had a good little heart to heart and the boys came back for the next few practices and were committed. They worked their butts off.”

Napoli was a big help.

“I am not a volleyball guru or anything like that but I know the sport a little bit,” Alderson said. “He’s a referee within the association, he is part of our board and I asked him if he could give us some assistance.”

The additional help came at a crucial time.

“We had a lot of guys who were playing other sports and for our school volleyball is kind of a secondary sport,” Alderson. “It is tough on a program when that is the case and we were struggling at the beginning. Once we figured out who were going to be our committed guys, that’s when we started to get over the hump.”

The Phoenix finished fifth in league play with a 3-4 record. Double AA schools Saint Paul and Lakeshore Catholic finished ahead of the Phoenix with 5-2 records and both defeated Saint Francis in the regular season.

“We were still in third among the double A teams at the end of the season and we knew we were going to be in the playoffs,” Venneri said. “We got the job done from there.”

“It was great. We worked hard to turn our season around,” the Grade 12 student said. “We had a slow start to the year and we had to do a lot of game planning for Lakeshore Catholic and Saint Paul.”

Hard work was the key to the team’s turnaround.

“We played these teams earlier in the season and we knew what they were going to do against us,” Alderson said. “We game planned and the guys that played the primary roles — those were the guys who came to practice — made our game plan work.”

“He’s our setter and he has been our leader from the beginning of the season,” he said. He was a carry over from our previous team and because of his leadership, he is our floor general. He was instrumental in getting kids motivated and in the right spots. I couldn’t have asked any more of him.”

Venneri was thrilled to be hoisting a NCAA trophy again.

“We won it two seasons ago too but it is even better when you are in Grade 12 and you get more playing time.”

The Phoenix will play the Thorold Golden Eagles in the Southern Ontario Secondary Schools Association semifinals Thursday at 10:30 a.m. at E.L. Crossley.