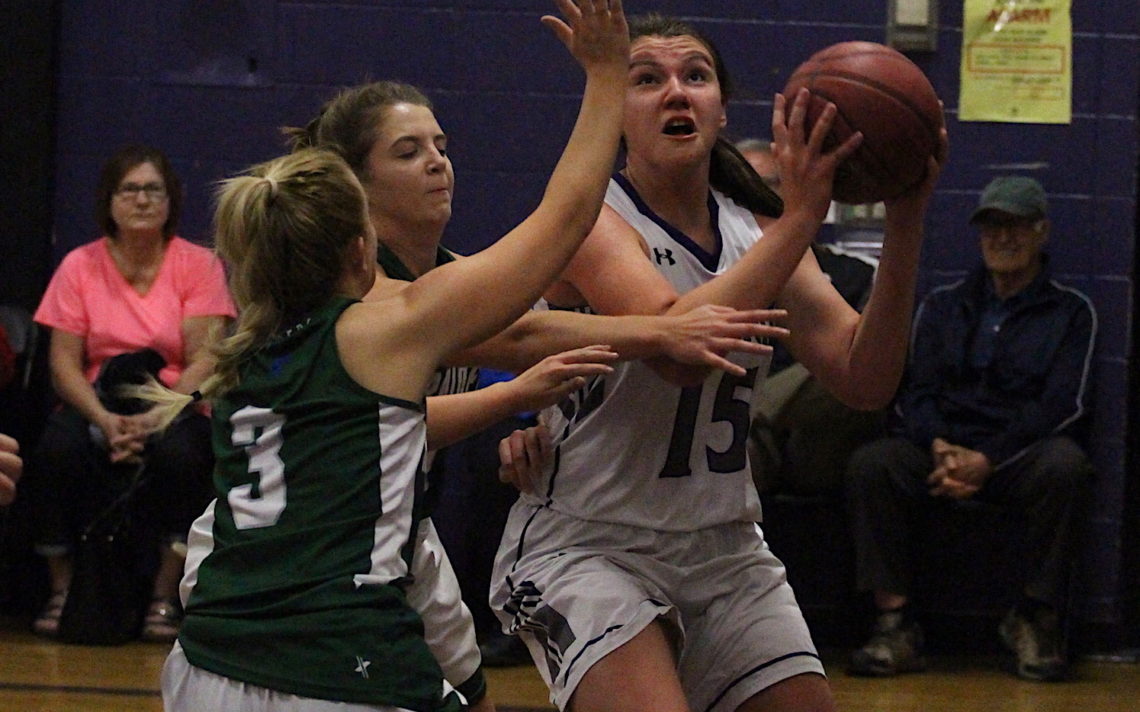 Phoenix player glad to be back

St. Francis basketball player Viktoria Cubelic is glad to be back on court after missing last season with a knee injury. Photo by BERNIE PUCHALSKI

Grade 10 basketball was anything but a pleasure for Viktoria Cubelic.

The Grade 11 student at St. Francis started having knee issues while taking summer gym prior to Grade 9 and it caused her to miss all of her Grade 10 season.

“I dislocated my kneecap and it kept reoccurring so my doctor suggested I get knee surgery to fix it,” the 16-year-old said. “I had that done at the very end of Grade 9 and didn’t get back until April of the next year.” 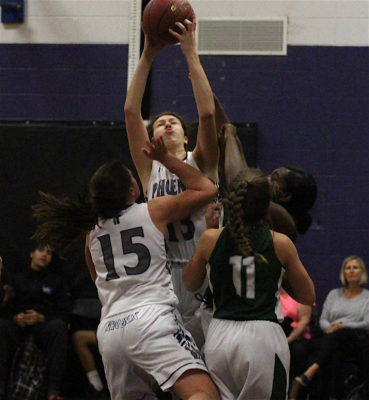 Not playing was exceedingly tough.

“It was absolutely brutal sitting out,” Cubelic said. “I attended all the games, I attended some of the practices and I stayed involved with the team.

“I knew I would be back this year so that was good motivation to have.”

As evidenced by her 12 points Tuesday in a 47-16 victory over the visiting Holy Cross Raiders in Niagara Catholic Athletic Association play, she is no longer thinking about her knee.

“It took me a while because I thought something was going to happen again, but once you are playing, you kind of forget about it,” she said.

The 5-foot-11 forward has been the Phoenix’s leading scorer for most of its games this season. 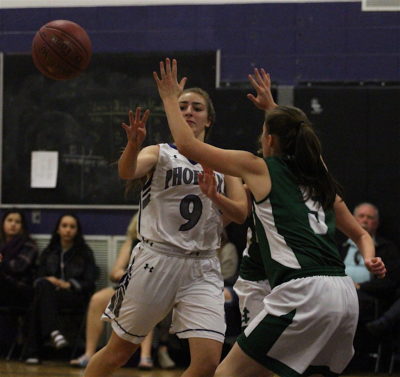 “She’s outstanding,” Phoenix head coach Jon Marcheterre said. “Being this is my first year here, I didn’t know what I would be getting. I had heard that she was a good player but she’s an incredible player.”

He has been impressed with her skill level.

“Her fundamental skills are a lot more polished that a lot of girls on our team and a lot of the girls we see in our area,” Marcheterre said. “She has excellent athleticism and good natural instincts.”

Cubelic has the ability to play inside and outside.

“We try to play matchups with her,” Marcheterre said. “Depending on who is guarding her, she will be outside because she can beat defenders on the perimeter.”

Cubelic does a good job of utilizing her teammates but her coach would love her to be a bit more selfish with the ball. 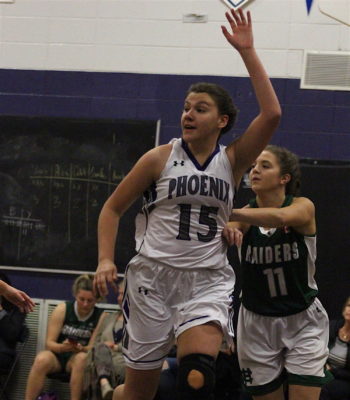 Along with fellow big Erin Giroux, the Phoenix have a formidable one-two punch at the forward position.

“At times, Erin can get overlooked because she is such a quiet girl, but she plays a workwomanlike game where she grinds out rebounds and she has some nice post moves inside,” Marcheterre said. “Against most teams, we have a size advantage and we try to exploit that.”

Prior to Cubelic’s injury, she was playing for Dave Picton’s Niagara Girls Basketball Academy out of Welland. It was there that she honed many of her skills.

“Before I went to Welland, I wasn’t very comfortable handling the ball and I had trouble with my outside game,” she said. “Coach Picton really helped me develop my handle.”

This year, Cubelic will be suiting up with the Niagara JUEL (junior elite) team under head coach Frank Keltos.

“I hope I can be a leader on the team and my coach seems to have a lot of basketball knowledge,” Cubelic said. “I think the team is going to go far this year.”

She is eagerly anticipating a chance to play against Notre Dame Monday and do battle with her former Welland teammates.

Holy Cross hung tough with Saint Francis early before the Phoenix went on a 19-0 run in the first and second quarters while the Raiders didn’t score for more than 10 minutes. St. Francis led 28-7 at the half and went into the final quarter with a 34-9 lead.

“For whatever reason, we just didn’t play good fundamental basketball,” Holy Cross coach Erin Gauthier said. “We didn’t do the simple things, we didn’t box out and we gave them too many chances to score.”

“We got flustered from what was happening on defence and then we struggled to score,” Gauthier said.

The Raiders coach did find a few things to like about her team’s play Tuesday.

“I like how they were moving the ball on offence and we were busting the press quite easily,” Gauthier said.