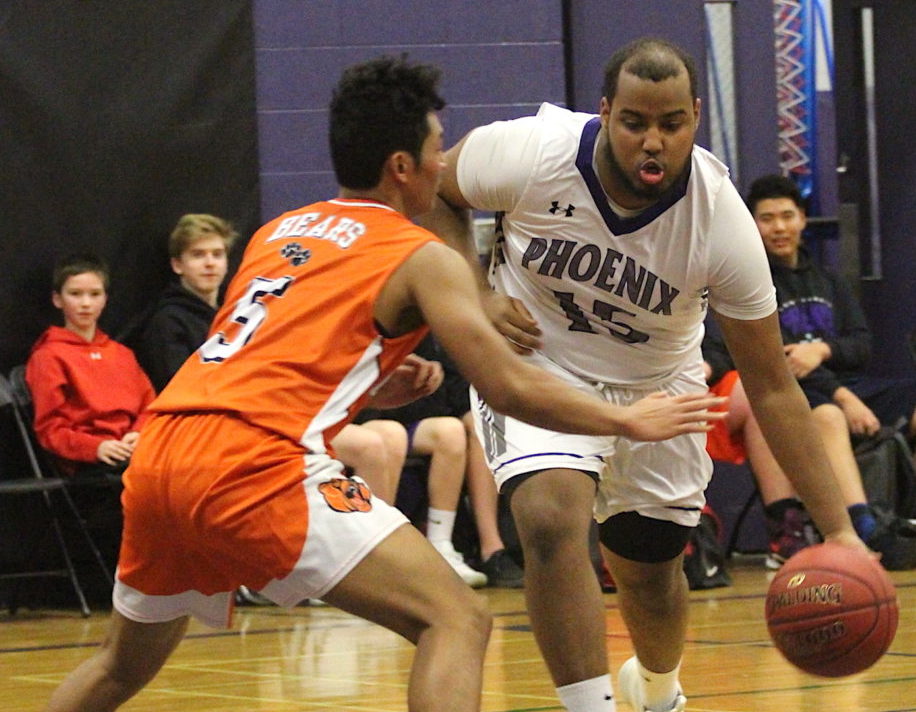 Phoenix off to OFSAA

The St. Francis Phoenix won a pair of games on their home court Monday to advance OFSAA next week. Photo by: Bernie Puchalski.

The road to the all-Ontario championship for the St. Francis Phoenix went through the Centennial Cougars.

The Phoenix defeated the Glendale Bears 79-40 in the Southern Ontario Secondary Schools Association AA basketball championship final Monday at St.Francis, but it was the semifinal game earlier in the day versus the Cougars that was the real test.

The Phoenix held off a late charge from the Cougars to emerge with a 66-55 victory and a birth in the finals versus Glendale. The Bears edged McKinnon Park 63-60 in their semifinal.

“Centennial is good. It was a test but we had a few more answers than them today, and they struggled with our press,” St. Francis coach Jono Marcheterre said. “They had a great season and nothing to hang their heads about. Phil (Mosley) does a great job.”

Marcheterre had no worries about a letdown in the final after such an intense, emotional game earlier in the day.

“It sounds cliche, but it’s one game at a time and try and focus on the task as hand,” he said. “We understand the road really has several steps. We put that game behind us this morning and focused on the next game and a lot of the same elements of the game plan.

“I didn’t see a particular letdown or guys just mailing it in. We came out pretty strong and determined.”

Marcheterre said the win over the Cougars brought out the best in the Phoenix.

“It was intense and it required a lot of focus from the guys,” he said. “That game was a lot of fun. It was similar to The Standard final in intensity and excitement and it was nice to have it in our gym.”

Reece Radobenko led all scores with 24 for the Cougars while Kennan Larmand chipped in with 18.

In the final, the Phoenix raced out to a 30-13 lead after one quarter on the strength of 12 field goals in 18 attempts.

“We always want to stay strong on defence and it was our last home game so we wanted to have a big last game and we played really well and got the win,” said St. Francis guard James Hughes, who poured in a game-high 25 points for the Phoenix.

“It got my rhythm going and got our team a decent lead and we took off from there,” he said.

“I knew our guys had it. We were playing good defence and we had a good game plan.”

Marcheterre, too, felt the early lead was a key.

“We really felt that was the best plan of attack,” he said. “We knew if we could get up early and get up in a hurry that they would feel a little bit overwhelmed by that pressure and then we could just focus on getting through the remaining minutes.”

The Phoenix aren’t sure where they will be ranked at OFSAA after losing in the quarter-finals last season, but expect to be in the top five.

“We’re very, very excited,” Marcheterre said. “The guys have been working so hard for so long to get here, I couldn’t be happier or prouder.

“It’s such a nice honour and we appreciate and respect it.”

Hughes has high hopes at OFSAA.

“We’re definitely not going there to lose. It doesn’t matter what we’re ranked, we’re going to go their and play our hardest and hopefully win it,” he said. 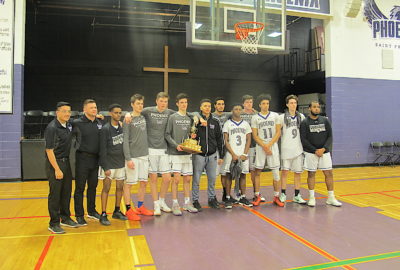