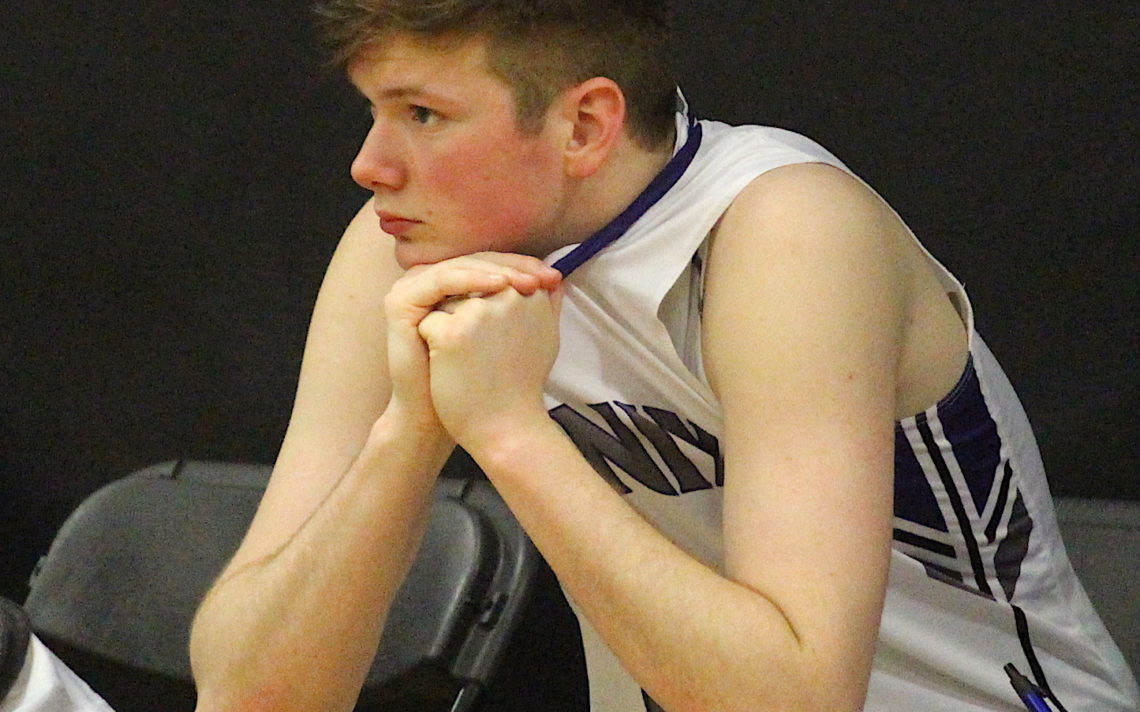 Sam Braithwaite represents both the present and the future of the St. Francis Phoenix.

The 16-year-old, Grade 11 student is one of the younger players on the talented squad, but is still a vital piece of the puzzle.

The Phoenix now take on St. Paul Tuesday for the NCAA championship and right to square off versus the zone 4 winner of Eden and Thorold to advance to the Southern Ontario Secondary School Association (SOSSA) playdowns. The Phoenix are hosting SOSSA next week and will receive an automatic bye.

Braithwaite, who also played senior last year as a Grade 10, is pleased with his progress and contributions this season.

“My position is to really shoot the ball when I’m open and execute plays.”

Phoenix coach Jono Marcheterre loves what Braithwaite brings to the table, regardless of his age or relative inexperience.

“He’s a huge piece,” Marcheterre said. “He’s a key player for us. Tyrell (MacLennan) is Option 1 for us and Sam is Option 2 for pretty much everything we’re looking at.

“The fact he is a young guy is really nice. Sam is going to be a big piece going forward. The experience he got playing with us last year and getting a lot of minutes has been key.”

Marcheterre appreciates Braithwaite’s willing to work on his game.

“He works hard and he’s quiet — we’d like to get him talking a little more — but he’s working on that and he’s also working hard on becoming a better defensive player, which is nice.” 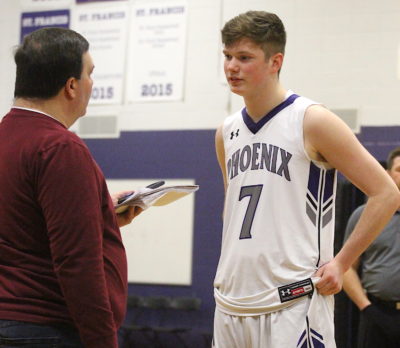 Braithwaite, who plays travel for the St. Catharines Rebels, got off to a rough start missing his first few shots, but quickly found the range and finished with four three-point shots in limited duty as the Phoenix emptied their bench in an attempt to spread around the minutes.

“People always tell me if you stop shooting when it doesn’t go in, then for sure you’re not going to make any,” he said. “You just have to keep shooting and eventually they’re going to fall.”

The Phoenix got off to a bit of a rough start offensively before settling in and finding their groove.

“We get a lot of what we do out of shooting threes,” Marcheterre said. “I tell them all the time that shooters have to shoot and good shooters have to believe the next shot is going to go in.

“Early on we just couldn’t get anything to drop, even inside. It was a matter of being persistent. We were getting good looks but it looked like we were the visitors. We were struggling with the range. We were off today. I’m not sure why.”

The Phoenix aren’t taking the Patriots for granted.

“We’ve played Saint Paul and are very familiar with what they are going to bring at us,” Marcheterre said. “They have some real talented players but we’re going to focus on what we do best.”

Up next: The Phoenix take on the Saint Paul Patriots Tuesday for the NCAA title and right to square off versus the zone 4 champion for the right to go to SOSSA.