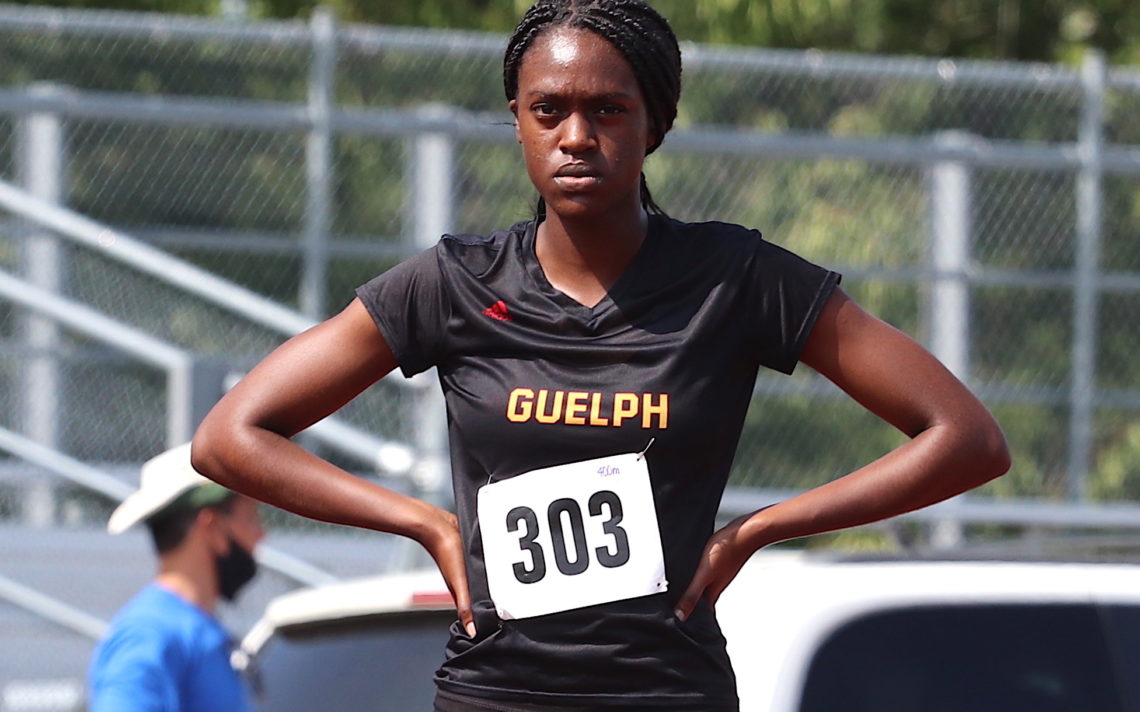 Zoe Phillips could be excused for feeling a little light-headed Saturday after finishing her 400-metre race at a track meet at the Niagara Olympic Club.

The 18-year-old Virgil native was competing in warm conditions and it was also her first 400-metre race since placing third at the under-20 nationals last July in Montreal.

Phillips won the under-20 division and had the fastest women’s 400-metre time Saturday in what was a bit of a homecoming. 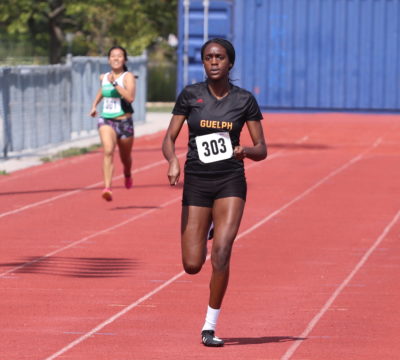 “It brings back a lot of old memories because I was at Eden and this was obviously our home track,” she said. “All of our meets were here and it does bring back a lot of memories about high school.”

Her last race at the Niagara Olympic Club was in May 2019 when she won the senior girls 400-metre race at the Ontario Federation of School Athletic Associations South Regional in May 2019. She would end up fifth at OFSAA that year after winning an OFSAA silver medal in 2018 in the junior girls 400 metres.

After graduation from Eden, Phillips joined the track team at the University of Guelph. Her rookie season was a chance to get her feet wet at the Ontario University Athletics level.

“It was a learning experience for me and I learned quite a lot,” she said. “Those experiences have definitely helped me as I have been training. Now coming back, I know there are certain things I have to adjust and overall I feel that I have improved mentally and physically.”

Her mental improvements have been the most dramatic.

The key for Phillips is not to strive to be like other people.

“We need to focus on what we need to do and focus on ourselves,” she said. “When we do that, we limit distractions and we aren’t moved by what is going on around us.”

Physically, she feels she has improved her speed and is stronger, but again that is tied to mental improvements. 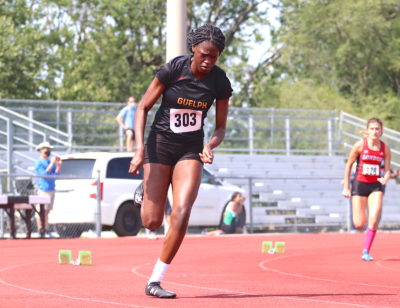 “Someone can be physically fit but if their mental state isn’t where it is supposed to be, they won’t be able to demonstrate that speed or strength they gained.”

When the COVID-19 pandemic hit in March, the sociology student came home and finished her academic year on-line.

Her second year of academics has continued on-line but she is back in Guelph training.

“We are taking some precautions and right now our plan is to train three times a week,” Phillips said. “We are going to be doing that for about six weeks, see how things go and hopefully go back to our normal training habits.”

She is hoping to qualify for the under-20 world championships that were postponed until next year because of COVID.

“With that being pushed back until next year, I have a lot more time to improve and work on certain areas,” Phillips said. “I feel that I have a better shot now.”

Saturday’s NOC mini meet was the second of three and was attended by about 200 athletes. The third will be held Sept. 26.