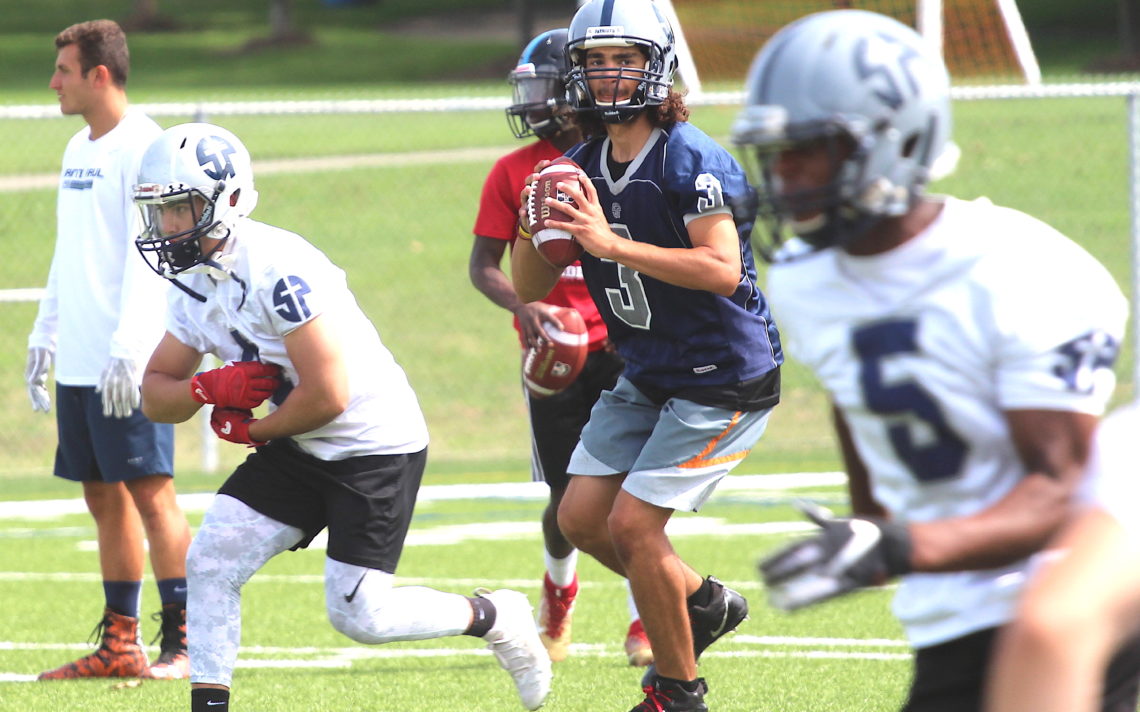 Patriots taking title defence one snap at a time

For the first time in almost a decade, the Saint Paul Patriots senior football team is the hunted as opposed to the hunter.

Saint Paul is coming off a storybook campaign where it turned its fortunes around mid-season and rolled all the way to Niagara and Southern Ontario Secondary Schools Association championships and a berth in an Ontario Federation of School Athletic Associations bowl game.

“It does have a different feel,” Patriots head coach Rick Oreskovich said. “Our expectations are to win every football game and we don’t worry about what is going to happen at the end of the year.’ 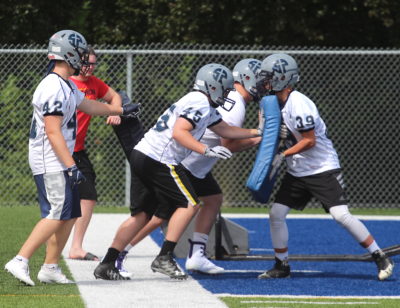 “Our goals are from play to play, to execute and to do what you are taught to do at 100 per cent and what comes from that, we hope will be success,” Oreskovich said.

The Patriots know every team will be bringing its A game to knock off the defending champions.

“We are the defending champions but this league is very competitive and it could have turned for us for the worst last year,” he said. “We were fortunate enough to make some plays when we had to and we got the results we could be happy about.”

To repeat as champions, the Patriots have to make sure they are prepared and that they play full out every play, Oreskovich said.

“Our talent level here is really no better than anyone else’s and we are going to have to play it play by play.”

Winning breeds more success in most high school programs, but Oreskovich is waiting to see if that will be a reality at Saint Paul.

“We don’t know what we are going to get come September and some of our better players might not show up and we might not have the guys we thought we would have come back,” he said. “We won’t be able to tell until sometime in September.”

One player Oreskovich knows he will have back is quarterback Devon Schiller-Cleveland. The 16-year took over early last season and showed poise beyond his years.

“Devon is a competitor, he’s very athletic, he’s a smart player who has a nice arm, he has great legs and he has played a lot of football over his lifetime,” he said. “If he stays healthy, he could be one of our better players.” 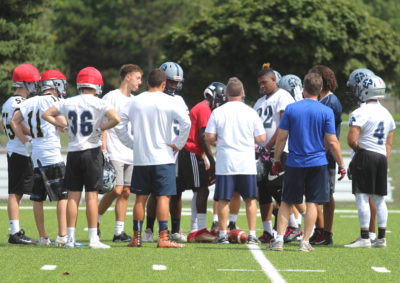 Saint Paul will host Lorne Park in exhibition play next Friday night and Schiller-Cleveland is looking forward to playing football rather than thinking about defending a title.

“I feel like we are all just kind of getting ready to play the season because last season when we went into the DM game, we went in a little too overconfident and we lost,” he said. “Nobody wants to have that feeling again and we are taking this season one game at a time.”

That being said, other teams are circling their games against Saint Paul on the calendar.

“I have a lot of friends all through the other high schools and they are already telling me that they are waiting for us,” Schiller-Cleveland said. “We know we are going to be playing everybody at their best and we are ready to put in the work.”

He is hoping to take his quarterbacking skills to the next level this season.

“I want to make better reads, spend a bit more time in the pocket to make some plays downfield instead of scrambling out,” the Grade 12 student said. “I want to be able to use my legs if I have to get out of the way and do what I can for the team.”

Schiller-Cleveland spent the summer playing for the Niagara Varsity Spears where he suited up as part of a three-quarterback rotation and in the defensive backfield. His defensive duties for the Spears should help him be a better quarterback.

“I can use the knowledge I got about defences to kind of figure out how they work,” he said. “I have already been studying and getting ready to go and we are going to be able to put the plays up against the defences I know and hopefully find some weak spots.”

The Patriots opened their training camp this past Monday and Schiller-Cleveland looked sharp.

“I have been throwing the ball all summer getting ready to for high school because we have to make it back to OFSAA,” the 6-foot-2, 180-pounder said.

Schiller-Cleveland has already had some interest from Ontario university scouts and he would love to play at the post-secondary level.