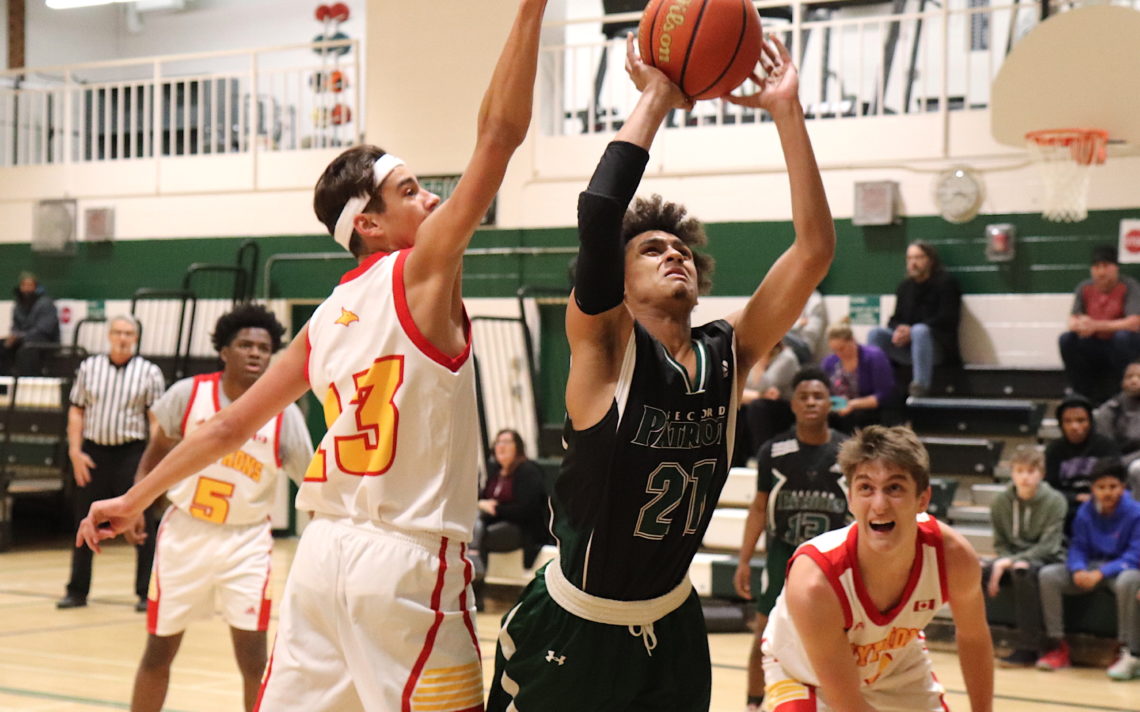 Senior boys basketball teams that take the Laura Secord Patriots lightly, do so at their own peril.

“I know that traditionally Secord hasn’t been a powerhouse, but I knew that they were better this year,” GFESS coach Dave Adamek said, after his team emerged with a hard-fought 66-54 victory. “I told my guys before the game not to sleep on these guys because they have gotten some really good wins this year.

“If we didn’t bring our A game, I knew we weren’t going to be happy with the result.”

“That was a very good game,” he said. “Those guys played tough defence, they run and it was an exciting game. It was fun to watch.”

Tim Jabs is in his first full year as head coach of the Patriots but he began coaching a lot of this year’s team when they were in Grade 9.

“We have been working a while with these guys and things are just starting to turn around,” he said.

The Patriots play with unrelenting energy and enthusiasm.

“They will go down swinging no matter who we play against and they will not give up,” Jabs said. “They have a lot of energy, they want to play and that is kind of our philosophy here.

“They need to go hard all the time or they can have a seat on the bench and the next guy will come in for you.”

Jabs hasn’t been surprised by his team’s success this season.

“That is what I wanted and I am happy it has happened because every single game you play in senior basketball I really believe that any team can beat the other team,” he said. “I wanted to beat some schools that had had good programs and I am glad that it happened. We will see what happens come playoffs, but we are in the mix. That’s for sure.”

One of the players helping the Patriots be in the mix is Grade 12 forward Colby Capra.

“He is a guy that I tried to get to play two years ago Grade 10 but he had never played basketball before,” Jabs said. “He was originally a hockey player and he played last year and really didn’t get that many minutes. This year he is a starter and I barely take him off the floor.”

Jabs likes everything about Capra.

“He is a leader, we talk all the time about basketball and he is probably one of the smartest players we have,” he said. “He can cut to the net, he can shoot, he can dribble and he is like a combo guard/forward.”

The 17-year-old would play basketball in the gym during breaks but never took the sport seriously.

“In Grade 11, I didn’t get a lot of minutes but I just played so I could see what it was like.”

He credits hard work for transforming him into a starter from a seldom-used bench player.

“When I played hockey, my dad said to play my best and the coach would probably like you,” he said. “I just put my heart into it and I go for it.”

He points to Jabs and his staff for the Patriots’ surprising success this season.

“Our coaches push us and our whole team likes to be pushed,” the six footer said. “We like being intense and into the game and we love to compete.

“And when we play big teams and people don’t expect us to win, we want to try and prove a point. It doesn’t matter who it is. You can always win.”

Capra is hoping the Patriots can continue to build their basketball culture.

“We need more guys wanting to do it,” he said.

“And all the kids are in the gym playing during breaks,” he said.

Greater Fort Erie improved to 6-2 in league play with the victory.

“We didn’t shoot as well as we would have liked but it was a good game for the most part,” Adamek said. “We have some things we need to work on tomorrow, specifically full court man-to-man pressure defence because these guys exposed us a little bit with that.”