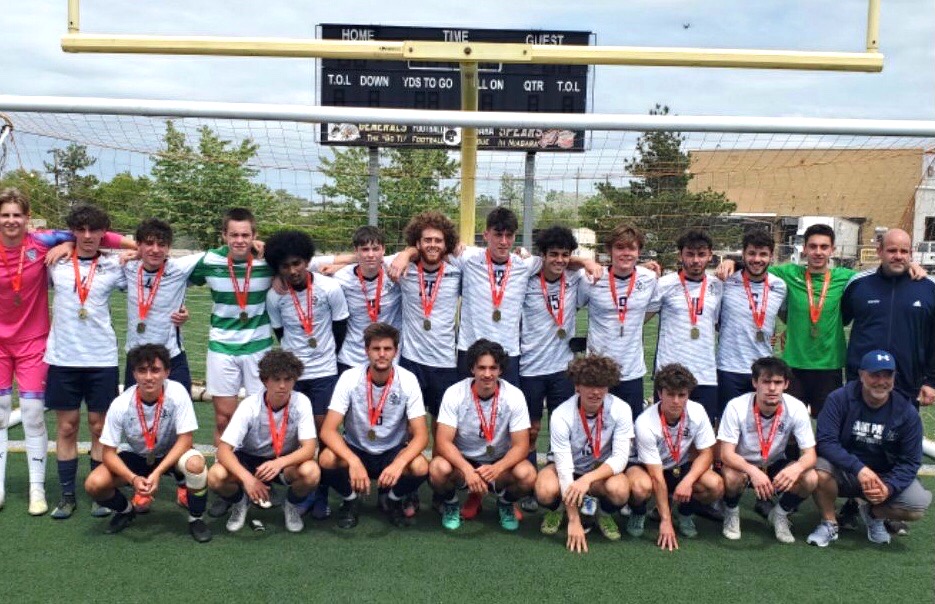 It has been a dream season for the Saint Paul Patriots.

The Patriots improved to 11-0 and qualified for OFSSA with a pair of wins Thursday at the Southern Ontario Secondary Schools Association boys AA soccer playoffs.

The Patriots defeated the Governor Simcoe Redcoats 6-1 in the semifinals before blanking the Centennial Cougars 3-0 in the final which punched their ticket to the Ontario Federation of School Athletic Associations championships next week in Walkerton.

“It’s a great group of boys,” Pats coach Aldo Seca said. “They all jelled together. Yes, we are blessed with some good talent, but the kids all play together and support together.

The Patriots have excelled on both sides of the ball, outscoring the opposition 40-3.

“It’s been a combination of a good defensive formation and scoring a lot of goals,” Seca said.

Seca wasn’t quite sure what he had in store after the COVID pandemic wiped out two seasons of soccer at the high school level.

“Going into the season you’re starting fresh because the Grade 11s and 12s have graduated and you don’t know what’s coming your way,” he said. “Being actively involved in the soccer community, I had an idea what kids were coming but it was kind of like having a fresh start.”

Seca said the Patriots have high aspirations at OFSAA.

“We’re happy to be there, but at the same time we’re going there with one mission and that’s to win gold,” he said. “We have the ability to do it. Obviously it’s not going to be easy. The competition is great, especially when you get to the medal round. You’re dealing with the best teams in the province.

“We have one goal in mind and that was our goal at the beginning of the season.”

Vetere had two while Alessandro Elia, John Graovaz, Matteo Grousso and Dante DeBendetti added singles in the win over Simcoe.

Matthew Bogusat replied for the Redcoats.

Centennial defeated Nora Frances Henderson of Hamilton 4-0 in their semifinal on goals from Anderson Stulp (2), Aiden McIntosh (1) and Kobe Ballantyne (1). 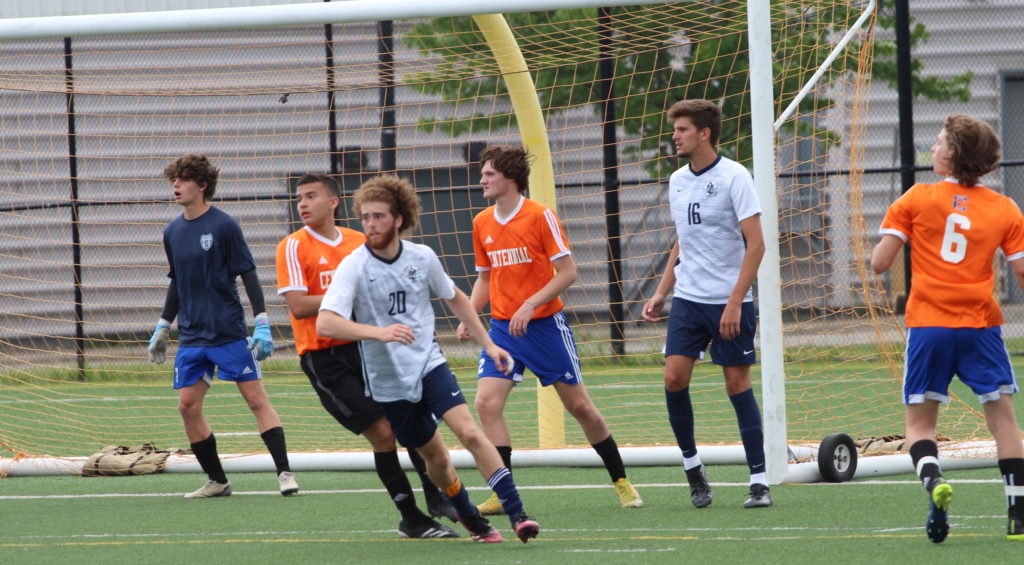 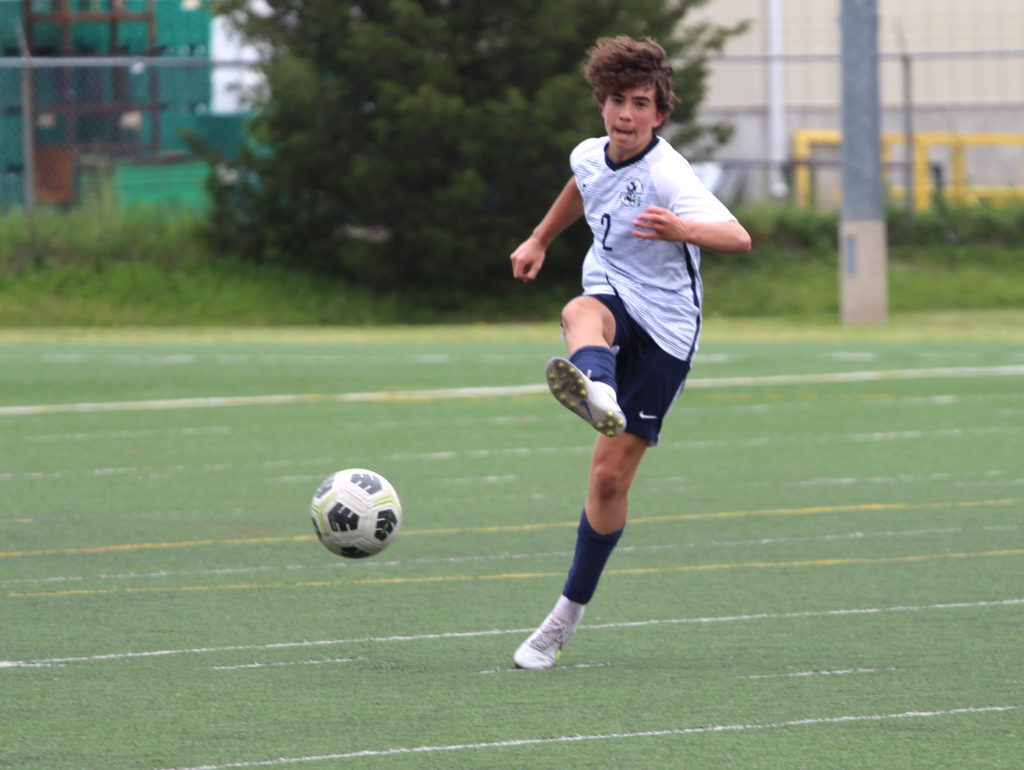 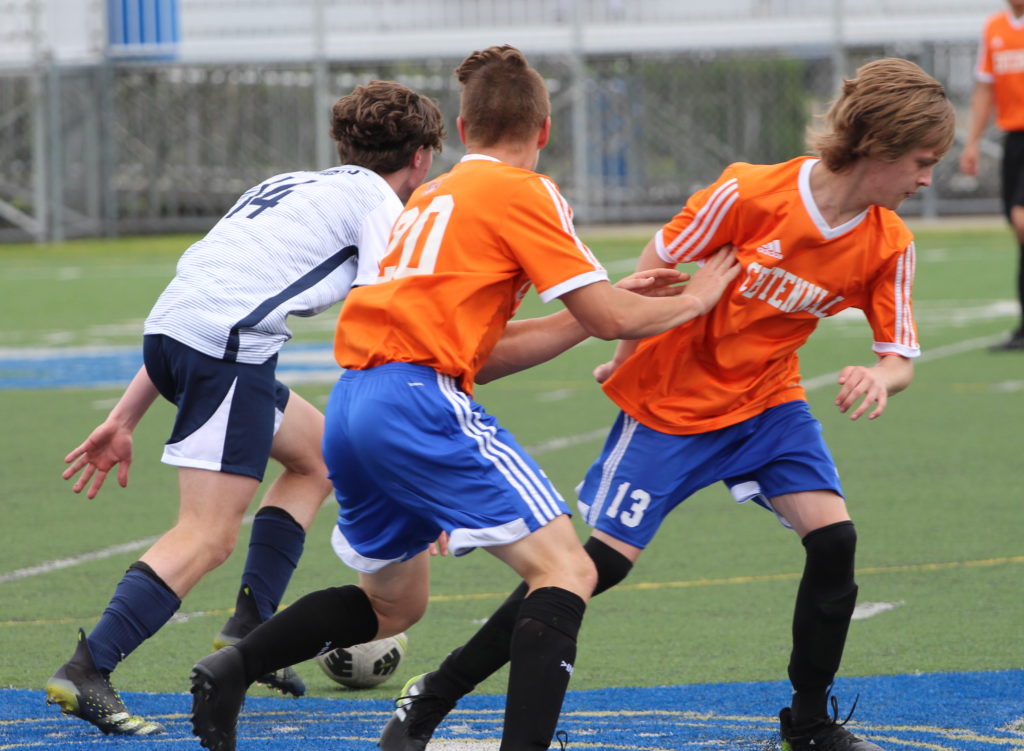 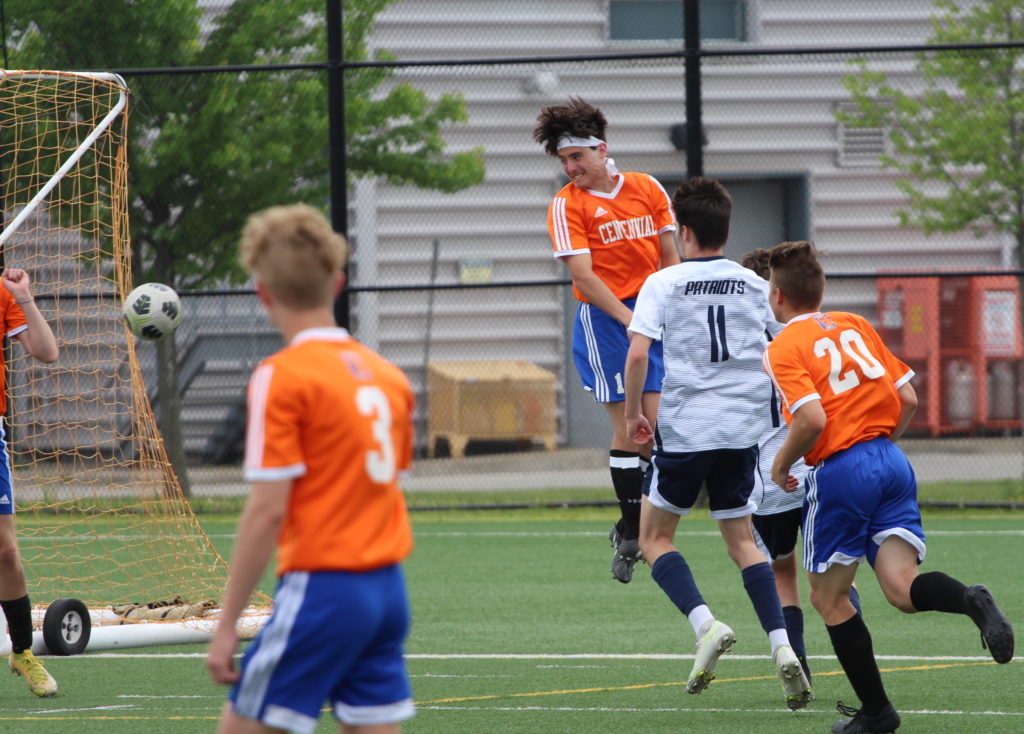