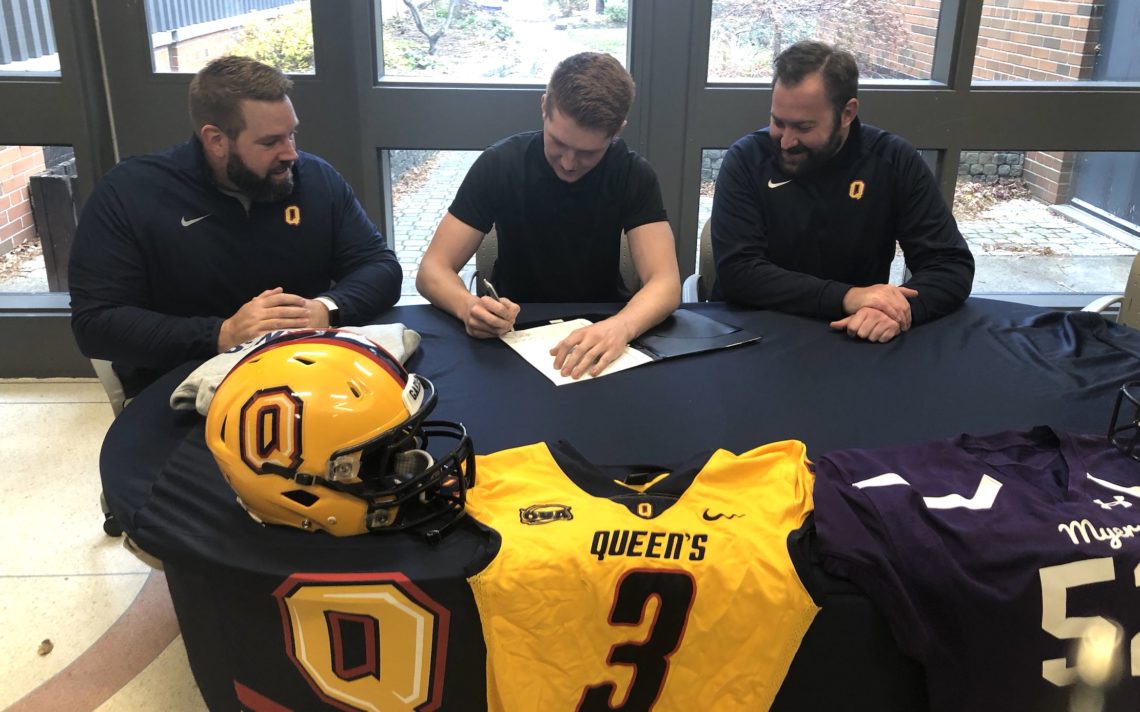 It was with very mixed emotions that A.N. Myer football coach Dave Buchanan watched Winfield Organ sign his letter of intent Thursday to play at Queen’s University next season.

“They’re like my kids,” Buchanan said of his players. “He always worked hard and never (had) a problem in school. Those are the guys you don’t want them to leave because you want them to stick around and be those guys who never miss practice.

“It’s hard to have the whole package, it’s rare, and he checks off all the boxes.”

Organ, a 6-foot-5, 195-pound receiver, signed his letter with his parents and several members of the Marauders cheering him on in support.

“It’s really amazing,” he said. “My team has been a big part of our season this year. They always come down and support everyone. We’re kind of like a big family I guess you can say.” 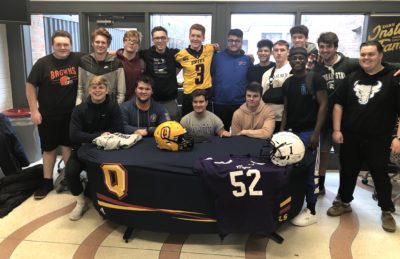 Organ will major in French Studies at Queen’s with the hopes of becoming a French teacher.

“I was talking to some other schools but academic wise — it’s like an Ivy League school in Canada — and football was something I really thought I could do there,” he said.

Organ said the opportunity to play at the Ontario University Athletics level is a dream come true.

“When I was a little kid,  I always wanted to play in university,” he said. “I think it became apparent that I could take a shot at it going into my senior year, how good I was becoming and with the support of the coaches.”

Queen’s offensive co-ordinator Tom Flaxman feels Organ checks off all the boxes of what their school looks for in a student-athlete.

“We’ve been watching him for a couple of years and we like big, tall receivers in our offence. We think Winfield fits that role being a 6-foot-5 guy,” he said. “Most importantly, he fits as a program guy. We’re looking for what we call OKGs — our kind of guys — guys who are motivated to graduate, first and foremost. They love the process of football and they’re responsible and reliable people.

“We’re excited to bring him into our culture and program.”

Flaxman feels playing for a perennial contender will also help Organ at the next level.

“Coming from a program like A.N. (Myer), you know exactly what you’re going to get,” he said. “Culturally, it’s a great program. The guys know what it takes to win. It’s a championship culture here. We like to bring those championship players into our program and Winfield is certainly that.”

Organ appears to have a chance to play right off the bat.

“We’re a very young team and we’re always trying to create as much competition as we can on our team,” Flaxman said. “We didn’t have a ton of numbers this year at the receivers spot so this is an opportunity for him to come in and compete with a pretty open roster. We want every practice to be completive and guys have to earn their position every single day.”

Organ is excited for the opportunity.

“There are no guarantees but if I play my best there is a chance I could (play),” he said.

Organ plans to hit the gym and may also play summer football with the Niagara Spears to keep himself in football shape. 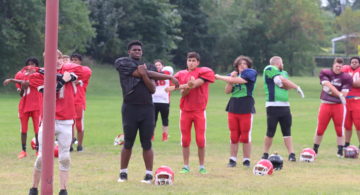 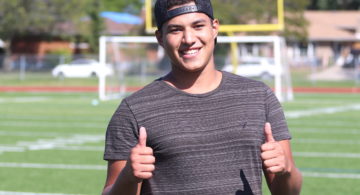