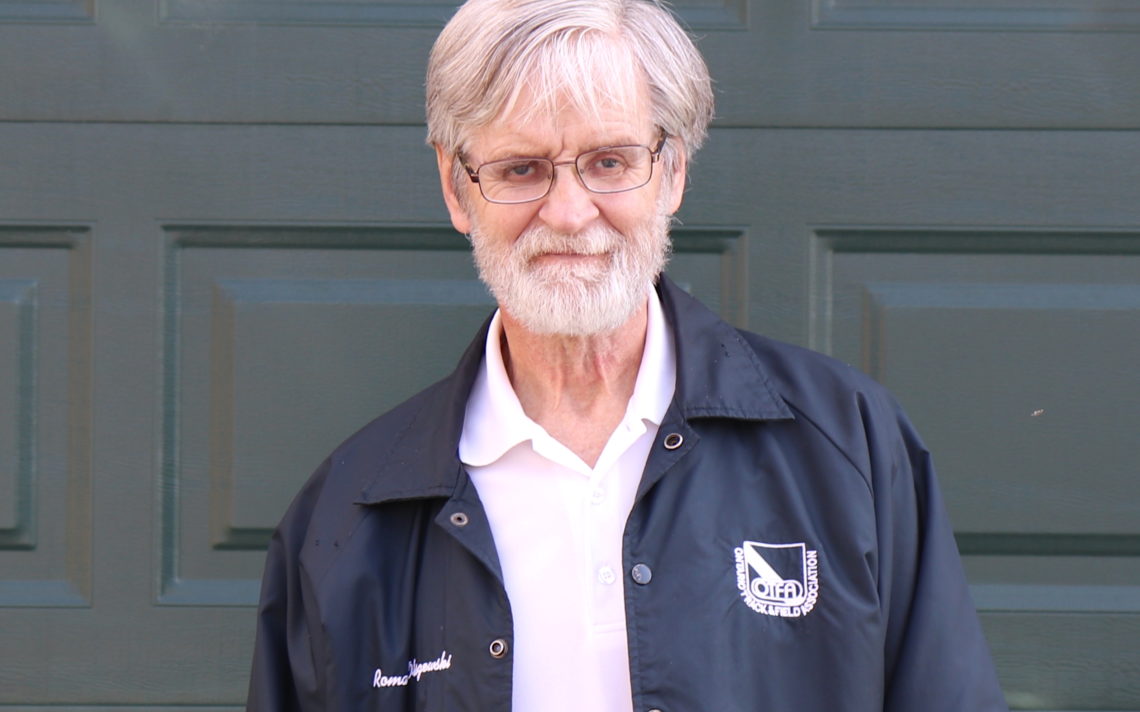 Roman Olszewski’s love of track and field dates back to watching the 1960 Rome Summer Olympics on television.

“Watching the decathletes was the first time I became interested in it,” said the 2021 inductee in the Athletics Ontario Hall of Fame. “I learned how to do most of the events and we had little track meets that we made up ourselves in high school that supplemented high school competitions.

“We had some pretty good success with mastering the techniques and enjoying our little meets and school meets at the same time.”

Olszewski would end up channeling that passion for track and field into a 35-year career with Athletics Ontario (formerly the Ontario Track and Field Association), where he served as the technical coordinator, technical director and the director of technical services for the association.

The 70-year-old Red Lake native’s hall of fame resume includes: serving as the editor for AO’s Technical Bulletin and a columnist for Athletics Magazine and writing Technical Speaking in the OTFA magazine; writing articles and compiling statistics for Athletics Magazine’s Canadian All-Time lists; acting as the provincial technical representative at the Canada Games in 1981 in Thunder Bay and 2001 in London; working as the technician official for more than 350 provincial championships; filling the role as racewalking manager at the 1983 World Cup in Bergen, Norway; and, being the technical and equipment manager for the 1993 World Indoor Championships in Toronto.

He is honoured at being named to the hall of fame.

“There has been about 120 inductees over the years. I participated in the voting for the first one and also setting up guidelines for selection,” he said. “I got so much out of the sport that I wouldn’t have been hurt if I hadn’t been nominated. There are so many people who have worked so hard for the association, many of them as total volunteers.”

Early on it was decided paid staff would be eligible for induction.

“Often, paid staff did a lot of extra work,” Olszewski said. “You have to love the sport to hang around in the cold and rain. You don’t have a choice when you are technical director but all of us took our responsibilities seriously.”

He recalls working in plenty of inclement weather.

“I remember in Sarnia we were doing the provincial championships and a storm blew in. We were in the school cafeteria and when we looked out the window we saw chairs, tents and all kinds of stuff flying by us horizontally. It knocked over our camera which wasn’t too much fun because we had to go to hand timing. We all lived through it and it is nothing compared to what people have to live through these days.”

The highlight of his career was the 1983 World Cup in Norway.

“I also had some unofficial trips to China and Japan around the same time and that was really exciting.”

He even competed in race walking events including a few 50-kilometre walks.

“I was pretty proud of that, considering I hadn’t trained all that hard,” he said. “I was sore afterwards.”

He is also proud of many of the procedures he put in place with the association.

“I had a lot of paperwork and desk work and one of the jobs I had to do was codify all our rules for conduct at provincial championships. We had guidelines for clubs and teams as a basis for bids for championships. I participated in those bid procedures.

“It was difficult because there wasn’t always agreement. Once there was agreement and the book came out, it became the bible.”

“Roman always had a wealth of technical information to share. His attention to the smallest details ensured meets were well organized and all the jumps and throws events were legitimate and athletes’ performances could be ranked for provincial and national records,” she said. “He was very generous with his time. Even after retirement he volunteers with our local meets. Roman has a library of track and field history in his memory and his great stories are always shared.”

Olszewski has lived in Welland since 1991 when he received permission from Athletics Ontario to work from his home office.

“They gave me a lot of freedom and they weren’t looking over my shoulder all the time. With those responsibilities, I developed into a sports administrator that was respected in not only Ontario but across the country.”