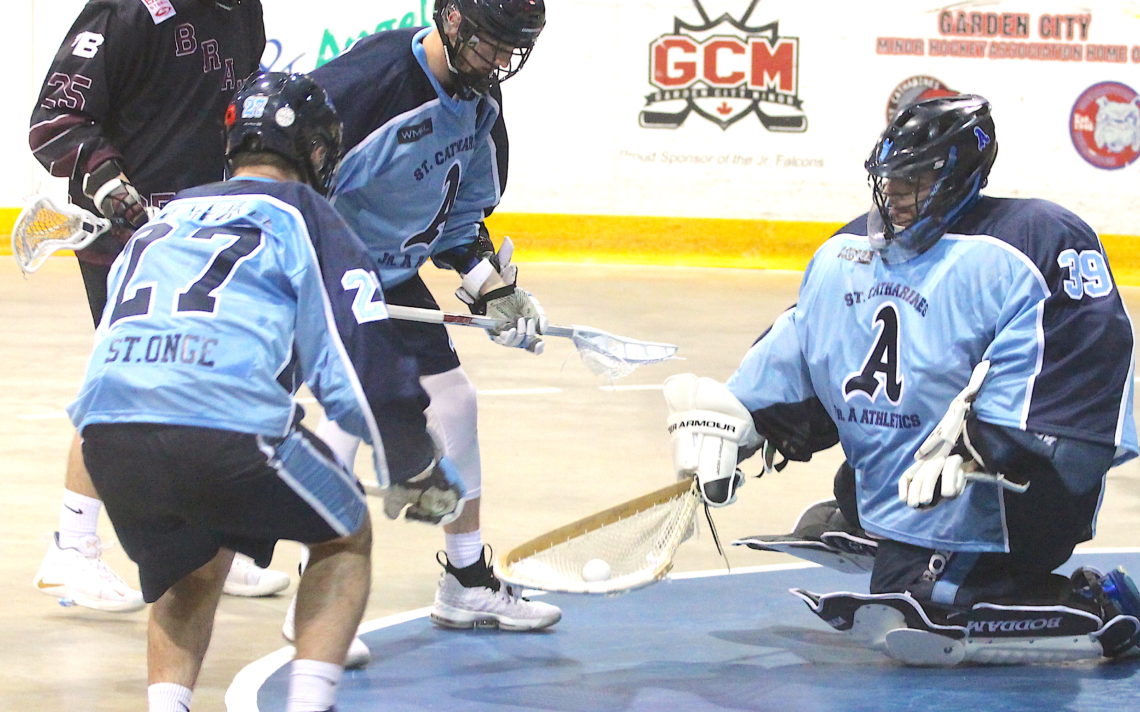 The Ontario Lacrosse Association junior A season and 2020 Minto Cup are the latest casualties of the COVID-19 pandemic.

The Canadian Lacrosse Association announced Thursday it has cancelled all 2020 national championships because of the pandemic. As well, the OLA junior A season has been cancelled.

“Obviously it’s a disappointment for sure, but it’s kind of a relief because of all the different speculations we had throughout the process,” St. Catharines Athletics general manager Jeff Chcoski said. “It’s done, we can put it away, and now we can focus for next season.”

The Athletics, who were to host the Minto Cup this summer in conjunction with the Canada Summer Games, will host the championship of Canadian junior A lacrosse in August 2021.

“The health and safety of our players and everyone in the lacrosse community are our top priorities,” CLA president Shawn Williams said. “We recognize that national championships are important to lacrosse players of all ages. The CLA will be preparing for the 2021 national championship season and we look forward to having our lacrosse family back together once again.

“The decision was made with the support of the box lacrosse and field lacrosse sectors and in consultation with the CLA’s member associations. Health and safety, travel concerns, venue closures and many other factors were taken into consideration. Return-to-play or return-to-activity is in different phases across the country, which provides unique challenges based on geography to our Canadian lacrosse community.”

The A’s spent the off-season loading up to contend for the Minto Cup and feature a roster of about a dozen 20-year-olds, including key players such as Carter Zavitz, Tom Whitty, Alex Simmons, Kealan Pilon, Owen Friesen and Mason Kamminga.

“Our next challenge now, as a league, is to get the 1999s (players born in 1999), to return for next season,” Chcoski said. “The problem with that is the OLA wants it, but that doesn’t mean the CLA wants it or BCLA (British Columbia Lacrosse League) wants it or Alberta wants it.

“It’s going to be a process. It will probably be announced in August whether the 1999s will be eligible.”

Chcoski feels the only fair thing to do is give the graduating players one more season.

Chcoski, who contacted the coaching staff and players ahead of the announcement, admitted it will be an odd summer without lacrosse.

“I don’t know if it’s officially sunk in yet,” he said. “We did a lot of legwork to put this team together back in December and January. A lot of work was already put into this season by a lot of people, so how weird is it going to be? It’s going to be weird.

“We’re lacrosse guys. We’ve been doing this since we were kids and to have a whole summer off like this is going to be weird. One of our coaches said to make sure you spend a lot of time with your family this summer because next summer is going to be wild.”

The 16U Boys and Girls Box Lacrosse National Championships were slated to be held in St. Catharines.

“Although we are disappointed that the 16U National Box Lacrosse Championships and the 2020 Minto Cup were cancelled, we fully support the decision made by the Canadian Lacrosse Association,” said Doug Hamilton, board chair of the 2021 Canada Games Host Society. “We remain excited that the Niagara 2021 Canada Summer Games will see lacrosse make its return to the Canada Games after a 36-year absence, and we also look forward to discussing the opportunity to host the Minto Cup in St. Catharines next summer.”

“In our ongoing conversations with the OJALL (Ontario Junior A Lacrosse League) governors, we are thankful they continue to value the partnership of these events, and remain committed to St. Catharines as host of the Minto Cup in 2021,” Coates added. “Therefore, as much as we are disappointed with today’s announcement, we are looking forward to working with the Niagara 2021 Host Society with respect to the planning and preparation for the 2021 Minto Cup”.

The box lacrosse competitions at the Niagara 2021 Canada Summer Games are expected to be held at Canada Games Park, a new state-of-the-art sport and recreation complex to be located next to Brock University’s main campus. Niagara 2021 will also be the first lacrosse appearance at the Canada Games since the 1985 Canada Summer Games in Saint John, N.B. 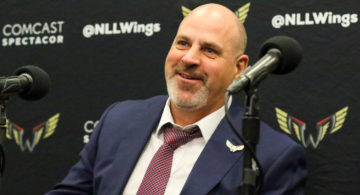 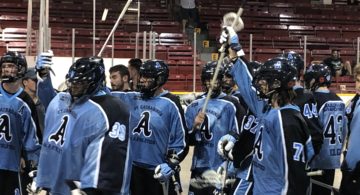 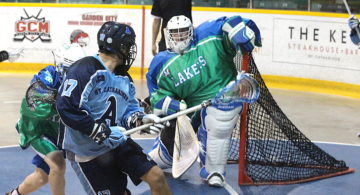