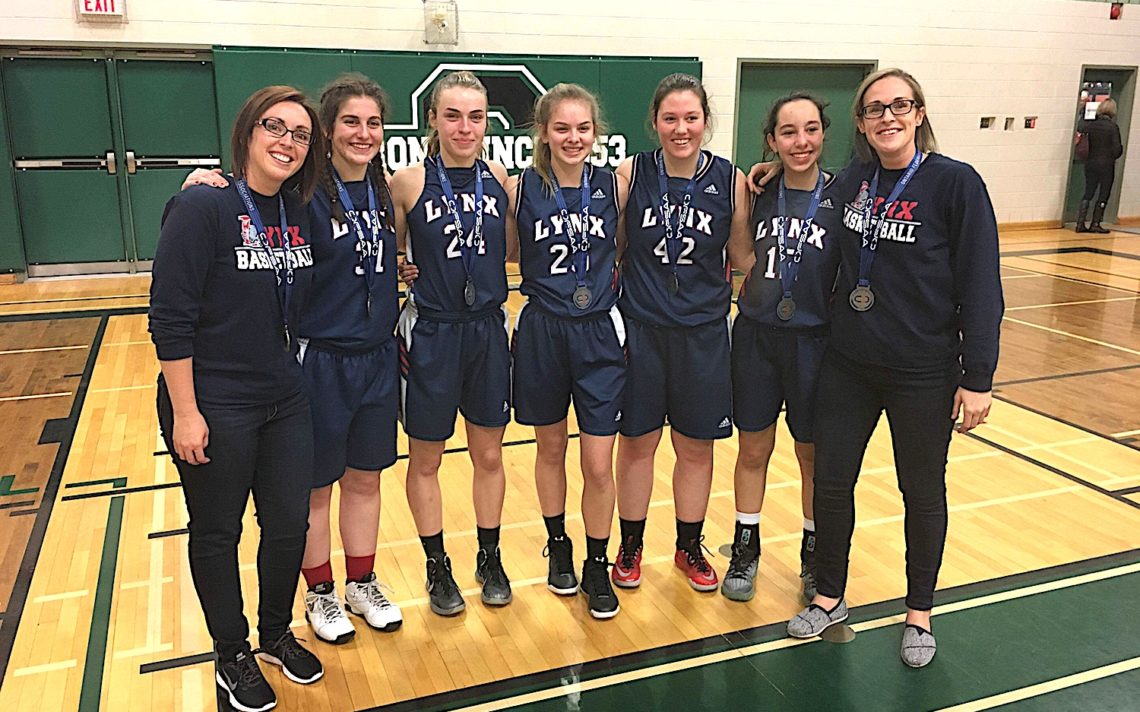 The No. 3 ranked Lynx dropped a 52-39 decision to the host O’Gorman Knights in the gold-medal game.

“We did our best against an extremely talented team and a well-coached team,” assistant coach/team manager Tricia Poulin said. “It (silver) is definitely not what we wanted. We’re not used to bringing home silver. However, if you had asked us at the beginning of the season a silver would have been amazing. On paper this team should have never even made it to the finals at OFSAA so we’re extremely proud of our accomplishments.”

“We were extremely happy with that start because the team is usually running away with it in the first quarter,” Poulin added. “It was in the second half where their No. 22 (Adrianna Gagnon) scored seven threes and we scored none and that didn’t help our case.”

Poulin said the Lynx battled to the end.

“The game ended perfectly with co-captain Matteya Wendling stealing the ball from their guard in our end with two seconds left and sinking a lay up. It defines who we are: We never quit!” Poulin said.

Andrea Hebert paced the Lynx with 15 points while Isabelle Sinclair chipped in with eight.

The Lynx advanced to the final with a 42-41 win over MacDonald Cartier of Sudbury.

Jean Vanier led 36-27 after three and held one as Cartier poured in 14 points in the final quarter.

The Sir Winston Churchill Bulldogs were awarded a silver at the boys AAA volleyball championship in Waterloo.

The team is coached by Brent Mergl, Garrett Goodbrand and Tammy Short.

The Eden Flyers dropped a 13-25, 18-25, 20-25 decision to Stratford Central in the gold-medal game at the boys AA volleyball championship in Brockville.

The Welland Notre Dame Fighting Irish came within three points of a medal at the girls AAA championship in Guelph.

The Fighting Irish, ranked No. 2, dropped a 43-30 decision to Holy Cross of Kingston in the bronze-medal game.

The Irish opened with a 63-42 win over Martingrove Collegiate.

Jessica Ciolfi led the winners with 23.

Chloe Peters netted 20 in a 62-36 triumph over Innisdale.

The Irish then suffered their first loss, a 57-39 defeat against St. Joseph’s of Toronto.

Rousseau had 12 in a losing effort. 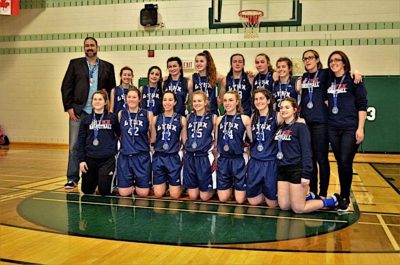 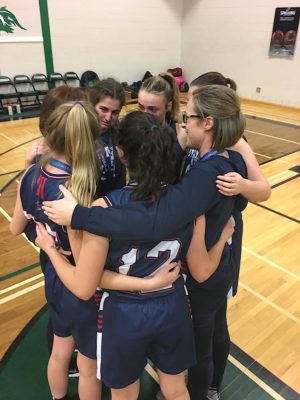